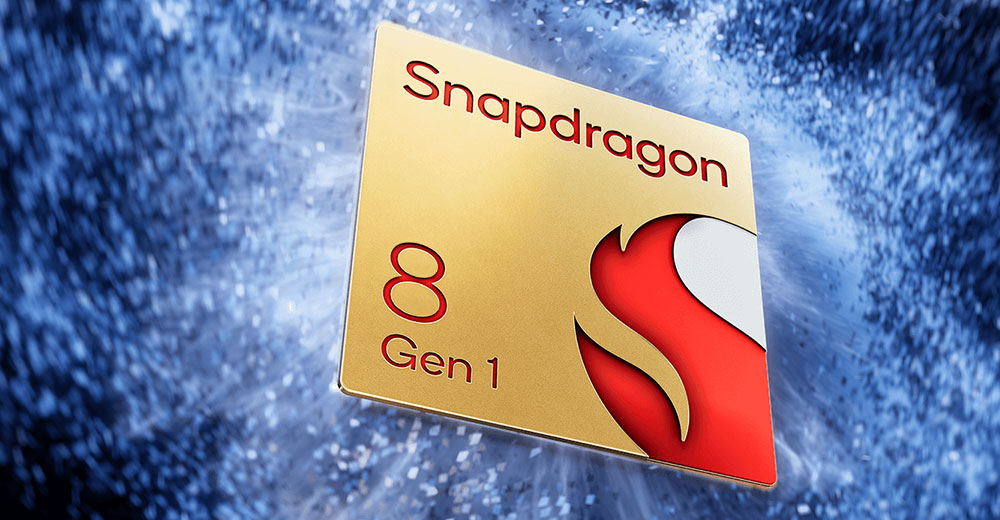 OK, don’t get excited, the death of PCs and smartphones won’t happen tomorrow. Nor did Qualcomm overtly declare their demise at the company’s annual Snapdragon Tech Summit last week in Hawaii. However, it did announce a level of performance that will eventually make current smartphone and PC designs obsolete.

Qualcomm’s rollout of its new Snapdragon 8 platform promises the beginning of a technology revolution that should rather quickly make everything currently in the market obsolete.

In addition, what will result will arguably be so far beyond anything we have seen so far that it won’t be long until someone figures out both these market segments are soon going to slam together and create something new, powerful, and near magical.

For instance, if your smartphone can take better pictures than a professional SLR, provide music quality that exceeds a high-end sound system, and AI capabilities that make translators and existing digital assistants obsolete, is it really a smartphone anymore or something far greater?

Let’s talk about the new Snapdragon platform. We’ll then close with my product of the week, a new Qualcomm-based gaming platform developed in conjunction with Razor that could change console gaming forever.

A Revolution Is Coming

Typically, if we talk about blended products like amphibious cars, flying cars, or even flying boats you get something that does a couple of things poorly.

Amphibious cars were lousy cars, and tended to sink, the flying cars sucked as cars and tended to fall spectacularly out of the air, and flying boats or amphibious planes weren’t competitive with ships or planes except for some unique situations where you had water but no place to put an airport.

The exception to this rule was the smartphone which initially eclipsed pure cellular phones and MP3 players doing both things as well or better than the focused devices did.

We knew this class of device would continue to evolve from the iPhone wave that began this transition. But year over year, the evolution has been gradual — and when things advance gradually, we often miss the rapidly approaching revolution when the technology gets so good that it no longer makes sense to buy any of the focused devices.

The devices that now are on the list to become obsolete arguably include the iPhone and the traditional PC.

Better Camera Than an SLR

I’m an ex-professional photographer. Although I haven’t practiced for decades, I do know what pros look for in a solution. For some time, we’ve had smartphones that were certainly more portable than a dedicated camera but, largely due to the space limitations, they couldn’t approach the quality of one because no one wants to carry a phone with a true camera lens built into it.

Motorola, a few years ago, did create a camera back for their phone but, when attached, it made the device too large to really use as a phone and it remained a largely impressive, but mostly niche, offering.

We’ve had high resolution sensors for some time but getting around the lens problem appeared to be a bridge too far. We’ve also had advanced photo and video editing tools that photographers could use to come close to SLR quality, but they were costly and required training to do right.

What Qualcomm announced was the application of its AI engine to make these photo enhancements automatically; thus, not only getting around the lens issue and matching or exceeding what a dedicated SLR can do, but doing some things, like one-click panoramic pictures, better.

Typically, with a panoramic picture you must pan the image while the phone takes a series of pictures and then blends them together to create a panorama. With the Snapdragon 8 solution users only need to take one shot in panoramic mode to get a 140-degree picture.

Until now the AI capabilities in phones were almost non-existent. With Snapdragon 8 the included AI grows up to be a major function in the phone.

Not only does it significantly enhance pictures and videos, but it can also be used for things like inbound and outbound noise cancellation and to create a far smarter digital assistant than we have today.

The AI can also be used to render digital avatars for future video conferencing products and use the phone sensors to instrument the body to allow those avatars to look more realistic — a critical step on our move to eventually working in the metaverse.

Game consoles have two major problems: most aren’t portable, and they typically are on a five-year plus refresh cycle because of the razor and blade model the segment utilizes.

What if you could get equivalent performance from either your smartphone or dedicated Android game system that was nearly as portable?

Qualcomm presented both concepts, smartphone capability that rivaled a game console and would advance at smartphone speeds, with lower cost games that didn’t have to pay for the cost of the hardware, and a handheld developer platform announced initially with Razer.

We’ll go into more detail on the game system later — but the level of performance in this initial attempt was impressive in both visual and sound, making me wonder if game consoles were about to become obsolete.

They hooked the demo phone to a pair of $7K speakers and the sound was amazing. The depth and sound range rivaled some of the best high-end sound systems I’ve previously listened to; and while I doubt any of us will be buying $7K speakers to listen to music from our phones, we do buy high-end sound systems for our cars. This should make listening to music off our phones on those systems a more awesome experience.

Up until now it often seemed that paying for a high-end car sound system was a bit of a waste if you were listening to the typical compressed sound streams that current phones provide. But with this new platform, I’m dying to see what the result will be when I plug into the premium sound systems in my cars (yes, I did pay extra anyway and would really like to get the value from my purchase).

When you can demonstrate PC-level performance on a smartphone you begin to ask whether the smartphone could take over for the PC with the right set of accessories.

Lenovo showcased its head-mounted display at the event, and it has what is arguably the best portable keyboard in the market. While they have not announced a blended product yet, I imagine they eventually will and, in a few months, we may wonder if most folks who are increasingly running their applications in the cloud need both devices.

For now, Lenovo is focused on laptops with Snapdragon processors. Yet with this level of performance, you start to wonder if you really need two devices with similar performance levels.

The smartphones that will use this new Snapdragon platform should start announcing before the end of the year and you’ll particularly want to watch for the Motorola version which I’ve heard will be amazing. This next generation promises to be a better music player, better camera, better gaming platform, and a dammed good phone as well.

I think this is the beginning of a revolution. When companies like Razer, Lenovo, Acer, and HP, all of which have shown a high level of creativity over the years, figure out the potential to revolutionize the market and use the revolution to dominate it, the change should be both amazing and massive. I can hardly wait.

Sadly, you won’t be able to buy this gaming system for a while as it is in prototype form at the moment. Though at the Qualcomm event I was surprised at the huge esports interest in smartphone gaming in Asia.

I get why gaming in transit on a smartphone is fun but when you are stationary at an event why would you limit yourself in the same way? This would be like being at home watching a movie on your phone while sitting in front of a 4K TV that you could use instead.

In addition, the limited screen is taken up by game controls and your fingers as you play — and those that play must turn off much of the graphics to limit the latency. This makes sense if you want to just win the game, but part of the fun in gaming, at least to me, is enjoying the richness of the graphics.

Now, what if you created a smartphone just for gaming? Granted that has been done before without a great deal of success, but much of the problem with earlier gaming phones was that the gaming content was designed for non-gaming phones, so you got the downside of a specialized device without the upside of a truly better experience.

But thanks to the interest, again largely out of Asia, for games that approach console games in terms of graphics and richness and advances in performance like we’ve seen with Qualcomm’s prior high-performance processors, we now have decent content.

So, Qualcomm partnered with Razer, one of the premier builders of gaming laptops, to create a smartphone-based gaming system focused on gaming — and it looks awesome. 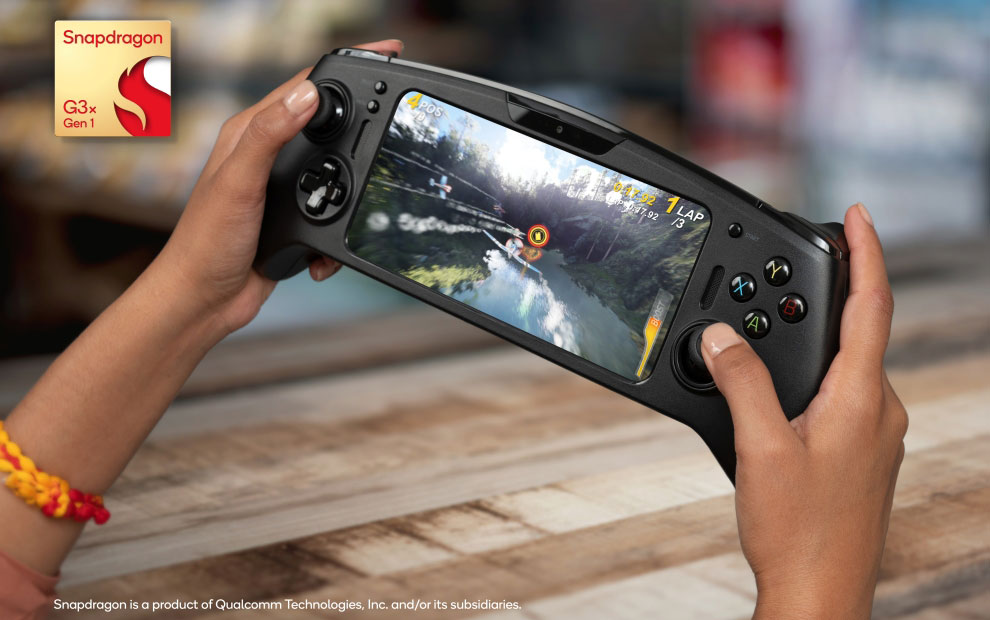 It is the perfect size to use while riding in the upcoming wave of autonomous cars, and I would have killed to have one on the six-hour plane trip to and from Hawaii to the Qualcomm event.

Even though you can’t get one for Christmas this year, it’s not too late to prepare for next year — and with the supply shortages you probably should plan early. In any case, the new gaming platform from Qualcomm and Razer is my product of the week.