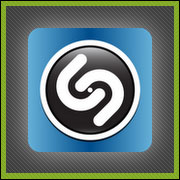 Shazam Encore, an app from Shazam Entertainment Limited, is available for US$4.99 at Google Play. I have to confess to being a little unfair on the Shazam Encore app for its first LinuxInsider test. It is supposed to identify songs you’re listening to, and tell you the artists’ names and lyrics and more.

I think I may have asked it the impossible.

I had downloaded the app just before a planned lunch that included a sojourn to my neighborhood car wash — which conveniently features a simple Mexican eatery.

Sitting on the bench in the shade after the nosh, along with a limo driver or two, watching the hard-workers polish my car, I detected the faint yet unmistakable tinkling sound of elevator music above the roar of the blowing drier.

I opened the just-installed app and after agreeing to various terms, I waited for a blower drier lull. I then pressed the “Touch to Shazam” button and thrust my smartphone skyward, just as an oversized bus went past in the street, and the blower drier kicked-in again.

Shazam failed to identify the music. It told me that it couldn’t find a match and then explained that singing, humming and performances won’t be tagged. Tagging is the identification of the music that’s playing. There was no mention of elevator music — or indeed, car washes.

I decided to go more easy on the app — test No. 1 being an understandable failure — and back at quiet home base, with a now reasonably clean car and full belly, I ran further tests.

Shazam Encore, the paid version of the app, has ads removed. Both the free and paid versions allow you to save 30-second previews; see full lyrics as the music plays; buy tracks; and watch videos.

Tight integration with Spotify lets you listen to tagged music again. Concert ticket purchasing is integrated, and you can also do the usual sharing on Facebook and Twitter. Other potentially useful features include offline functionality.

Test No. 2 involved playing music from the Spotify app on a smartphone through a Bluetooth music gateway and out onto a room-filling stereo system.

I chose some David Bowie — who incidentally used to live along the street from me, and who once sat across the aisle from me on a plane.

Tracks were from the collection The Best of David Bowie 1974-1979, the first track of which was Sound and Vision.

Shazam correctly identified the track within a few seconds and displayed the lyrics in time with the song. For the record — and for those of you old enough who may have forgotten — they start with “aaah… aaah… doo, doo, doo d-doh,” and then “don’t you wonder some times, ’bout sound and vision…”

I was then able to pull up numerous YouTube videos, including archive live video from various David Bowie tours. Full lyrics that displayed on one page, rather than in time with the song, were available, plus discography.

The Shazam app integrated with Pandora too, although I didn’t try it.

I found Shazam worked well with a two-screen arrangement. I played the music on one device — in my case, a smartphone through my stereo — and then viewed Shazam content on a second. 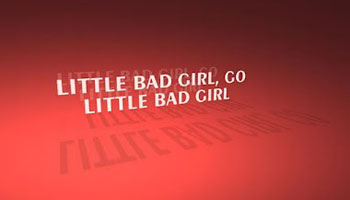 It worked well, with the lyrics popping up on one device in time with the music. I could then follow the additional material, like discography, on the other.

There was the occasional miss, when the app didn’t come up with lyrics, although it always got the song right.

I tried the app successfully on newer tracks too, including Lana Del Rey’s 2012 Born to Die, which, in case you’re interested, starts off “My, oh me, My.”

Whether knowing the lyrics to songs is a good idea, or not, is another question.

Intriguing directions for future Shazam Android apps include listening out for and identifying Shazam-enabled television programming, and then delivering bonus material to a second-screen device.

Your Employees May Be Causing That Data Drip, Drip, Drip You’re Hearing