Turn on an episode of Seinfeld and return with me to the 1990s! This summer the National Venture Capital Association released results for the second quarter of this year, showing that US$7.5 billion was invested in 966 deals. This represented an increase of 19 percent in dollars and deals over the first quarter and continues a trend of larger deal sizes relative to 2010.

Who’s getting the money? The software industry received 35 percent more dollars than in the first quarter, with five of the top 10 deals (including the top two) classified as Internet-specific; that is, the business model is fundamentally dependent on the Internet.

Three key changes are driving the next dot-com boom. First, what is often referred to as “Web 2.0” has become a reality; that is, information is transmitted in both directions on the Web, with receivers transmitting back to the source via comments or rebuttal sites, as well as to each other.

Not only can businesses get real-time feedback on their marketing and products — they can target their marketing more finely. Whether businesses like it or not, every website has the capability to be the center of a community; those that don’t will find users uniting behind the scenes.

This feedback loop is enabled by the rapid decline of the cost of Internet access to about $15/month in the United States. The entrenchment of Internet access in our lifestyle is evidenced by the fact that in some areas, low-income families can now qualify for reduced rates.

This means that small and middle-market businesses can now afford to host applications and warehouse data on a scale unimaginable just a few years ago. More importantly, this model scales with the business and converts fixed costs into variable ones that are often passed on more easily to the customers.

As a result, companies that were innovative dot-com companies look like aging hippies if they have not exploited the cheaper new world, leaving plenty of room for an upstart company.

Where is the open road? Look for industries managing large volumes of data; two excellent examples are education and healthcare, where the users (students and patients) are really extensive data sets collected over a long period of time.

One opportunity lies in becoming the tool to manage and aggregate the data, and another lies in the ability to synthesize and distill enormous data sets because data collection is suddenly a low-cost exercise.

Note that the capability to conduct research suddenly becomes highly valuable in this world, particularly because the analysis skills are not scalable. These opportunities have extra risk because of the importance of federal regulation and privacy policies, such as COPPA and HIPAA, in managing data security, and thus extra industry knowledge will be more valuable.

In addition, companies offering new security protocols will be attractive investments. One feature that will have little value is content, since it is overflowing on the Internet for both education and healthcare, although content coupled with self-assessments and other interactivity will be valued as an added Web 2.0 application.

Venture capital is stirring again and looking to reinvent the industries that were transformed 15 years ago. Decreasing costs for Internet access make it possible to “seed cloud computing” to make rain. Smart entrepreneurs know that the time is right to launch a company with business models focused on data collection, aggregation and analysis. 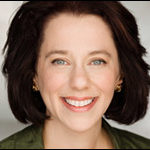 E-Commerce Times columnist Andrea Belz is the principal of Belz Consulting and the author of The McGraw-Hill 36 Hour Course in Product Development. Belz acts as a product catalyst, specializing in strategies that transform innovation into profits. She can be reached at andrea-at-belzconsulting-dot-com. Follow her on twitter at @andreabelz.

Our Work Is Done Here, Right? 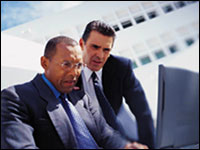