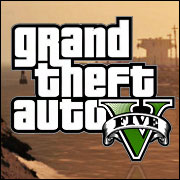 The launch of Grand Theft Auto V last month was a success by any measure, but Tuesday’s debut of GTA Online wasn’t quite as smooth.

Rockstar Games itself predicted a buggy arrival for its game’s online counterpart and said it bought new servers ahead of time to support the predicted demand, but on Tuesday players looking to commit online break-ins and heists were all but locked out.

“For those trying to get into GTA Online today, please bear w/ us on some day one tech connection issues that we’re working to stabilize asap,” the company wrote in atweet following the launch.

Rockstar did not respond to our request for further details.

Access to Grand Theft Auto Online is free with a copy of Grand Theft Auto V. A Title Update was released Tuesday morning on both PlayStation Network and Xbox Live; installing it automatically unlocked direct access to GTA Online in the player’s GTA V game menu.

This is the first online version for the game series, which so far has been a massive single-player game, and Rockstar promised it would be determined as much by the player as the developers.

Indeed, “like the Elder Scrolls online, Grand Theft Auto Online is based on a single-player franchise that delivers a huge world to explore and conquer,” noted George Chronis, game analyst at DFC Dossier. “The major difference outside of this milieu is that Grand Theft Auto is so much more popular a franchise, with many more millions of players.”

‘There Are Going to Be Problems’

While the launch hasn’t exactly gone smoothly, it also isn’t exactly a huge surprise and shouldn’t be for fans, either.

“It is surprising in that you would think that Rockstar, which has the biggest game of the year, would be ready,” Semel told TechNewsWorld, “but everybody who brings a game online knows there are going to be problems.

“Blizzard, which really knows online games, had problems, and if they have problems then anyone else will have problems,” Semel added. “It shouldn’t happen, but it always does.”

“With GTA V’s record-breaking sales, it isn’t surprising there would be issues with the launch of GTA Online,” said Wanda Meloni, senior analyst at M2 Research. “Launching an online multiplayer game of this magnitude is a daunting task, and even though Rockstar has acknowledged before the launch there would be problems early on, I don’t believe they anticipated the extent of the issues.”

‘This Will Set a Bar’

While the early problems were clearly a testament to the game’s success, it’s now up to Rockstar to make it up to users for the early difficulties.

“They should offer gifts to make it right with their users,” suggested Rob Enderle, principal analyst at the Enderle Group. “This will happen more and more until more folks use analytics to better estimate first day usage or limit first day usage so the loads are more spread out.”

This launch could also be the new benchmark in setting expectations.

“This will clearly set a bar that Rockstar should be able to exceed in the future,” Enderle told TechNewsWorld. “Online gaming is where we are now, and for this class of game it is increasingly a requirement.”

“Being able to choose your grandparents and parents to give your character a certain look is interesting,” Meloni told TechNewsWorld. “You are picking your family tree, what you look like and your lifestyle to position your character in the game.

“That kind of complexity to the storytelling makes this additionally hard to manage as an online open world,” she noted. “Add to the mix the microtransactions, and it is really an awesome feat. So, while players may be frustrated in the short term, the longer-term play dynamics will be amazing to watch.”

‘Everyone Wants to Try It’

“The online component doesn’t turn the game into a World of Warcraft,” noted Semel, “but you are playing an online game with the usual components such as death match and team death match. In the end this is still going to be Grand Theft Auto, and that’s why everyone wants to try it.”

It remains to be seen whether Rockstar, with its notoriously long development cycle for the GTA series, will be able to keep up with those looking for more online.

“If players race through launch content faster than Rockstar can add content — as was the case with Star Wars: The Old Republic — then active player numbers could decline severely when these people perceive there is little left to do,” noted Chronis.

“That would necessitate culling servers and merging remaining accounts, which usually antagonizes existing players,” he added. “The question is how long Grand Theft Auto Online will hold players over time. Despite Rockstar’s best intentions, the answer will only be known after people play the game for a while.”