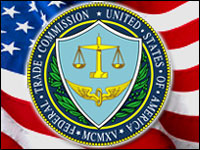 Rep. Ed Markey, D-Mass., and Rep. Joe Barton, R-Texas, co-chairmen of the Congressional Bi-Partisan Privacy Caucus, have sent a letter to Joe Leibowitz, chairman of the Federal Trade Commission (FTC), addressing Facebook’s use of cookies to gather information from members who surf the 905,000 sites that display its “like” button.

Their letter also raises concerns over Facebook’s commitment to fix the problem. Markey and Barton noted that Arturo Bejar, Facebook’s director of engineering, told The Wall Street Journal that fully correcting it “will take a while.”

Facebook should make this a top priority, they said.

The representatives asked the FTC what actions it had taken or planned to take to investigate the issue, noting that it falls within the FTC’s mandate under Section 5 of the Federal Trade Commission Act, which covers unfair and deceptive acts or practices.

While the controversy was prompted by new information about Facebook tracking browsing activity without the knowledge or permission of users, Facebook is no stranger to privacy controversies.

“The tracking issue is only the newest chapter in a long history of Facebook privacy mishaps,” Rainey Reitman, activism director of the Electronic Frontier Foundation, told TechNewsWorld. “Eight hundred million people use Facebook. How many of them suspected that Facebook was invisibly tracking their browsing history even after they logged out of Facebook? Probably not many. Tracking a user after he or she logs out violates a fundamental privacy expectation. If the user didn’t mind being tracked, she likely wouldn’t have gone to the extra effort of logging out of Facebook.”

Public outrage could influence the FTC’s decision on whether to take any action.

“I can’t say whether the FTC will launch an investigation into Facebook,” said Reitman. “However, I urge people who are concerned about this issue to use the FTC website to submit complaints to the agency. This helps the FTC gauge the public concern around an issue, and could spur them into a more formal investigation.”

Several pieces of legislation have already been introduced to address the issue of online tracking, she noted.

“This privacy mishap could help drum up support for bills like Rockefeller’s Do Not Track bill,” Reitman said.

However, it’s unlikely that Facebook’s latest privacy fiasco will result in major changes in the way it operates, in Reitman’s view.

“Ideally, the grave privacy concerns raised by this issue would shame Facebook into respecting user privacy and being transparent in their data collection practices,” she said, “but given Facebook’s long history of running roughshod over user privacy expectations, I can’t say I have much hope that this will result in substantial changes in Facebook’s philosophy.”

Google may have attempted to head off any congressional impulse to regulate by making its Google+ privacy settings very clear to users. Facebook’s latest snafu could work in Google’s favor.

“Facebook’s privacy blunder comes shortly after the launch of Google Plus, which has positioned itself as providing a similar service to Facebook while providing more straightforward controls for limiting the publicity of data you share,” Reitman pointed out. “If the Facebook brand is tarred with the reputation of being insensitive to user privacy concerns, it could leave space for competitors like Google Plus and Diaspora.”

Did Zuckerberg Create His Own Problems?

Facebook’s claim that its privacy blunders were unintentional have prompted skepticism.

“One tends to be cynical when dealing with Mark Zuckerberg,” Laura DiDio, principal analyst at ITIC, told TechNewsWorld. “He started Facebook seven years ago and aced out all of his buddies. One has to wonder how he could be that smart and that dumb at the same time. In general, it’s good if Congress starts getting behind these things and trying to regulate them.”

“When you become a billionaire at 25 and you’re surrounded by sycophants who tell you how brilliant you are, you can do dumb things,” she remarked. “He did not invent the polio vaccine. It’s just a social network.”