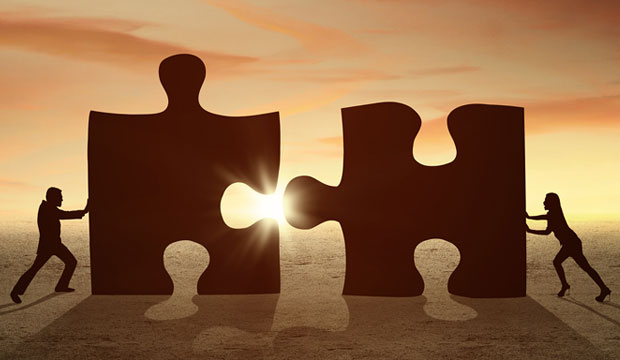 Rancher Labs and Fujitsu on Tuesday announced an alliance to hasten the adoption of Kubernetes container orchestration technology industry-wide, starting within public sector institutions in the U.K. and Ireland.

The alliance was forged partly in response to the growing requirement by the U.K.’s Government Digital Service for public organizations to embrace a ‘cloud first’ policy. Dealing with the urgent need for an agile DevOps approach to digital transformation was another driving factor of the alliance.

With the global economy and cloud storage providers extending beyond national borders, the innovations will influence uses in other countries as well. Rancher Labs has offices in London and California. Fujitsu is headquartered in London.

In a related development, Rancher Labs CEO Shang Liang announced on July 8 an agreement for Suse to acquire the six-year-old company. However, that planned acquisition is not expected to change the goals of the Rancher Labs – Fujitsu partnership, company officials said.

“We have been open-source advocates for many years. Rancher is a monumental fit for us in monetizing Kubernetes,” Jason Daniels CTO, Public Sector, Law and Order at Fujitsu UK, told LinuxInsider.

Daniels said his company is asked the question often about the impact of the Suse acquisition. The three companies are all huge advocates of open-source, and Fujitsu has partnered with Suse in the past. He called the acquisition a win-win deal for all involved.

Rancher Labs, a privately-held open-source company, and Suse, the largest independent open-source software company and a leader in enterprise Linux, shared close ties from earlier open-source activities. The acquisition will further their mutual goals with this arrangement, said leaders of both companies.

Rancher Lab’s mission was to develop the next generation enterprise computing platform built on a relatively new technology known as “containers.” As a startup, the company could not have anticipated the tremendous growth and popularity of the Kubernetes technology, Liang added in announcing the pending acquisition.

The acquisition is expected to close in October 2020. When it does, Liang will lead the combined engineering and innovation activities at Suse. He expects an accelerated pace of product advancement. Given Suse’s 28-year history building a highly successful open-source business, Rancher’s commitment to open source will remain strong, he said.

Liang described the pending acquisition as “a launch point for further growth of Rancher.” Rancher and Suse will help organizations control their cloud-native futures, Liang added.

Rancher often engages with government agencies around the globe. He sees that as an asset, for instance, in doing business with firms based in the U.S. and Canada, he told LinuxInsider.

The acquisition price was not disclosed. The deal’s final approval is subject to customary regulatory closing conditions including receipt of regulatory approvals, according to Suse officials.

“This is an incredible moment for our industry, as two open-source leaders are joining forces. The merger of a leader in Enterprise Linux, Edge Computing and AI with a leader in Enterprise Kubernetes Management will disrupt the market to help customers accelerate their digital transformation journeys,” said Melissa Di Donato, Suse CEO, in a blog announcement posted on the Rancher Labs website.

“Only the combination of Suse and Rancher will have the depth of a globally supported and 100 percent true open-source portfolio, including cloud-native technologies, to help our customers seamlessly innovate across their business from the edge to the core to the cloud, she said.”

This combination is also a big win for Suse’s global partner ecosystem which will now be able to provide an even broader range of solutions to their customers with Rancher’s solutions. It marks the first step in Suse’s Inorganic Growth Strategy since becoming a fully independent software company in March 2019, according to Suse officials.

Adding macro-level changes to the equation, such as the uncertainty associated with COVID-19 and Brexit, heightens the challenge of modernizing existing and legacy infrastructure.

“Containerization addresses this complexity by abstracting development away from the underlying hardware and tactical cloud investments so that developers can focus on developing their applications,” he said.

Containers allow developers to create highly portable code that can be developed once but then deployed to multiple environments or hybrid infrastructure, across multiple security classifications. Add Kubernetes, and it is possible to scale across disperse datacenters with consistent networking and access control.

However, Kubernetes requires a certain skill set, and working with an orchestration partner like Rancher can dramatically reduce the management overhead, suggested Daniels.

Here is the crux of the issue. If a company deploys Kubernetes on-premise in a private cloud and then needs to port an application to Amazon Web Services or Azure, managing the complexity of having multiple Kubernetes deployments is hugely problematic. The solution to supporting developers in this challenge is Rancher, he proclaimed.