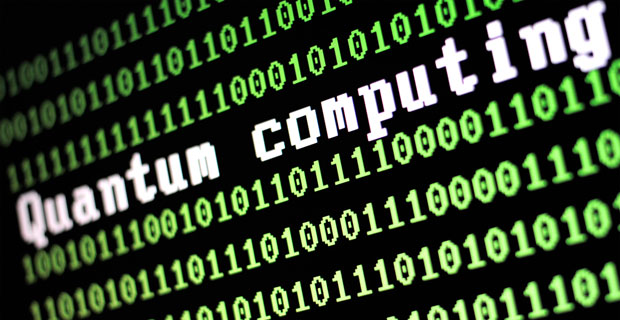 A method for scrambling data to protect it from the super powerful computers of the future has received a speed boost from a team of researchers from Duke and Ohio State universities and the Oak Ridge National Laboratory.

The problem in the past with the technology is it’s slow, they explained. Transfer speeds typically are measured in kilobits per second. However, the researchers found a way to increase key transmission rates between five and 10 times, bringing them into the megabit per second range.

Making quantum key distribution practical is viewed as a way to counter the future threat to encrypted data.

“One powerful aspect of quantum encryption is that it is secure against quantum computers,” said Kevin Curran, a senior member of the IEEE and a professor of cybersecurity at Ulster University in Northern Ireland.

“Its strength does not depend on mathematical complexity, like current cryptography, but on physical principles,” he told TechNewsWorld.

Quantum computers pose a serious threat to cybersecurity because most current cryptosystems potentially could be broken with a powerful quantum computer in a reasonable amount of time, the researchers wrote.

Quantum key distribution with symmetric encryption is one of the very few methods that can provide provable security against an attack aided with a quantum computer, they maintained.

A major limitation of most current QKD systems, though, is the rate at which the secret key is generated, the researchers wrote. It is orders of magnitude lower than existing digital communication rates — a limitation that ultimately prevents QKD from being useful for a wide range of communication tasks.

With their system, though, the researchers were able to generate provably secure cryptographic keys at megabit-per-second rates over metropolitan distances — 10 to 50 miles. What’s more, the system can be built with mostly off-the-shelf components, and the protocol the researchers developed is robust against coherent attacks on the data it’s moving.

The researchers were able to obtain their speed boost by finding a way to pack more information on the photons used to carry a key’s data. With adjustments to release time and the phase of the photon, they managed to get two bits of data on the particle instead of one.

However, that trick could have adverse consequences if the researchers’ scheme tries to reach beyond metro ranges, noted Jon Geater, CTO of Thales.

“QKD has always held much promise, but it suffers from practical issues. Actually, the speed improvement here doesn’t really address the biggest issues, which are stability and range,” he told TechNewsWorld.

“While the theory and physics are somehow perfect, practical implementations in glass fiber can only survive around 150 miles before breaking down and becoming unusable,” Geater said. “It is unlikely that doubling the carriage density of each photon will help with this.”

While there is concern that a new generation of quantum computers could break current encryption schemes, fighting quantum with quantum isn’t the only solution to the problem.

For example, public-key systems can be designed to generate random keys with each message sent.

“This means that if a quantum computer compromises one message in a system, all others are not also compromised,” Ezell told TechNewsWorld.

Such systems have advantages over new schemes like quantum key distribution, said Jonathan Katz, director of the Maryland Cybersecurity Center.

“These replacement systems being developed that are thought to be resistant to quantum computers would fit in more easily to the current way key distribution is done than quantum key distribution would,” he told TechNewsWorld.

Still, betting on a “post quantum” mathematical solution could be a risky wager.

“What the United States would like to do is replace the hard math problem used in the current cryptographic schemes with a different math problem that we hope is not breakable by a quantum computer,” explained researcher Gauthier, who is a professor of physics at The Ohio State University.

“The rest of the world is definitely looking at those,” he told TechNewsWorld, “but they’re not putting all their faith in that one approach.”