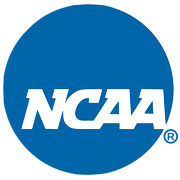 March Madness is upon us, and there are few better places for hoops fans to get their fix than the NCAA Vault.

The Vault, powered by Thought Equity Motion, is a treasure for hoops nuts, hosting video content of the NCAA Basketball Tournament dating back to the 1970s — dunks, buzzer-beaters, even entire games.

By allowing sports fans to relive events from the past, the Vault gives a glimpse into the future of sports video content.

TechNewsWorld spoke with Kevin Schaff, CEO of Thought Equity Motion, about how The Vault came to be and where it’s going.

TechNewsWorld: Kevin, thanks a lot for taking the time to chat, I appreciate it.

Thanks for having me.

TNW: I’m curious how this website, where you have all this great footage of NCAA basketball games, kind of how it came to be, and what the background is on its birth, so to speak.

So the quick background is that when the NCAA first started to work with Thought Equity, they effectively had all these great videotapes that were sitting on a shelf. So you’re talking about every great moment in NCAA basketball tournament history. And the rights of that content are worth billions of dollars, and the NCAA was looking for a way to help bring that content forward to be consumed by the fans at a national, regional and local level.

We went through several different iterations with that with them, where we became the non-live rights partner with the NCAA — that was the first step. So we represented the content and we could start making it accessible by digitizing that content and then putting meta-data on it.

We tried to put the actual games online. We did it with all different types of sports sites and different search engines. We thought that just making the game accessible would actually get the fan to a state that they really needed.

What we found out is that people didn’t want to watch the game as a whole anymore. What they really wanted was smarter content. They wanted to be able to come in and consume the content in a different way. So the concept behind the Vault was making a sort of video Wikipedia where you put the actual game up, but more importantly break down every play, every player, every team, so that people could come in and type “Carmelo Anthony dunks,” and instantly not be brought into a short clip, but be brought into that moment in specific games that you could click through. So the key to the Vault is actually around the meta-data and the video access.

TNW: One of the things that you mentioned a moment ago was the copyright, and how that was one of the first hurdles. I wanted to ask you about that, because I know that the rights to the NCAA Tournament — this is huge money at stake. It was just a year or two ago that the NCAA Tournament television rights went for $11 billion over 14 years. So there is a lot of money getting bandied about for this. What was that like to navigate the hurdles when it comes to copyright, who’s allowed to disseminate this, who’s allowed to share it? Was that tricky considering all the money at stake?

It’s very tricky. I mean, the NCAA is very serious about the protection of their copyright. When you get that kind of money over that short of a period for your rights, it’s one of the most lucrative rights deals in the world.

On the other hand, there are a lot of rules and regulations that you have to follow to do it right, and the NCAA trusted Thought Equity and their technology to stay in those guidelines and to be able to navigate that. So it put us in a very fortunate position to take that step with the NCAA.

TNW: Is it correct to assume that Thought Equity ponied up a fair amount of money to have those non-live rights?

TNW: Another thing I wanted to ask you is why more sports bodies don’t do this. It’s great that this is there for college basketball. And you know, to be honest I’m a junky with the Vault … I watched the 1979 national title game the other day with Larry Bird and Magic Johnson. So this stuff is right up my alley.

But I’m curious why there isn’t more of it. Why wouldn’t you, for example, be able to go watch the 1982 Super Bowl, or the old World Series? What’s prohibiting this from becoming a broader phenomenon?

The NCAA is definitely a pioneer in the rights development world. So they were one of the first to take this idea that we brought to them and bring it forward. But one of the reasons that it’s been a little bit slower to develop is — it’s not any one single thing, it’s a couple things.

One is that ad rights and online video monetization and that whole marketplace is still developing and growing. The other side of it is that rights are being restructured in a way that the ownership is now becoming clear. In the sports world, the live rights were kind of the encompassing body of all rights, and now that’s being brought back to where the league owns different non-live rights. So the rights are being tiered into live, near-live and non-live windows, and it’s becoming more and more common for the broadcaster to not own content, but to own the window instead …

The last thing is, these are all based on new technologies. Making smart content and more accessible content costs money, and Thought Equity has invented a lot of ways to bring the content and economics back into play so that people can actually afford to do this. And you’ll see a nice lineup of vaults come forward over this next year across a lot of different sports properties.

TNW: Is there at this point any technological hindrance to doing this? Or is all the requisite technology in place and it’s just a matter of those other logistics that you were talking about?

Thought Equity has mastered this particular part of the value chain, to where this is all we do — make content smarter, we make it more accessible. Doing that for sports fans, where there’s huge consumption, we’ve mastered a lot of that.

As far as for other platforms and other companies, they don’t have all the software built or integrated. So there’s a combination of tools that you have to license and software that you have to build in order for this to actually work. A lot of it comes down to meta-data and how you apply that text.