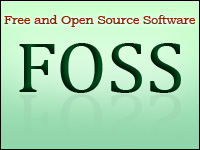 With previous open source software acquisitions that have included Rabbit Technologies’ RabbitMQmessaging, Zimbra email and collaboration and SpringSource, VMware seems to have found itparamount to participate and integrate with open source software technology and communities, despiteits heritage as a strictly proprietary virtualization vendor.

VMware continues to back and sell mostlyproprietary software and products, but its broader engagement of open source also highlights hownearly all vendors in today’s market are, at least to some extent, users or purveyors of open sourcesoftware. We’ve also seen examples of how the vendors that resist open source are likely to findthemselves isolated from vibrant communities ifthey stick to a closed technology approach.

The prime example used to be Microsoft, which recently continued its transformation from strictlyproprietary to a more open source-friendly vendor by spinning off a separate unit for openness. Even though Microsoft is still primarily interested incompeting with open source rivals and protectingits own interests and markets, there is no question the formerly quintessential proprietary softwarecompany is now very much a player in the world of open source software.

We’ve seen some examples, and the industry has received some lessons of what happens whenorganizations or vendors hold out on open source and attempt to disregard it, don’t leverage it — orworse, discredit it, such as the SCO ordeal,which ended up strengthening enterprise open source. We’ve also seen examples of how difficult itcan be to maintain open source software community projects, involvement and goodwill in Oracle’sdifficulties with some of the technology and community it acquired with Sun Microsystems.

The increased involvement of vendors such as VMware and Microsoft in open source shows howfar open source software has come and the incredible transition that has taken place in enterprisesoftware over the past 10 years. Beyond the various vendors, open source software is alive and wellin the top trends of today’s enterprise and consumer software, including cloud computing,Big Data, devops and mobility.

The changes in the market and among developers also have impacts on open source softwarecommunities. First, we’ve seen cloud computing disrupt what parts of infrastructure and applicationsare most important to developers and users. This is most evident when it comes to APIs, which are oftenas critical and important to providers and consumers as availability and access to source code.

There still is a difference, however, between a VMware that has built itself up largely on proprietarysoftware licensing and revenue and a Red Hat, which has stuck to an open source strategy through itsmaturation.

We also see vitality in new open source software companies that are leveraging communityand developer/system administrator reach for enterprise opportunity: Puppet Labs, Opscode andCFEngine. These server automation players are often central to enterprise implementations of cloudcomputing and devops, attracting large enterprises and service providers as customers. All three havestrong open source software and communities at their core, and they still serve as a contrast to the many proprietary players that, while welcome in the wider community of enterprise open source, didn’tnecessarily choose that path on their own from the start.

LinuxInsider columnist Jay Lyman is a senior analyst for 451 Research, covering open source software and focusing primarily on Linux operating systems and vendors, open source software in the enterprise, application development, systems management and cloud computing. Lyman has been a speaker at numerous industry events, including the Open Source Business Conference, OSCON, Linux Plumber's Conference and Open Source World/Linux World, on topics such as Linux and open source in cloud computing, mobile software, and the impact of economic conditions and customer perspectives on open source. Follow his blog here.