The New York Times Co. reported a profit of US$15.7 million this quarter, compared with a $4.3 million loss in the same period last year.

The boost came from a number of sources, including a cost-cutting initiative, digital ad revenues — as opposed total advertising — and digital subscriptions.

Launched earlier this year, the paper’s online paywall — a closely watched initiative in the publishing industry — boosted the number of digital subscribers to 324,000 from 281,000 in the previous quarter. Most customers access the site via PCs, but a growing number are using tablets and e-readers.

Indeed, Q3 figures confirmed what the second quarter earnings suggested: namely, that the paywall was an almost immediate success.

“We are generally pleased with how things are going,” Eileen M. Murphy, vice president of corporate communications at the NYT Co., told the E-Commerce Times.

“The launch of digital subscriptions at The New York Times has created a far more rational pricing structure for our products,” she said.

There was little disruption to the site’s online traffic or home-delivery circulation following the launch of the paywall, she added.

With the paywall officially deemed a success, alongside similar, earlier endeavors from the Financial Times and The Wall Street Journal, it’s likely that more news will be placed behind paywalls.

The NYT Co. recently put The Boston Globe’s content behind a paywall, for example. Others that have adopted the model include Newsday, Variety and the Tallahassee Democrat have rolled out similar technology, with varying degrees of success.

Nonetheless, the Times’ success can be considered a game-changer, David Johnson, principal of Strategic Vision, told the E-Commerce Times. “I think we will see more newspapers move forward with this now that the Times has proved people are willing to pay for quality journalism. Within a year or two, I think we will see most newspapers charge a fee to read articles online.”

People are becoming increasingly reliant on the Internet as connected mobile devices and e-readers become ubiquitous, Johnson pointed out.

“This is where the paper-news industry is headed,” said Kenneth C. Wisnefski, founder and CEO of WebiMax.

The New York Times’ example is even more telling when placed in a larger context, he added.

“As I recall, The New York Times almost had to close doors last year as subscriptions were falling sharply. Although they have released a digital tablet edition and mobile app, offering digital subscriptions is one of the best moves they have done.”

The industry — and the Times in particular — are still in the early days of the paywall experiment, observed Paul Levinson, a professor of communications and media studies at Fordham University.

Ultimately, it will fail, he predicted. “People don’t like to pay for content, and if there continues to be competition from free sources like The Huffington Post, I don’t think this model will survive in the long run.”

Not all of the paywalls introduced by media have succeeded, Levinson pointed out — some experienced huge drops in page views after they were erected.

Netflix’s unhappy experience after its recent rate hike is a cautionary tale, he suggested. “That was an organization that was already charging money for a product. People have a set idea of what they will pay online, and for news content, that idea is zero.” 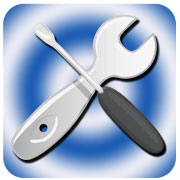 How to Improve Your Video-Streaming Clarity

T-Mobile and the $200K Phone Bill: What’s Wireless Data Worth?