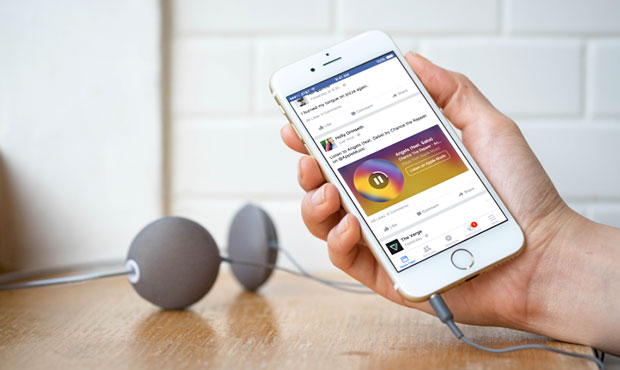 Clicking the link will launch a 30-second preview of the music, which is streamed from either Apple Music orSpotify. Listeners then can purchase the music from the service or save it to their account there.

Facebook plans to add other streaming services to the feature. There was no word on whether it will offer Music Stories in its Android or Windows Phone apps.

More Than Just a Link

Subscribers who participate in Music Stories can do more than just paste a link; they can add commentary and remarks as well.

Music Stories is part of Facebook’s News Feed, and it could extend the reach of the artists whose work is posted.

Spotify users have to sign into their account on the service and grant Facebook permissions the first time they use the Music Stories feature, said Spotify spokesperson Marni Greenberg.

Participating in Facebook Music Stories “provides Spotify listeners with a more engaging and simple way to listen to, discover and share music they love,” Greenberg said.

Music Stories is an extension of the music sharing capabilities for Spotify and Rdio that Facebook has had for some time.

Spotify and the iTunes Store not only serve up music, but also have their own sharing capabilities.

Apple Music, which was unveiled in June, includes Connect, which lets artists share lyrics, backstage photos and videos with fans and release their latest songs directly to fans.

Many musicians sell their music directly through Facebook, or through services such asCD Baby, which has its own Facebook page.

Music Stories “gives musicians more exposure and won’t be a problem because the number of musicians who are successful at selling on Facebook constitutes a very small group in a very large universe,” said Susan Schreiner, an analyst atC4 Trends.

“This is going to be a win-win,” she told TechNewsWorld.

The Impact of Music Stories

Music “is one of the top five applications for Facebook,” remarked Russ Crupnick, managing partner atMusicWatch. “You have a significant number of Facebook followers engaged with music artists, following them and talking about them.”

Apple and Spotify can only benefit from Music Stories, he told TechNewsWorld, because “when you have the kind of audiences that Facebook does, the ability to create some linkage between people and Apple Music, which is really just getting started, and Spotify, which has a few years under its belt but can still grow its audience, is very valuable.”

Facebook had about 1.5 billion monthly active users in the second quarter, according to Statista.