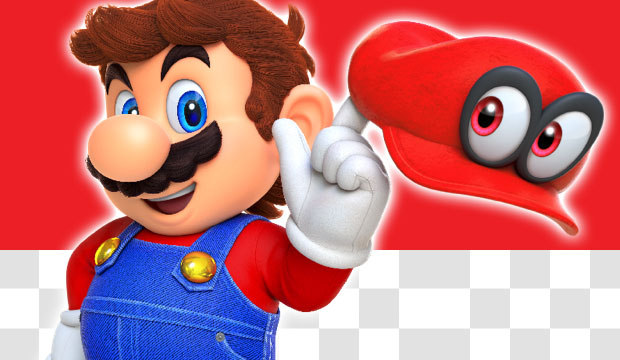 Nintendo will provide numerous activities and spotlight its in-development titles at next month’s Electronic Entertainment Expo (E3) in Los Angeles. However, it once again has decided not to host a traditional press event, despite the fact that Nintendo was one of the first companies to establish the tradition of holding a pre-show briefing for institutional investors, analysts and the media.

Competitors including Sony and Microsoft soon followed suit, and third-party publishers, including Electronic Arts and Ubisoft, recently joined in, resulting in a full day of press conferences and related events before the official opening of the show.

This year Nintendo once again will offer live-streamed presentations from its booth on the show floor, it said last week. The highlight for the upcoming show could be the official unveiling of Super Mario Odyssey, a Mario-themed sandbox-style adventure for the recently released Nintendo Switch console system.

“The Nintendo Spotlight: E3 2017” video presentation also will focus on other Switch games launching this year. Plus, E3 2017 will see the return of “Nintendo Treehouse: Live at E3,” a live-streamed showcase of games for the Switch and Nintendo 3DS.

In addition, the company will host tournaments for popular Nintendo games, including Splatoon 2 and ARMS, which will be live-streamed from the show floor June 13-14.

“Our various E3 activities will showcase the next steps for Nintendo Switch, from a summer of social competitive gaming to a holiday season highlighted by a milestone Mario adventure,” said Reggie Fils-Aime, president of Nintendo of America.

“With ‘Nintendo Treehouse: Live at E3,’ fans at home can watch in-depth gameplay of Nintendo Switch and Nintendo 3DS games launching this year,” he added.

Nintendo’s E3 activities will kick off on Tuesday, June 13, at 9 a.m. PT. They can be viewed on Nintendo’s E3 portal, as well as on its YouTube and Twitch channels.

E3 attendees will be among the first to have an opportunity to experience Super Mario Odyssey, a game that could be the next “killer app” for the hybrid console that was designed to be both a home gaming platform and a portable gaming system.

Nintendo announced the Switch last fall and released it worldwide earlier this year. It has sold in excess of 2.74 million units to date worldwide, but the next wave of software titles will determine whether the Nintendo faithful truly embrace the system.

“The opening year is critical for Nintendo’s Switch, in terms of bringing its most enthusiastic fans on board, and cultivating the kind of momentum that makes the platform all the more attractive to third-party partners, especially given the poor performance of the Wii U,” said Steve Bailey, senior analyst for games at IHS Markit.

“Switch launch title Zelda: Breath of the Wild turned out to be one of the best-reviewed video games ever, showcasing the power of Nintendo’s development capabilities when in top form,” he told TechNewsWorld.

“This year, we’ll be seeing Super Mario Odyssey detailed at E3, which is expected to be the key IP for Switch in the fall,” Bailey added.

The question now is whether Mario once again can be the hero who rakes in the coins — in this case, profits for Nintendo. The sakes couldn’t be higher for the signature character.

“Mario has as renowned a history as Zelda, and is one of the biggest properties in all of gaming — thus expectations are going to be extremely high,” explained Bailey.

“A poor reception for the game’s E3 showing will feel especially disappointing, given the software high that Nintendo is currently riding,” he added.

“Switch is off to a fine start — and as they build the library, more people are likely to buy it — but they need to keep releasing strong titles that people want to play,” said independent video game industry analyst Billy Pidgeon.

“The 3DS has some more life left in it, but I don’t see much left with the Wii U,” he told TechNewsWorld.

The reception the next wave of games receives will be important as Nintendo tries to recapture the success it enjoyed with the Nintendo Wii, which was released in 2006.

“Games like Mario Kart 8 Deluxe and Splatoon 2 are covering the mid-year period of a strong first-year software lineup, but we always look to E3 for the console manufacturers to define the runway into the all-important Christmas period,” said IHS Markit’s Bailey.

“The original Wii sold well, but it didn’t sell a lot of software,” noted Pidgeon.

“The Switch is looking good, but Nintendo still needs to continue to deliver good games that will stoke the hardware,” he added.

“The hardware still has a long ways to go, but Nintendo was clever to introduce the system off season. They didn’t introduce it at E3 and didn’t release it during Q4,” noted Pidgeon.

“As for Nintendo being headed in the right direction, we’re yet to see it implement its paid online service — due later in the year — and there’s the longer-term point of how it pitches the Switch to broader audiences into 2018 and beyond,” added Bailey. “The console is set for a solid 2017 but still has questions to answer.”