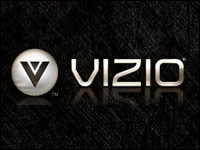 Vizio rolled out its first line of computer devices Thursday, including CN15 laptops, the CT14/C15 Ultrabooks, and CA24/CA27 all-in-one PCs.

The thin, metallic devices in the computer line have drawn comparisons to products made by Apple. And with the clean Microsoft Signature user interface, they give the user an experience that’s perhaps close to what one would get on a Mac.

Signature is a stripped-down version of Windows 7 without third-party ad-ons, which critics sometimes term “bloatware.”

The Vizio laptop and netbook “look a lot like MacBooks, and I think you could argue that the edge treatment actually makes them look thinner,” Rob Enderle, principal analyst at the Enderle Group, told TechNewsWorld.

However, “Apple buyers like the entire white-glove experience, and Vizio can’t provide that,” Enderle continued. “And Apple buyers are pretty loyal to the Mac OS.”

Vizio’s all-in-one PCs use third-generation Intel Core dual- and quad-core i3, i5 and i7 processors. They have a premium subwoofers and are positioned as an entertainment-cum-work devices. They’re available with 24-inch or 27-inch 1080p HD displays.

Vizio’s notebooks have aluminum unibodies in a 0.66-inch form factor similar to the MacBook Air. They offer 14-inch or a 15.6-inch displays, both with 1,600 by 900 resolution. Both notebooks have two USB 3.0 ports, a single HDMI port, a 1.3 MP webcam, and a 128 GB solid-state drive. They come preloaded with Windows 7 Home Premium.

The notebooks and the 24-inch all-in-one PC are priced at US$900. The 27-inch desktop PC starts at $1,100. All the devices are available now from Walmart, Costco, Target, the Microsoft Store and other retailers, and can also be purchased from Vizio’s website.

Where Vizio Sits in the Market

Vizio, which is mostly known for its flat-panel TV displays, may be taking on both Apple and other PC makers with its new computer line.

“The Thin + Light [notebook] line lacks the Nvidia graphics for parity, but the larger product is very close to the Apple spec at a more attractive price,” Enderle said. Despite the Thin + Light line’s lack of graphics power and the fact that the 15.6-inch notebook “isn’t very thin or light,” Vizio’s products “will appear substantially better than competing products [from other PC manufacturers] on the same shelf. For the money, these could be a good buy.”

The all-in-one PC “could carve out a nice position reasonably quickly” against similar products from other vendors, who aren’t as focused on such devices for now, Enderle suggested.

The Vizio products “are very much like Apple’s from a hardware-centric view but with a Windows interface,” Pund-IT’s King stated. “I’m very impressed with their PCs.”

Back in January, Vizio displayed five new PCs and notebooks at the Consumer Electronics Show in Las Vegas.

The devices launched on Thursday are “very close to the specs for an ideal Windows 8 offering that doesn’t have a touchscreen,” Enderle pointed out. “This is very well-timed for those thinking they might migrate to Windows 8 — few products in the market now have the right hardware for 8.”