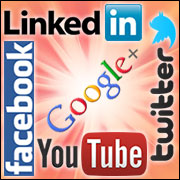 Who doesn’t stop twice to check out a letter from the Internal Revenue Service delivered in traditional snail mail paper form? Communications from the IRS or other federal agencies — such as health information from the Centers for Disease Control, or consumer alerts from the Federal Trade Commission, are serious business.

“Across government, agencies are innovatively using social media to get the word out about their programs and services, engage with the public on platforms the public chooses to use, and better meet their missions,” said Bev Godwin, director of the Federal Citizen Information Center at the General Services Administration. Currently, federal agencies have developed more than 2,000 separate sites spread across 22 social media hosting services.

The use of such electronic sites often carries the same seriousness as paper communications. That’s why integrity of the sites is an important issue for the government.

Unlike most government websites, which are hosted on “dot-gov” or “dot-mil” domains, social media sites are hosted on commercial domains. Without the .gov or .mil tag it’s difficult for consumers to tell legitimate government sites from impersonators.

GSA has just launched a tool to help consumers identify legitimate federal government social media sites. Now the public can use GSA’s “social media registry” to validate that an account is really managed by the government and is not an impostor.

“GSA has built this registry so that people can trust that they’re engaging with a government agency through social media, and to provide a better picture of federal agencies using social media,” the agency said. GSA proposed the project last April and began implementation in August.

The registry will support the most widely used social media services, and will only track accounts that represent official U.S. government agencies, organizations or programs. Government employees will be able to register accounts managed by federal agencies, elected officials (not campaign accounts), members of the cabinet and heads of agencies.

The first is the federal agency registration mechanism, which allows anyone with a .gov or .mil email address to enroll an official federal social media account with the registry. When a user adds an account, that person will be able to indicate the managing agency, the language of the account, and add tags as metadata to describe the account.

Because anyone with an authentic government email address can add things to the registry, the government can “fedsource” information about federally managed social media accounts. The registration component will be hosted on HowTo.gov.

The second element involves public verification of a social media site. The GSA tool will allow anyone to visit a public webpage, paste in the URL of a social media account, and find out if it’s in the federal social media database or not. This function will be hosted on USA.gov and GobiernoUSA.gov.

“The Social Media Registry was built so the public can check if a site they see within a social media platform is an official government site rather than a fake or spoof site pretending to be government,” Godwin told the E-Commerce Times.

“We do not have data on impostors stealing citizen identity, and this was not the motivator for building the social media registry. We do know of instances of fake accounts that claim, or claimed, to be USA.gov, the CIA and Hillary Rodham Clinton, or that posed as government agencies to make money with green cards, social security or other government services,” she said.

Government agencies will be able to manage their social media accounts by utilizing a series of APIs. Rather than have each agency develop its own social media registry, GSA has developed a solution that can be used across government in a more cost-efficient manner.

“By collaborating across agencies, we can deliver a tool for all to use that is continuously improved for the benefit of all and gives the public one place to check if that social media account they are following is legitimate or not,” Godwin said.

The code that powers the registry is an open source mechanism. It was built in Ruby on Rails, and is available on GitHub. GSA has invited interested parties to collaborate in the project or fork it and make it their own. Information about APIs and other aspects of the program is available by contacting the GSA team at socialmediaregistry@gsa.gov.

“The registry’s API is a terrific example of data transparency. The GSA is disclosing a government-wide data set online, in its entirety. The format is standardized and doesn’t vary from agency to agency. And it’s machine-readable so that private developers can add value by building their own apps around it,” Hudson Hollister, executive director of the Data Transparency Coalition, told the E-Commerce Times. 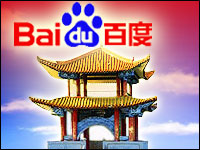 Combatants Getting Down and Dirty in Chinese Search Wars