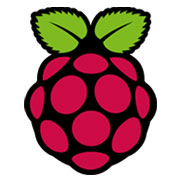 The new release comes two years after the introduction of its predecessor, the Raspberry Pi 3 Model B.

The Raspberry Pi 3 Model B+ is an incremental upgrade to a line of predecessors that have become entrenched in education, hobbyist and industry markets.

“The Raspberry Pi, having sold in excess of 15 million boards, is now the world’s third best-selling computer. Only the Windows PC and Mac have sold more,” he told LinuxInsider.

The Gigabit Ethernet boost (over USB) is nearly three times faster than the previous 100-MB speed.

The new processor provides improved heat control and power management plus full compatibility with previous models, all for the same US$35 price tag.

All of the improvements fit onto the same footprint as the original Pi 3, noted Charles King, principal analyst at Pund-IT.

“The improved connectivity should reduce wireless compliance testing and make it simpler and less expensive to develop products based on the new solution,” King told LinuxInsider.

One of the things that makes the new release so promising is its enhances networking, according to Aaron Saxton, director of training and education at UKFast, which delivers Raspberry Pi Caf projects to local schools to support the development of programming skills.

“The networking of the original Pi has let it down for a while. Having that connectivity to deliver more bandwidth and networking is really important,” he told LinuxInsider.

Being part of the Pi Caf enables UKFast to create better educational networked devices, from storage to applications and dev work, Saxton said. It even allows users to build server infrastructures within an internal network.

The latest Pi release remains affordable, and it is compact and flexible as well as robust. It runs on open source software, which makes it accessible to everyone.

“The new features mean we can do so much more with so little,” said Saxton. “The connectivity is the big one for us, meaning we can truly connect our students and expand their digital horizons.”

Although the Pi 3 model B+ still uses the Broadcom BCM2837 SoC chip, new packaging and an improved board layout allow much more even dissipation of heat when under load, according to Azul’s Ritter. That accounts for the increased processor speed.

The Pi’s usefulness isn’t limited to educational settings — it benefits many industries. The tiny computer helps users do everything from building apps using programming language like Python, to deploying and launching websites, learning Linux, and developing an assortment of Web skills. It enhances the computer science curriculum and teacher development.

“Fundamentally, it’s about seeing and feeling the hardware and being able to engage with it,” Saxton said.

At $35, the Raspberry Pi 3 Model B+ is a solidly powerful and flexible brain that can add digital intelligence and features to a wide range of products and projects, Pund-IT’s King pointed out.

Another innovation for Raspberry Pi computers is use of the Kano Kit to teach computing skills, suggested Chris Byrne, cofounder of Sensorpro.

“We have used the older models for various coding projects, including using it to build the Kano computer. It runs the coding platform Scratch so we would get [users] to code in Scratch and then run it on the Pi,” Byrne told LinuxInsider.

The Pi has been a massive success with schoolchildren. That success has spread far wider than anyone ever imagined it would, noted Azul System’s Ritter.

If you can think of a computer-based project, someone will have used a Raspberry Pi to implement it, he said.

For example, Ritter used a Raspberry Pi computer connected to his car to display all sorts of extra information. He used a cluster of Pis to run machine learning software that learned to play Minecraft.

“I’ve also built a weather station and even used one to monitor my brain activity with the goal of controlling a LEGO motor with my mind,” Ritter said, adding that results of that project have been somewhat variable.

Among the many factors that account for Raspberry Pi’s success, said Ritter, are the following:

“Not only is it straightforward to connect your own sensors and actuators using interfaces like GPIO, I2C, SPI and UART,” Ritter said, “but you also have easy access to things like GPS, industrial CAN buses, and even heart rate monitoring.”