The new fund will invest in early-stage companies across a broad range of industries, including consumer Internet, software, clean tech, biotech and healthcare, according to a company blog posted Tuesday.

“This is Google’s effort to take advantage of our resources to support innovation and encourage promising new technology companies,” wrote Rich Miner and Bill Maris, managing partners of Google Ventures.

Google may tap its own employees to find new technologies and markets with growth potential, according to the blog.

Google’s announcement comes at a time when the global economy is struggling to get back on its feet and venture capital investment has shown serious declines.

“Economically, times are tough, but great ideas come when they will,” Miner and Maris wrote. “If anything, we think the current downturn is an ideal time to invest in nascent companies that have the chance to be the ‘next big thing,’ and we’ll be working hard to find them.”

Google is not the first large technology company to launch a venture fund. Intel, Microsoft, IBM, Amazon.com and many others have started venture funds with mixed records of success over the years.

“Very often, corporations get into venture capital at the peak of the market and get out at the as soon as things start going south,” said Mark Heesen, president of the National Venture Capital Association. “They get spooked and see the numbers having a negative effect on the bottom line.”

Google seems to be taking a contrarian point of view by getting into venture capital when the market is at its weakest, Heesen told the E-Commerce Times.

“Google’s coming in as a fresh face and entity that folks will want to work with,” he said.

Getting In on the Ground Floor

By launching Google Ventures, the company is trying to get in on the ground floor with young entrepreneurs and the next big technologies. Making early-stage investments increases Google’s chances of making acquisitions, especially given the fact that the market for initial public offerings has been dormant for more than a year, Heesen said.

“Google also brings huge contacts lists to the startup, and experienced individuals who understand technology and the marketplace,” he said.

However, some entrepreneurs may be put off by Google’s sheer size.

“The negative here is that there could be entrepreneurs who don’t want Google as a venture capitalist,” Heesen said. “They’ll be scared to see someone like that sitting at their board meetings or investing in them — and other potential acquirers may say they won’t even attempt to buy a company because Google is an investor in it.”

Turmoil in the broader capital markets has started to affect the venture capital industry, according to the NVCA.

“Frankly, there’s been a lot more pessimism in the market,” Heesen said. “You’ve had a closed IPO market for more than a year now. Certainly, from an IT perspective, there hasn’t been any new new thing out there. There are things around the edges, like cloud computing, but there isn’t anything fundamentally shifting the IT space.”

The NVCA’s one-year all venture private equity performance index fell into negative territory to -1.6 percent, with a 6.9 percentage point decrease from the period ending June 30, 2008. 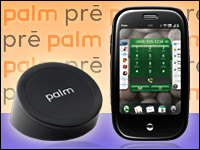