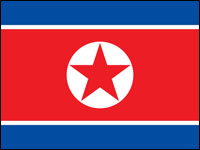 Eric Schmidt, the executive chairman of Google, will travel to North Korea for a “private, humanitarian mission,” according to the Associated Press.

The trip, to be led by former New Mexico governor Bill Richardson, will mark the first time a top exec from Google has gone to North Korea, which is among the world leaders in backwards Internet policies.

The trip could happen sometime this month, sources cited by the AP said.

North Korea’s new leader, Kim Jong Un, is reportedly touting science and technology as a means to bolster the nation’s dour economy, which produces an annual per capita GDP of less than US$2,000. However, despite the emphasis on science and tech, most North Koreans have zero access to the World Wide Web, relegated instead to a domestic intranet service called “Kwangmyong.”

The AP says it’s not entirely clear why Schmidt is making the trek to North Korea, nor is it known with whom he and Richardson will meet.

In related news, Kim recently warned that North Korea must “fight against the enemy’s ideological and cultural infiltration.”

French telecommunications regulator ARCEP is investigating whether YouTube is, in the words of GigaOm, “being inappropriately and intentionally blocked” by Free, a major French Internet service provider.

ARCEP’s investigation focuses on ISPs’ traffic delivery to online content providers, and if either side is responsible for, as GigaOm puts it, “degrading infrastructure quality.” ARCEP will additionally probe three unnamed companies in its quest to determine if ISPs are (a) under-investing in infrastructure and (b) violating the tenets of “net neutrality,” a notion that has gained considerable support in Europe .

The investigation was prompted by complaints that video streaming services like YouTube were prohibitively slow, according to GigaOm. A survey by a French consumer group of more than 16,000 ISP customers determined that 83 percent of Free customers couldn’t use YouTube properly. The survey found that 47 percent of Orange customers and 46 percent of SFR customers experienced the same problem.

GigaOM goes on to ask whether the slow video services reflect insufficient infrastructure or an effort to make content companies cough up money. France has indeed shown a propensity to push back against Google, having engaged the company in a dispute over paying for displaying links to news articles.

One of China’s best-known search engines for pirated content has been shut down, according to the BBC.

The site, gougou.com, was recently added to a list of blacklisted sites issued by the U.S. Trade Representative. That USTR report said that gougou.com “facilitates the downloading and distribution of pirated music and movies,” not only with links but also through its peer-to-peer file-sharing platform and its “cyberlocker facilities.” That was apparently enough to spook the site offline.

The USTR’s blacklist seems to carry weight China. Last month, Tech In Asia discussed how Chinese tech companies — namely e-commerce giant Taobao and search engine Baidu — have made changes to avoid popping up on the list.

A recent BusinessWeek article took a peek at the challenges facing Chinese authorities as they try to implement a real-name Internet registration policy.

The article points out that China has tried to instill a real-name policy before at least three times. (Indeed, the country’s three telecom providers have required proper identification since 2010.) The article also says that there is no legitimate enforcement mechanism because the people tasked with verifying IDs have neither the means nor motivation to confirm their veracity.