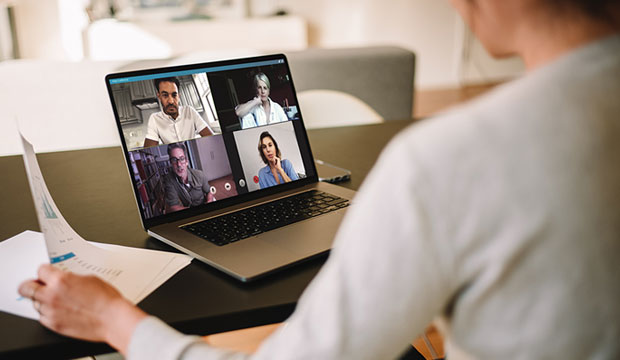 Tech and finance professionals are joining the ranks of workers in other industries by delaying their return to in-person office work until as late as the third quarter of next year. Workers are balking at returning to their physical offices while fears of a resurgence of the virus are prevalent.

Meanwhile, major U.S. employers have postponed return-to-office plans because of recent bumps in the number of coronavirus infections, according to thousands of employees and managers polled about their companies’ plans regarding working from home.

Blind, an anonymous community of verified professionals with 3.6 million users, began running a survey last month to gauge whether tech and finance professionals had any insight into when their employers will compel them to return to work.

That survey revealed that their various companies have postponed return-to-work plans according to the following schedule:

Returning to the office is not only a health and liability concern, cost and productivity are also key issues, according to Eli Diament, founder and director of Azurite Consulting.

His company recently surveyed 3,500 business executives and decision makers, revealing that managers and workers were not only hesitant to return to an office but felt they were more productive working remotely.

“Additionally, business owners found they would perform as efficiently and reduce costs by keeping remote work in place,” he told TechNewsWorld.

Blind runs studies to reflect what is going on in the world. Blind’s researchers take headlines as predictions of how companies will react, explained Fiorella Riccobono, public relations specialist at TeamBlind.

“For example, a headline such as ‘Employers Get Major Protections in GOP Liability Shield Bill’ led researchers to ask survey participants in what quarter employees are expected to return to the office,” she told TechNewsWorld.

This particular survey polled 3,000 workers. It went to all Blind users, most of whom are concentrated within the tech and financial fields. Sixty percent of the user base works in tech, another 20 percent is in finance, and the other 20 percent are scattered among other industries.

“In the survey results, we see companies providing their employees with at-home perks. This is likely because it is more affordable to provide work from home stipends than to institute all the social distancing measures within an in-person office. Employers will eventually have to account for temperature checks, sanitation, and having people remain six feet apart,” Riccobono explained.

The Azurite Consulting survey found one-in-four office workers would quit if asked to return too soon. That includes 26 percent of employees and 21 percent of managers, noted Diament.

“We also learned that only 13 percent of managers and 11 percent of employees prefer full-time return to the office. However, 36 percent and 42 percent expect this to likely be the case,” he said.

That Azurite survey also found that 37 percent of office workers indicated they have a better work-life balance now. While 29 percent do not; and 54 percent of high-risk employees want to continue to work remotely.

The survey also revealed that 70 percent of workers think that taking public transportation to work is unsafe. Given the current level of uncertainty related to the pandemic, it’s difficult to determine if this 70 percent statistic should be construed as surprisingly high, surprisingly low, or to be expected.

The coronavirus pandemic, which forced millions of employees to work from home, has been an awakening for many employers who discovered that employees can be more productive, more engaged, and more loyal without ever stepping foot into the same physical office, according to Diament.

Furthermore, businesses can save a considerable amount of money by not spending on an office. To foster a safe return, office workers want face masks and investment in better hygiene before they return, he noted.

“Returning to an office definitely has a cost factor. A majority (54 percent) of companies in major downtown centers realized they could reduce the cost of business and have intent to downsize their footprint,” Diament offered.

Some of the companies plan major office relocations, he added. For instance, 55 percent plan at least some relocation of employees, and 11 percent of urban dwellers contemplate a suburban move.

“For all these reasons, many companies will continue to keep remote work in place for the immediate future, and some may very well make it a permanent way to conduct business,” he concluded.

One of the most fascinating points about the pandemic is how COVID-19 is inspiring many companies to rethink their workplace requirements.

Until a successful vaccine arrives and is widely distributed and used, businesses will need to take a “safety first” approach to returning employees to the workplace, according to Charles King, principal analyst at Pund-IT. Those that do not proceed carefully risk sickening substantial numbers of their workers and, possibly, being faulted and sued if they fail to take adequate safety measures.

“Effective precautions will take time and money to design and install and are coming at a time many businesses are already stressed financially,” he told TechNewsWorld.

Depending on the business and circumstances, it will not be surprising if organizations reevaluate their operations and continue to support employees whose duties do not require them to be at specific facilities with flexible options, including working from home part or full time, King added.

The larger question is whether these changes will stay in place after the pandemic recedes or ends, he pointed out. Opinions seem to diverge widely on the subject, with some claiming that workers need socialization at the office to be fully effective and satisfied. Others say that the COVID crisis has revealed the inherent inefficiencies of traditional workplaces.

“One thing is for sure, if a substantial number of businesses decide to make flexible work options permanent, the disruptions we have already seen will continue to roil numerous areas, from commercial real estate to the companies that provide critical support services to larger firms, to nearby retailers and restaurants,” said King.

Legal and Compliance Can Be Costly

Reopening businesses to in-person workers brings unique issues and considerations for business owners and their employees, according to Braden Perry, a former federal enforcement attorney and CCO of a financial firm, who is a regulatory and government investigations attorney with Kennyhertz Perry. One of the largest issues is being held liable if an employee or customer contracts the virus on the job or while at the business.

“That is preventing many businesses from reopening despite the ability to do so,” he told TechNewsWorld.

That reality has two components. The first step is employers must avoid employee liability. This can happen by complying with federal, state, and local orders and guidelines.

The second is avoiding customer liability. This is more difficult, as companies must also understand the nature of their business and customers, and manage that risk in their own unique form. That may include waivers, testing, or guidance from industry groups, Perry explained.

What CEOs want out of risk personnel is the ability to see the forest through the trees. Risk personnel and crisis managers must be capable of striking the balance of managing risk and procedures while ensuring the business is functioning properly and securely, he added.

Since the emergence of H5N1 (“Bird Flu”) in 1996, both industry leaders and government officials have known that an influenza pandemic will occur. They expected it to have a new subtype of influenza capable of efficient person-to-person spread with few of the world’s population are immune, said Perry.

“They also have known that it will be a global pandemic with all countries being effected within a matter of months,” Perry asserted.

Many industry leaders and government officials have prepared for this and outlined detailed responses. It is obvious that some industries and countries are more prepared than others.

Those that did not prepare, or prepare enough, are now caught in a disruptive corporate environment. They are at the mercy of IT and other tech-related issues as most companies are working remotely, he said.

“Proactivity will be the new standard, and companies that do not look forward at risk potential will be massively behind when the next business disruptions arise,” Perry suggested.