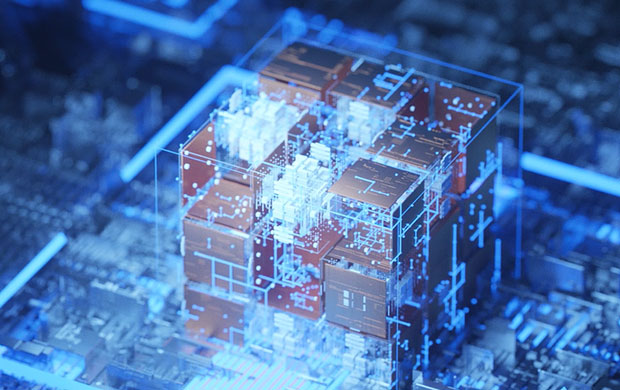 The next version of Microsoft’s HoloLens may be better at navigating reality than the current version of the mixed-reality headset, thanks to a new coprocessor the company announced Sunday.

The new HPU will enable HoloLens to do the kind of deep learning processing that typically is done only in the cloud.

HoloLens is designed to be a self-contained holographic computer — battery, sensors and display are contained in the headset. The HPU allows the headset to negotiate reality without experience-killing latency.

“Once you get the pattern algorithms straightened out, you want to run them locally because users can’t deal with any information lag,” said Jack E. Gold, principal analyst at J.Gold Associates.

“It’s got to be local and instantaneous,” he told TechNewsWorld. “Latency kills you in these mixed-reality applications.”

Adding an AI coprocessor to HoloLens “is the kind of thinking you need if you’re going to develop mixed reality devices that are themselves intelligent,” noted Marc Pollefeys, director of science at HoloLens.

“Mixed reality and artificial intelligence represent the future of computing, and we’re excited to be advancing this frontier,” he added.

HoloLens will benefit from the addition of AI silicon, according to Eric Abbruzzese, a senior analyst with ABI Research.

“Higher accuracy in head tracking and georegistering content — locking digital content to the real world — is the primary benefit, with the side effect of a platform gradually growing in capability,” he told TechNewsWorld.

“With a high performance AI chip, less processing needs to be done in the cloud, and therefore HoloLens could be faster, more secure and more private,” he told TechNewsWorld.

That speed could have another benefit to the HoloLens ecosystem.

“It could lead to entirely new kinds and classes of [augmented reality] solutions for consumers and businesses,” said Charles King, principal analyst at Pund-IT.

Microsoft isn’t alone in thinking that more processing has to be done at the endpoints of a network, especially in light of the projected growth of the Internet of Things.

“We’re seeing efforts to take real-time sensor input and apply algorithms to that without having to go to the cloud,” he told TechNewsWorld. “Companies are increasingly realizing that to do cutting-edge products, they have to do their own silicon.”

Microsoft and others are recognizing that when doing compute-intensive tasks at the network’s edge, they should be done as close to the source of the data as possible, noted Mark Hung, a research vice president at Gartner.

“It makes for a better experience for the user and reduces latency and the costs of communication, and the burden on cloud services,” he told TechNewsWorld.

“Microsoft is thinking long-term and saying let’s do this now and get ahead of the curve,” Gold added. “Everyone at the high end of the AR market is going to have to do something similar.”

The addition of AI silicon to HoloLens will help Microsoft maintain its leading position in the AR/MR market, noted Ian Hughes, an Internet of Things analyst at 451 Research.

“Adding to the next device’s processing power with additional AI will keep the company at the forefront of AR development,” he told TechNewsWorld.

Maintaining that leadership position is very important to Microsoft.

Beefing up HoloLens’ AI chops could have a significant impact on the AR market, noted David MacQueen, executive director for apps and media at Strategy Analytics.

“I think having such a major player — and a very serious player when it comes to the enterprise sector — building in this technology will see it become more commonplace in the AR market,” he told TechNewsWorld.