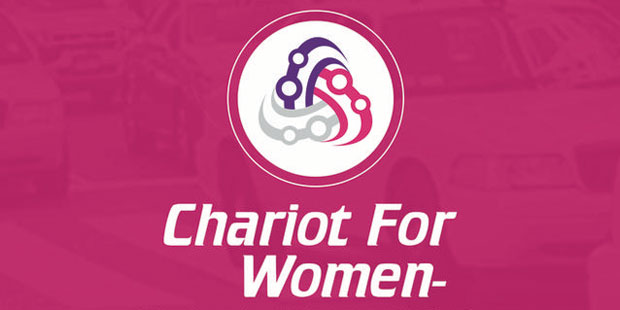 Chariot for Women, a ride-sharing service that excludes males 13 and older, reportedly has postponed its launch to sometime this summer due to heavier-than-anticipated demand. The company originally had planned to debut the service in Boston next week.

Chariot for Women is open to all women, including transgender women. Children, including boys under the age of 13, also may ride.

The premise for the gender-restricted service is pretty straightforward: Disturbing stories about Uber drivers abound, and there’s an untapped market for serving women and children only.

Founder Michael Pelletz, who once worked as an Uber driver, got the idea for Chariot for Women after he picked up a young man who was behaving strangely. The man’s actions scared Pelletz enough that he went to a police officer for help.

The Chariot for Women app is focused on safety, and the company will conduct thorough background checks on drivers before taking them on, it said.

Its drivers will start the day by answering a random security question to verify their identity.

After a passenger requests a ride, the system will send her a safe word that the driver then must provide to verify identity before the passenger gets into the car.

The passenger also will receive a picture of the driver, the make of car that will pick her up, and its license number.

The app will use real-time GPS tracking and maps so customers will know exactly when their ride will arrive and won’t have to wait on the curb.

Chariot for Women will donate 2 percent of every fare to women’s charities, the company said.

Customers list 10 local and national charities they would like to give to; that list will pop up in the app when they get into the car, and they can choose which of the charities gets the 2 percent of the fare allocated for charity.

Chariot for Women’s gender focus has raised legal questions, but founder Pelletz has said that the company is prepared for any challenges.

A similar service in New York —SheTaxis — has been operating since 2014 and is preparing to launch an Android app in addition to the iOS app currently available.

“There’s a need for this service, particularly given the recent horror stories related to Uber,” said Susan Schreiner, an analyst at C4 Trends. “The concept is very interesting, and will go a long way to eliminating the creep factor.”

It also will eliminate problems women have encountered using regular cab services, she told the E-Commerce Times. “There’s been times I’m coming back from the airport late at night when I’ve gotten into a cab and it’s a little bit scary or the driver is rude, and I don’t need that.”

Support for Chariot for Women has lit up the twitterverse.

“Uber is a step above cab, but this sounds even better!” wrote Sarah Dudley.

Actress Debra Messing also tweeted support for the concept, as did Global Tech Women, an organization dedicated to closing the gender gap in technology.

However, “in a city like Boston, which is not a huge city and not a high-crime city, you wonder about the idea,” remarked Laura DiDio, a research director at Strategy Analytics.

“I’d think a service like this would be better targeted to a larger city with a higher crime rate, like New York,” she told the E-Commerce Times.

With competition from Uber, Chariot for Women “might have to offer another inducement,” she said, “like a 20 percent discount.”