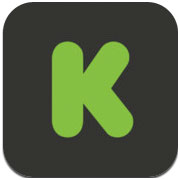 Here’s a scenario: It’s late, and you’re on your way home from a work trip on a subdued, last flight of the day. You instinctively glance at your phone and notice it’s about to die.

Been there? It’s a problem, and if you don’t address it, you’ll obviously have no battery for calls when you land. Kindly, your seat neighbor and colleague offers you a charge using a USB port on the laptop he’s clacking away on.

You gratefully separate your phone’s wall adapter from its cable, and your buddy plugs your device into his laptop. All is quiet until suddenly, out of the corner of your eye, you see your Dropbox cloud folder and Contacts sync pop up right on top of your friend’s work. Awkward, right?

Here’s a worse scenario: You’re at a deluxe hotel and there are media hubs in the room, with USB charging ports bored all over the inlaid mahogany like modern-day termite holes. You plug in your phone and the same sync attempt that occurred in our plane scenario happens instead in the room next door thanks to rogue corporate espionage, malware delivery or just a lousy electrician directing your packets hotelwide. It’s scary just thinking about it.

In fact, Leonardo Matute is so concerned about this potential problem that he has invented a device called the “LockedUSB Adapter” that he says provides a charging firewall.

LockedUSB is a small firewall adapter that plugs into a USB charging port. The smartphone cable plugs into the device, securing data lines and preventing automatic data syncs from taking place.

The device’s tag line: “Safe USB charging on the go.”

Matute and his firm, LM Engineering Designs, currently have close to 500 backers pledging nearly all of the project’s US$9,750 goal on Kickstarter, and there are still more than two weeks to go.

Pledges start at $1 for updates on the project. A pledge of $14 gets you a discounted device. The estimated shipping time frame is February 2014.

Matute’s retail price point is highly compelling at an estimated $18.99 including cable. Security awareness is increasing at the consumer level, meanwhile, and the product offers faster charge times as well.

The developer can explore channels through cross-promotion with VPN vendors. We like the openness from the developer about risks and challenges disclosed on the Kickstarter website, which we think shows realism.

The sales message is a little unclear because the term “LockedUSB” along with images of a bunch of cables suggest a physical laptop lock like the kind you’d use at a convention to prevent a laptop from being stolen.

The product is actually more interesting than that, and should appeal to tech adopters.

We haven’t thus far seen any widespread media reporting of stolen data via public charging station, so as yet we don’t really know how severe the threat is.