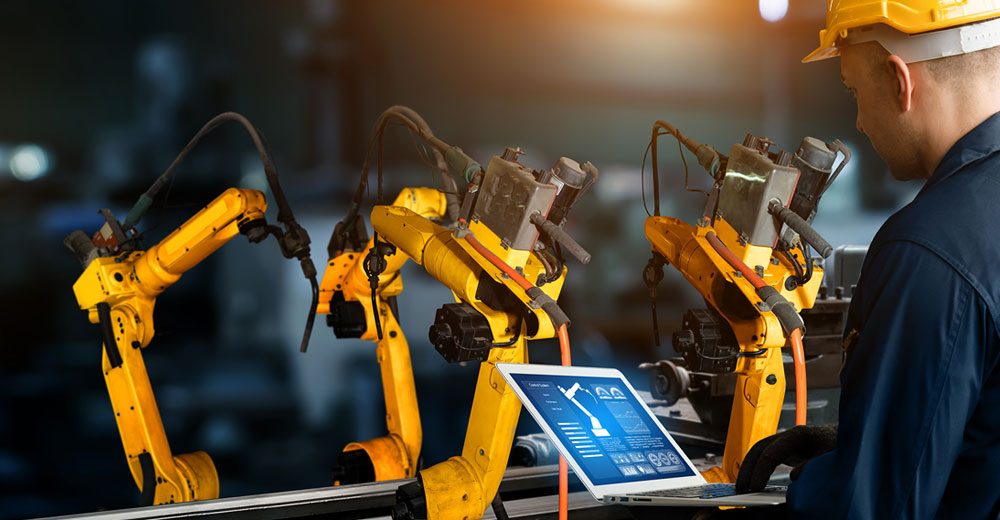 Industrial robots are hot, with North American orders for the first nine months of 2021 valued at US$1.48 billion, breaking a record set in 2017.

The order numbers are 37 percent higher than the same period in 2020, from 21,072 to 29,000 units, and a value jump of 35 percent, from $1.09 billion to $1.48 billion, according to figures released Friday by the Association for Advancing Automation (A3), a trade group for the automation ecosystem.

A3 added that in the third quarter alone, substantial gains were posted by North American companies, with year-over-year orders up 32 percent, to 9,928, and order value up 35 percent, to $513 million.

“With labor shortages throughout manufacturing, logistics and virtually every industry, companies of all sizes are increasingly turning to robotics and automation to stay productive and competitive,” A3 President Jeff Burnstein said in a news release.

“As our latest statistics indicate, sales are on track to make 2021 the biggest year ever for robotics orders in North America,” he continued.

“We see many current users expanding their applications of robotics and automation throughout their facilities,” he added, “while first time robotics users are emerging in a wide range of industries such as automotive, agriculture, construction, electronics, food processing, life sciences, metalworking, warehousing and more.”

The pandemic has become a significant accelerant for automation, observed Scott Lincione, a senior fellow in economic studies at the Cato Institute, a public policy think tank in Washington, D.C.

“It’s not clear why, but we’ve seen a real substantial uptick in capital expenditures on equipment, and in particular, industrial robots, in the last year or so. It looks like it’s going to continue,” he told TechNewsWorld.

“It makes a lot of sense now that worker shortages are driving companies to look at ways to drive sales with fewer workers,” he added. “That inevitably leads to automation.”

Daniel Castro, vice president of the Information Technology & Innovation Foundation, a research and public policy organization in Washington, D.C. noted that the pandemic is leading to more automation in some sectors.

“For robotics, we’ve seen everything from sanitation robots in airports and hospitals to robots that flip burgers,” he told TechNewsWorld.

“Part of this change is a result of pressure for higher wages, which makes robotics and automation a better value for firms,” he said.

“The other part,” he added, “is because firms recognize that automation can help make digital or hybrid workforces more efficient.”

“The pandemic put a spotlight on the benefits that automated processes bring — from the ability to ramp-up and scale-up production quickly and efficiently, to helping improve the lives of our employees, our customers, and their families,” he said in a news release.

3M is an example of robotics gaining ground outside the automotive industry, which has been a leading adopter of the technology for years.

A3 reported that in the first nine months of 2021, automotive-related orders increased 20 percent year-over-year to 12,544 units ordered. But non-automotive orders outpaced that growth, expanding 53 percent to 16,355 units ordered.

That was only the second time non-automotive orders surpassed automotive-related orders in the first nine months of a year. The first was in 2020.

A3 added that in quarter three of 2021, nearly two-thirds of sales came from non-automotive industries, further demonstrating the trend of robotics growing into areas outside of automotive OEM and tier suppliers.

While increased sales of robots and use of automation is good news to robot makers and corporations, it could be a mixed bag for workers, according to the World Economic Forum.

It warned in October that the pandemic and automation could be a double whammy for workers and could contribute to widening the income inequality gap, if displaced employees aren’t retrained to enter new professions.

It noted that for the first time in recent years, job creation was not keeping up with job destruction — a factor poised to affect disadvantaged workers with “particular ferocity.”

Castro, though, maintains that robotics and automation won’t lead to greater income inequality.

“Higher wages contribute to more automation, and higher wages are good for workers,” he said. “And we don’t need to worry about running out of jobs — that’s the lump of labor fallacy.”

He acknowledged, however, that worker retraining and safety nets are important for workers in transition.

“Too often,” he explained, “unemployment policies, such as unemployment insurance, is about getting people working again as fast as possible. Sometimes, that is not always the best idea.”

“They would be better off taking some time to learn new skills,” he added.

A3 Vice President for Membership and Business Intelligence Alex Shikany noted that historically, with increased robotics sales, there have been increased productivity and increased employment.

“Robots are tools that keep companies in business and globally competitive. So it’s a good thing when sales numbers are in these magnitudes,” he told TechNewsWorld.

For example, he continued, from 2010 to 2020, 235,000 new robots were shipped in the United States. During the same period, 1.4 million manufacturing jobs were added, and the unemployment rate went from 10 percent to under four percent before the pandemic.

“Robotics and automation are tools to enable humans to do better jobs,” he said. “They make companies more productive and profitable and willing to expand globally, so they have to hire more people in a variety of new roles to help support that expansion. We still see that opportunity, even in these unique times.”

He added that automation, as an industry itself, is booming with career opportunities.

“Companies in the sector are growing exponentially and need people,” he said. “They’re telling us they want to hire people into careers that often don’t require four-year degrees. Some companies are hiring people straight out of high school, and they’re training them on the job.

He acknowledged, though, that the industry needs to do a better job of making careers known and creating a path to them through connections with tech schools, community colleges and universities.

“We’re in a unique and exciting time in robotics,” he observed. “The number of customers who are ordering robotics is going up rapidly.”

“Historically, a small number of companies were responsible for a large number of orders,” he continued. “That’s changing. Now there’s a broader set of companies ordering a larger of number of robots.”

“We’re on the doorstep of some very exciting times for U.S. and North American companies,” he added. “There are issues — like supply chain issues — that are affecting everyone. It remains to be seen how that will affect the automation industry, but the opportunity is there for robotics.”