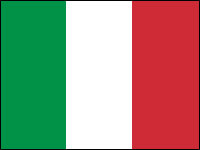 In a ruling that could have profound implications for the future of the Internet in Italy, three Google executives were convicted of privacy violations on Wednesday over a video that aired briefly in 2006 on the now-defunct Google Video site.

David Drummond, Google’s senior vice president and chief legal officer, Peter Fleischer, the company’s chief privacy counsel, and George Reyes, its chief financial officer, were all given six-month prison sentences by Judge Oscar Magi for allowing the posting on Google Video in Italy of a video depicting the bullying of a disabled teen by classmates in a Turin technical school.

The three executives were found guilty of violating Italy’s privacy law but acquitted on a second charge of defamation. A fourth executive — Arvind Desikan, the former head of Google Video Europe — was acquitted on the single defamation charge.

Though convicted, Drummond, Fleischer and Reyes will not actually have to serve time because sentences under three years are automatically suspended for those without prior criminal convictions.

Google will “vigorously appeal” the decision, it said.

The ruling could have far-reaching implications for countless Web services.

“We see this is as a very important question of principle,” Bill Echikson, spokesperson for Google in Europe, told TechNewsWorld.

Although the ruling has no immediate impact while it’s on appeal, “if the verdict holds and the principle is swept aside, and we’re liable for everything that goes up,” it could affect YouTube, blogs, social networks, and countless other sites on the Web, Echikson added.

‘The EU Is Likely Aghast’

“Berlusconi wants everyone who regularly uploads video and content on the Web to first apply for an official license from the Italian government, forcing ISPs to police all content — a form of censorship,” Van Dyke explained.

“Holding Internet Service Providers criminally liable for all postings, despite a vigorous notice and takedown procedure, is astonishing,” he concluded. “The European Union is likely aghast at this conviction and should challenge and overturn this travesty.”

“We are deeply troubled by this conviction,” wrote Google’s Matt Sucherman, vice president and deputy general counsel for Europe, Middle East and Africa, in the company’s official blog. “It attacks the very principles of freedom on which the Internet is built.”

Indeed, “this ruling sets a very dangerous precedent,” added Fleischer in his own blog post. “If company employees like me can be held criminally liable for any video on a hosting platform, when they had absolutely nothing to do with the video in question, then our liability is unlimited.”

The ruling represents the first conviction of a chief privacy officer for the actions of his company, according to the International Association of Privacy Professionals.

The video in question was uploaded to Google Video in 2006 and “was totally reprehensible,” Sucherman said. “We took it down within hours of being notified by the Italian police.”

An official complaint by the charity Vivi Down, which represents the interests of Down Syndrome sufferers, led to the video’s removal.

Google also worked with the local police to help identify the person responsible for uploading it, Sucherman added, leading to punishment for those involved.

“In these rare but unpleasant cases, that’s where our involvement would normally end,” he noted.

‘Web Will Cease to Exist’

This time, however, a public prosecutor in Milan indicted four Google employees despite the fact that none of them had anything to do with the video. “They did not appear in it, film it, upload it or review it,” Sucherman stressed. “None of them know the people involved or were even aware of the video’s existence until after it was removed.”

European Union law, moreover, “was drafted specifically to give hosting providers a safe harbor from liability so long as they remove illegal content once they are notified of its existence,” he pointed out.

Nevertheless, Wednesday’s ruling now “means that employees of hosting platforms like Google Video are criminally responsible for content that users upload,” he said.

If such sites were to become responsible for “vetting every single piece of content that is uploaded to them — every piece of text, every photo, every file, every video — then the Web as we know it will cease to exist, and many of the economic, social, political and technological benefits it brings could disappear,” Sucherman warned.