Another new Apple product, another “-gate” debacle. This time, it’s bendgate. On the heels of the release of the new iPhone 6 and 6 Plus handsets earlier this month has come an uproar over an unexpected weakness: In short, when stashed in a pocket of a tight pair of pants, the iPhone 6 Plus bends — and it doesn’t return to its original shape when removed.

The subject is fervently being discussed in social media, according to Brandwatch, which found more than 57,000 mentions of it online, primarily by male authors (76 percent compared to 24 percent female).

Some of the more common observations have been that if the phone is in the pocket for too long it is more likely to bend and that it can also be bent with bare hands, according to Brandwatch.

Another conversational strain has noted that the Samsung Galaxy Note surpassed the iPhone 6 in the bend test. Although the Note also bent under pressure, it was flexible enough to return to its original state when the pressure was released.

This issue is reminiscent of the Antennagate furor that swiftly followed the iPhone 4’s release, Rob Walch, host of Today in iOS, told TechNewsWorld.

Briefly, Antennagate grew out of the tendency of the device to reduce or lose a phone signal when a user gripped it in a certain way, covering the metal casing around the phone that served as its antenna.

As for the iPhone 6 Plus — “look, this is a thin, long metal device,” Walch said. “It is going to bend if you apply enough pressure to it.”

This is not the first time users have noted smartphones with a propensity to bend.

The iPhone 4 and the iPhone 5 bent, according to Walch.

The HTC One also bends, he pointed out.

The iPhone 6 Plus reports are being blown out of proportion, because “the press loves a good Apple-hater story,” Walch maintained.

In truth it takes a lot of pressure to bend the device, Abt Electronics Technologist Josh Davis told TechNewsWorld.

“If there’s no forceful pressure being applied to the iPhone 6, it won’t bend,” he said. “This isn’t a problem. Negative publicity is inevitable for an iPhone launch.”

Where Apple might have failed was in not taking into account that people might use their iPhones in such a way that so much pressure would be applied that they could bend, Davis said.

“The design is fantastic,” he said.

For those consumers who lead an especially rough-and-tumble life, here are some suggestions to keep your new Apple phone safe and whole:

1. Put the top down, Walch said. “It does seem to bend easier where the buttons are, so place the phone so its top is at the bottom of the pocket.”

2. Buy insurance, Davis quipped, suggesting that Apple probably is laughing at all these people damaging their phones. “They’re not bending on their own. They’ll most likely see a spike in Applecare sales now.”

3. Get a case for it — although that would seem to defeat the purpose of the design.

4. Try a holster. “I’ve seen a couple people wearing their iPhone 6 on a holster,” Davis said. “That’s the best place for it anyway. I think it’s too big for the pocket. A coworker of mine has it in his pocket, and it looks large.” 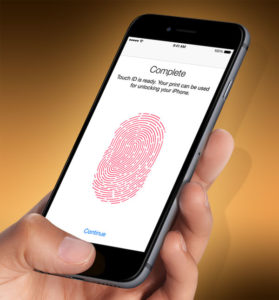