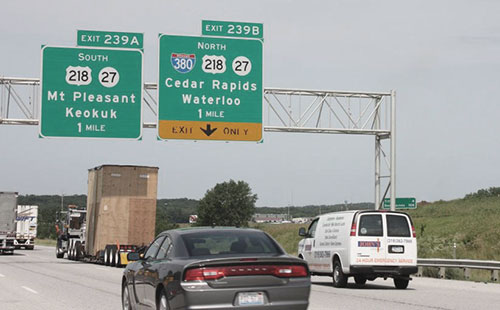 Iowa plans to issue digital drivers’ licenses in the form of a smartphone app by next year, Paul Trombino, director of the Iowa Department of Transportation, said earlier this week at a public state agency budget hearing.

The digital license will be accepted by Iowa law enforcement officers conducting traffic stops, as well as by security officers who screen travelers at Iowa’s airports.

The app will be highly secure and will be provided free to drivers as an alternative to the traditional paper license, the Iowa DoT said.

Security and the Smartphone

“The security posture of mobile application development is still very immature, and mobile phones are like black boxes where you cannot see what the app is actually doing,” said Paul Ferguson, vice president of threat intelligence atIID.

“You can’t be sure if it’s secure, if it’s properly implementing SSL, or if it leaks personally identifying information,” he told TechNewsWorld. “A smartphone doesn’t have to be stolen or lost to be compromised.”

The license reportedly will have an animated image of the driver’s face rotating from side to side. Also, the Iowa DoT will be able to remotely disable the app on lost or stolen cellphones.

“I believe that the use of a PIN, as well as a biometric measure such as fingerprints or facial recognition, will be implemented in order to access the application on a phone,” Iowa DoT spokesperson Andrea Henry told TechNewsWorld.

However, the license is still in development, and security measures to be included have not yet been finalized.

Smartphones and the Strong Arm of the Law

People with a digital driver’s license on a smartphone might be at risk not only from cybercriminals but also from the police.

Legal battles are raging throughout the United States over whether the police need a warrant to seize information on cellphones.

The U.S. Supreme Court ruled in June that they do.

However, the requirement for a warrant to seize information from someone’s cellphone could depend on what part of the country they are in, suggested a report in The PoliceChief magazine.

“That is certainly a real risk,” said Yasha Heidari of the Heidari Power Law Group. “I could see this leading to possible abuse.”

Or, police officers could illegally download revealing photos of cellphone owners from their devices and share them with others, as some members of the California Highway Patrol reportedly have done.

“Having technology at our fingertips tends to mollify what would otherwise be prudent behavior,” Heidari told TechNewsWorld..

“These are some of the issues that we are working through,” Iowa DoT’s Henry remarked.

Law enforcement may be given equipment to scan the image of the driver’s license on a smartphone and verify identification and driving credentials, she disclosed.

The Iowa DoT also is looking at the possibility of having a “share” mode for cellphones, Henry said. When users place their phones in this mode, only the driver’s license will be accessible to law enforcement.

Reaching for a Gun…

Another possible danger for people with digital drivers’ licenses is the possibility of being shot by the police.

Police have shot and killed people who were carrying iPods, cellphones, a set of keys, and a cane, claiming they saw a gun, as Mother Jones reported. The victims include a 70-year-old white man.

“Part of the implementation of the application, once it’s available, will be a communication plan to law enforcement, airports, TSA, retailers and the public on how to properly use the apps,” Henry said. The plan “would address scenarios such as this.”