Say the nameIntel, and the first thing that comes to most people’s minds is chips and computer components. Yet the company is increasing its focus on another side of its business, the storage systems space, and the industry is beginning to watch its progress in that area more intensely.

In July, Intel unveiled a new storage server hardware platform that can be customized for small- and medium-sized businesses, the SSR212CC. Company executives focused on the needs of SMBs to efficiently manage data — without increasing overhead — as they grow their storage solutions. They also stressed the importance of ease of use while keeping in mind the cost-effectiveness of adding third-party storage applications to standard building blocks.

That same month, Brad Bickford, director of strategic planning for Intel’s Storage Group, was appointed to the Storage Networking Industry Association’s board of directors. The organization has roughly 460 member companies around the world and works in conjunction with them to make storage networking technologies understandable, simpler to implement, easier to manage, and better recognized as valuable assets to business.

Bickford, who has worked at Intel for 10 years and has roughly two decades of experience in the storage industry, is responsible for establishing and executing the company’s strategic direction in the storage space.

He was the driving force in obtaining three storage-related patents, and a fourth patent is pending. He sees his appointment to the SNIA board as recognition by the industry and other board members that Intel deserves a spot in the vanguard, next to companies such as Dell, HP, IBM and Sun Microsystems.

The E-Commerce Times talked with Bickford about his role on the board and Intel’s position in the storage space.

E-Commerce Times: In releasing the SSR212CC, Intel highlighted the ease with which SMBs can customize the platform. Can you speak to the importance of this ability, as well as to some of the other needs of smaller business that you are hearing about and working to address?

Brad Bickford: Part of my role as director of strategic planning is to drive more of a three-to-five-year strategy in terms of our product-level and ecosystem-level investments. That’s where SNIA comes into play.

The pain the enterprise is facing in terms of the explosive amounts of digital data is not an enterprise-level-only issue. This has to go down to the SMB space and even the digital home space. We need to drive an agenda into our product development that will allow SMBs to effectively manage the group of data. This is almost out of the Intel playbook.

Five to 10 years ago, the server market was a mainframe market, and there was a need for servers in the SMB business to some extent. [Today] our strategy is to allow technological development and deployment into SMBs.

ECT: Beyond targeting SMBs, what are you seeing as some of the overall trends in the storage space?

Bickford: One of the key trends is the movement of storage from a direct-attached model to more of a network storage where the server or the application service requirements are met external to the server. That’s a key macro-trend that’s part of SNIA, and it is part of our strategy to embrace that macro-trend and drive the implementation of that technology into more than just the top 100 or top 1,000.

ECT: What is your answer to people in the industry who think of Intel as a chipmaker and don’t realize Intel is in the storage business? What would you highlight as some of Intel’s major milestones in this space?

Bickford: My appointment to the SNIA board of directors is a significant testimony to the view the industry has of Intel in storage. The board mostly consists of all the significant market segment leaders in storage, and they felt compelled to select an Intel [representative]. That speaks to volumes from how Intel is being perceived from the vendor community. And from the end-user community, we’ve made significant strides in our channels.

ECT: What are your goals in your new role as director on the board of the Storage Networking Industry Association?

Bickford: I view my role as taking an Intel position on industry issues. Part of my role is to drive an aggressive storage standardization effort. So by offering solutions into the industry allowing for a model that delivers more and more value-added levels of integration into the industry, and lowering total cost of ownership, I am aggressively advocating storage standardization.

Technology delivery occurs at many levels, and Intel has a history of driving standards. That is my goal — to utilize the skill set Intel has as a culture and bringing that to the server box.

ECT: In all your time at Intel, what has been your most rewarding experience with respect to the developments that have occurred in the storage space?

Bickford: The most rewarding development that has occurred is recognition at the executive level of the third leg of the technology stool. We recognized way back in the early days the need for a centralized processing unit to run applications and data. Then we recognized the need to communicate that data. And one of my most significant developments at Intel is their recognizing the third leg of the stool is, you also need to store the data.

By having a future strategy in each of those areas, Intel is in a unique position in the industry to offer a compelling platform. Intel is taking storage very seriously. We’re making significant investments, both from internal and external developments, with my role on the board.

Battle of the Titans: Intel vs. AMD and Microsoft vs. Apple, RIM 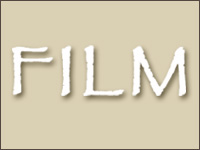