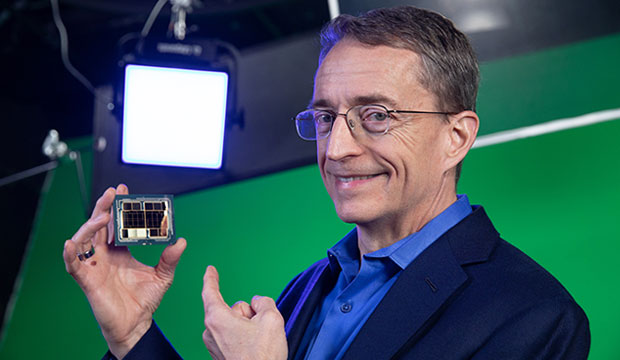 For nearly two decades I’ve firmly believed that Pat Gelsinger should be the guy uniquely suited to run Intel. Last week he did Intel proud with the most effective, for the time, corporate pep talk I’ve yet seen.

Now, I’ve heard lots of pep talks; most take a very aggressive stance about beating the competition and do an excellent job getting people fired up. For a company in Intel’s class, the competition isn’t the firm’s number one problem. Rather, it is an inability to execute and find a way to effectively partner to gain sustainable advantage.

Often a company gets so focused on their competitors they lose track of their customers who, in Intel’s space, increasingly want interoperability, collaboration, and people focused on what those customers want. The customers often want choice, not a firm they support, killing competitions and denying them their choice.

Let’s talk about how Pat Gelsinger presented Intel as an execution and partnering powerhouse, and we’ll close with my product of the week, a new set of noise-cancellation headphones from Lenovo.

One of the common ways a CEO organizes how he or she will talk about their company is by pillars, and four appears to be the most attractive number for this purpose. Pat went down this path as well. His four pillars were:

Execution has been a vast problem at Intel throughout the last couple of decades. I think the source of a great deal of the problems with execution was the company’s hostile culture. For much of Intel’s existence, employee was set against employee. I doubt anyone knows this better than Gelsinger, who was forced out of the company after seemingly being on the wrong side of a power play.

Conversely, Pat was one of the most supportive, empathetic, and passionate managers and executives Intel has ever had. This set of circumstances puts him in a unique position to understand this problem, and he has already demonstrated the appropriate skill set to deal with it. Even if he leads by doing, he should have a positive impact on the culture, correcting the bad behavior of Intel managers, and, as a result, also dealing with the execution issues which likely had a lot to do with excessive infighting.

You can’t innovate if you are afraid to make mistakes — and to fix both execution and innovation problems — fixing the culture is critical.

Pat wasn’t wholly unicorns and rainbows, however. The fourth pillar was to make Intel the leader in every category, and that will require some exciting balance given what else was announced.

The U.S. has a serious problem: it has moved from being the semiconductor fabrication leader to having a small fraction of the market. Intel’s fix for this is to bid on the U.S. project to create a new U.S. super-foundry and open up Intel’s foundry for third-party business.

That may sound like a losing proposition because companies, particularly multinationals, really don’t like getting anything from their competitors. This fear is because they don’t want their funds to be used against them and don’t want their customers to know they rely on a competitor’s technology.

But this is where it gets interesting. I know of one company that has successfully provided technology to competitors, and that is IBM. For much of the second half of the last century, IBM produced most of the storage technology and secretly licensed its competitors. IBM could get away from this because its licensing unit owned its P&L and kept these relationships confidential, never using them as a competitive edge.

IBM is partnering with Intel on this Fab services effort; and Intel will have its own profit and loss statements, suggesting it could succeed where others have failed by replicating IBM’s processes and practices.

The Power of Partners

IBM wasn’t the only partner in evidence. Joining IBM’s CEO as part of the Intel presentation was Microsoft.

These partners are fascinating because these three companies didn’t like each other in the not-too-distant past. These same three companies are essentially responsible for the founding of the current PC and server industries. While they are certainly impressively powerful separately, together, they might again be able to pivot the market to a new, far more cloud-focused, future.

It is also interesting to note that while IBM and Microsoft both have extensive cloud efforts and are led by their resident cloud experts, they don’t directly compete. Microsoft is all about Azure as a general-purpose public cloud with an on-premises option. IBM positions as a multi-cloud expert (including Azure), and they place the IBM Cloud as a solution focused on the most secure workloads.

Microsoft and IBM aren’t mutually exclusive. A tighter partnership between the two companies could create an Azure/IBM Cloud solution unmatched for flexibility and security. Both companies are experts at balancing alliances and competition, a skill that Intel will need to learn to be successful.

Another exciting partner identified in this announcement was Qualcomm.

Qualcomm is fabless, and they are a licensing powerhouse more than they are a parts supplier. Qualcomm already works with Microsoft. There has historically been an impressive amount of employee movement between Intel and Qualcomm, suggesting the two firms could function together, particularly given Apple kind of screwed both.

Pat Gelsinger’s Intel is looking like the very different company it needs to be. It is more collaborative than combative, more strategic than tactical, with a far more effective plan than it has had since Andy Grove left the firm.

What I saw is the emergence of the Intel CEO as more of a statesman than a war chief, someone who could rally the troops and form the critical partnerships and alliances needed to take Intel into the future.

While there certainly will be rocky roads ahead, this approach should not only keep the company out of trouble. Still, it could result in a resurgence of the firms that founded the PC and server industries while creating the cloud and mature AI future we seem to be rapidly approaching.

This talk showcased that the right CEO and board’s potential to see the future, and drive the needed change to adapt, is critical to every company’s survival and success. Intel’s future, and the future of Intel’s partners, are suddenly a lot brighter than they were before last week — and that, my friends, indicates that Pat was the right guy for the CEO job. (Told you so.) 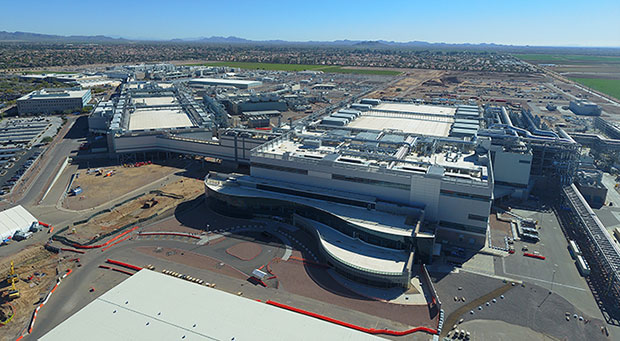 Like most of you, I’m not traveling right now, so my need for headphones has switched from being portable to being comfortable with improved noise cancellation. That way, the sounds surrounding my home don’t become distractions, I can wear the headphones when I’m in bed watching videos without disturbing my wife, and I can go from movies to music depending on my mood.

In-ear, which are more portable and come in form factors that are comfortable enough to wear when not using. This style tends to make my ears itch over time, and they typically don’t have the excellent range, particularly the low end, of the other designs.

Then we have the over-ear style, which is the largest and least comfortable to wear when not in use. They are the heaviest and often do the best with noise cancellation on airplanes.

The third style is on-ear, which falls between the other two. While I typically have not liked this style in the past, Lenovo did an excellent job with the very soft ear cushions providing much of the benefit of the over-ear style, with portability closer to the in-ear types.

Good headphones typically cost in the $250 range, making these, which as of this writing can be found for as little as $130, a bargain.

The ThinkPad X1 headphones have a clean, attractive design, and I was particularly impressed with their low end. Battery life is low for traveling headphones at 14 hours, but this is plenty for home use. 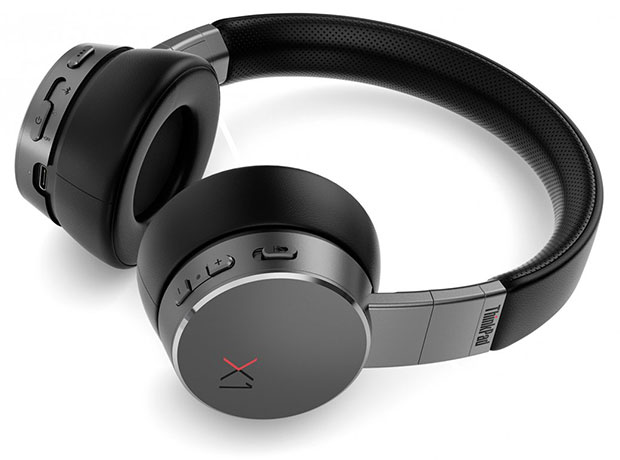 Using them on phone calls, callers couldn’t tell I wasn’t holding the handset, making these an excellent work tool; and they were much more comfortable than the focused Poly headset with a boom microphone I typically use for calls.

These headphones have physical buttons, which is a nice change from other designs. I often find I’m searching for controls, which wasn’t a problem with this set.

Finally, they look like they cost a lot more than they do, with no cheap plastics, lots of metal, and a design that fits well within the Lenovo ThinkPad X1 design framework.

They work well, are very affordable, and seem ideal for our new work-from-home normal, which makes the Lenovo ThinkPad X1 Headphones my product of the week.