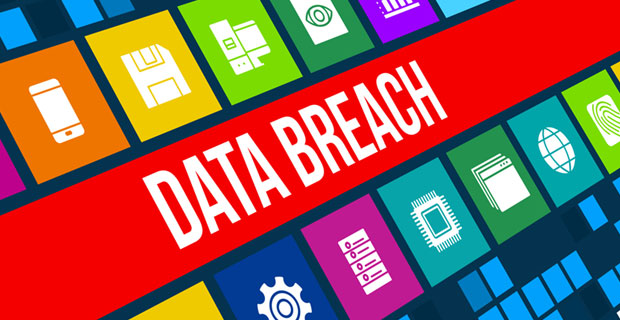 If the rash of data breaches in recent months has done anything for businesses, it’s raised their awareness of cyber liability insurance.

The market for cyber liability insurance is expected to increase dramatically as businesses become more aware that their current policies don’t adequately cover cyber-risks, according to theNational Association of Insurance Commissioners.

The case before the appeals court involves a class-action lawsuit about a data breach at Portal Healthcare Solutions.

Portal has a form of insurance that’s de rigueur for most businesses called a “commercial general liability policy.” It’s a kind of umbrella policy that’s supposed to cover a variety of unforeseen mishaps.

Portal argued that its CGL policy, issued byTravelers Indemnity, should cover the court costs of the data breach lawsuit.

What makes the decision important, particularly for small businesses that may not be able to afford cyber liability insurance, is that they may have some data breach coverage that they didn’t know they had.

That could cover some gaps in existing coverage, too. Although 64 percent of companies have already gone the cyber liability route, many small breaches fall below policy deductibles, leaving companies to pick up the tab, according to a survey released last month byAdvisen.

Despite the appellate court’s decision, businesses should not be too optimistic about their CGLs providing a large measure of cyber liability coverage, noted Collin Hite, an insurance recovery attorney withHirschler Fleischer.

Those types of cases very much depend on the language in the policy involved in the case, he told TechNewsWorld.

Moreover, Hite added, the court did not rule on whether Portal’s policy would pay for damages if the healthcare provider lost the case — it only said Traveler’s had to pay the legal costs in the case.

“The court is not saying that Travelers has to pay the verdict or not. All it’s saying is Travelers must pay for the insured’s defense counsel and to defend the case,” he said.

“A lot of times, though, the defense of the case in the most expensive component of the lawsuit because the plaintiffs may not be able to prove any damages,” Hite added.

Cases like Portal’s are more likely to involve older CGL policies because newer ones specifically exclude anything related to data breaches in the coverage.

“What you see now in most standard liability insurance policies like CGLs is that insurance companies are excluding coverage for liability that arises from a data breach,” said Alex Purvis, an attorney withBradley Arant Boult Cummings.

“What’s unique about the Portal decision is that the policy did not have that type of exclusion,” he told TechNewsWorld. “It may be one of the few remaining policies without that exclusion.”

When Portal’s CGL is up for renewal, it likely will include a cyber exclusion. “This is probably a short-lived victory,” Hite predicted. “The insurers will rally to close what they see as a potential loophole.”

Nevertheless, all companies can learn a valuable lesson from the case.

“If you are a company that faces liability from a data breach, you should not forget some of your standard liability policies, particularly if do not have cyber coverage,” Purvis said.

Even if some of a company’s cyber exposures are covered in a CGL, it makes more sense to get a cyber liability policy, maintained Jeremy Henley, director of breach services atID Experts.

“I would absolutely recommend companies buy cyber insurance in almost every case,” he told TechNewsWorld.

“The type of policy and the amount can change a lot, but every company has private information and technology involved in their organization, even if it’s just payroll,” Henley continued.

“A cyber policy is a prudent step,” he said. “It’s frankly much safer for a policyholder to look at and consider a standalone cyber policy. It’s really in their best interest.”

*ECT News Network editor’s note – April 22, 2016: Our original published version of this story incorrectly stated that patient data was accidentally posted to a test site on the Internet. However, the test site was NOT on the Internet, the American College of Cardiology’s Beth Casteel informed us. Further, our original story stated that the incident occurred “during a redesign of its national cardiovascular data registry.” The software being developed wasn’t a “redesign” of the National Cardiovascular Data Registry, according to Casteel, but just related software. We regret the errors.