IBM to Buy Watson a Pair of Eyes 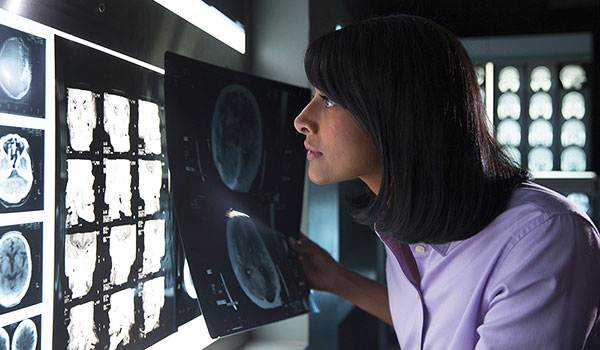 Watson, IBM’s three-million dollar baby, is about to get some peepers.

IBM last week announced a US$1 billion deal to acquire Merge Health, a provider of enterprise imaging and clinical system, with the goal of giving the supercomputer “eyes.”

Merge, which has operated in the health sector for two and a half decades, maintains a medical imaging management platform for archiving, accessing and sharing medical imagery.

The incorporation of Merge into Watson Health will give medical professionals the ability to leverage Watson for assistance with analyzing X-rays, MRIs, angiograms, electrocardiograms, and other medical images to spot anomalies and support their diagnoses, an IBM spokesperson said in a statement provided to TechNewsWorld by IBM Watson Health’s Christine Douglass.

“Increasingly, the universe of data in our daily lives is not just text — but many other forms like video, photos, voice and music — and medical imaging plays a critical role in diagnosis, treatment and medical monitoring,” the spokesperson said. “IBM has continued to push the boundaries of what Watson can do in healthcare, and vision is the next key area that we are pursuing.”

There are compelling synergies in the marriage of Merge’s medical imaging and IBM’s notable resources in analytics, cloud and cognitive computing, noted Kathleen Maher, vice president at Jon Peddie Research.

“There have been huge advances in medical technology,” she told TechNewsWorld, “but the providers tend to be segmented, as evidenced by the separation between radiologists and their peers in healthcare services. With the acquisition of Merge, IBM gains access to a huge trove of imaging data than can help Watson become smarter about imaging data.”

Merge has been a major player in the healthcare sector, but $1 billion is still a hefty price tag, noted Maher, adding that a review of the company’s finances indicates it has had difficulty in growing.

“A big challenge for the medical industry is the sluggish rate at which standards are developed and mandated by government agencies and industry,” she explained. “The length of time it is taking for medical data to be digitized, shared, standardized, etc., is challenging companies who want to move forward in this field.”

IBM’s cloud business revenues have been soaring, as both it and Watson evolve. Where small companies may struggle, IBM has been a force multiplier of sorts with its deep resources, observed Maher.

“IBM is a company that plays a long game,” she said. “It has demonstrated its commitment with a big check for Merge and also its active recruitment of industry partners.”

IBM has been working for more than a decade on cognitive systems for understanding the complexities of images and videos, such as object identification and other things most people take for granted.

Watson became famous in 2011 when it took on — and beat — Jeopardy! champs Brad Rutter and Ken Jennings.

IBM since then has built an entire unit around Watson, and this spring began offering the might of the cloud-connected cognitive computer to the healthcare industry through the Watson Health service and the Watson Health Cloud platform.

“As the transformation of global healthcare continues,” IBM’s spokesperson said, “IBM Watson Health is focused on bringing systems of care, wellness, and support together with technology, data, and healthcare expertise to help people live healthier and more productive lives.”