HP has released a slew of new PCs — both desktop and notebooks — that leverage its growing investment in touchscreen technology ahead of Microsoft’s Windows 7 release.

The products target just about every buying constituency there is, from college students seeking affordable notebooks to businesses interested in upgrading to high-end desktops and laptops. 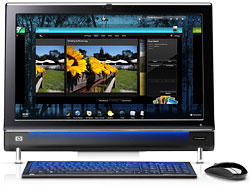 In the touchscreen category, it introduced several products geared toward consumers.

The HP TouchSmart 9100 Business PC targets the middle-tier business user, providing videoconferencing capabilities and other multimedia features. It has a 23-inch diagonal full HD widescreen display. Other features include DVI output and configure-to-order options including a choice of Microsoft Windows 7 32-bit or 64-bit operating system and an Intel Core 2 Duo processor. The HP TouchSmart 9100 starts at $1,299 and is expected to be available in December.

The HP LD4200tm is arguably HP’s favorite child. Among other special effects, it features a 42-inch diagonal high-definition screen with a 178 x 178 degree viewing angle and infrared technology — which recognizes multitouch gestures for on-screen interaction with video, graphics or text in both bright and dim lighting. The HP LD4200tm’s starting price is $2,799, and it’s expected to be available in December.

HP also introduced an affordable new ProBook b-series — the HP ProBook 6445b and HP ProBook 6545b — as well as the HP Elite 7000 Business Desktop PC.

The Probooks are the first in a series of business product launches HP has planned over the next few months for businesses that want to upgrade existing hardware — hopefully in conjunction with the upcoming release of Windows 7. Key selling points for the HP ProBook 6445b and HP Probook6545b are flexible battery options and a range of wireless connectivity choices. Battery life has improved 60 percent — for up to 8 hours and 15 minutes of use — while performance improved 39 percent, according to the specs. The HP ProBook b-series will be available in mid-November for $799.

The HP Elite 7000 Business Desktop PC, billed as the company’s highest-performance small business desktop to date, comes with Windows 7, DDR3 memory support, the Intel P55 Express chipset and achoice of Intel Core i5 and i7 processors. It can support 8 gigabytes of memory, a 1 terabyte hard drive and an array of bays and ports. The Elite desktop is expected to be available Oct. 22 for $789.

HP could not provide comments for this story in time for publication.

The Problems With New Technology

It is good to see products being released with the long-awaited Windows 7 operating system, Rob Stanpolito, analyst with Directions on Microsoft, told TechNewsWorld.

However, there are still hardware and software compatibility glitches, said Stanpolito, who has been testing the OS for a few months.

“It is almost surprising for what seems like such a promising environment — but based on my early testing, I think new products like these HP rollouts will experience their fair share of debugging,” he commented.

HP has been a leading developer of touchscreen technology, working on it as a competitive differentiator for the last 18 months.

“They’ve also done a lot of custom software to make sure it works with Windows 7,” noted O’Donnell.

The result — in theory — will be products that can leverage Windows 7 but still retain the unique HP image, he said.

The problem is that touchscreen technology is still deployed in a vacuum, he added.

“One of its challenges is that there is little software in the industry that actually takes advantage of touch — it is one of the reasons why tablets never took off,” O’Donnell said.

App developers want to see the hardware in place before they begin work, he noted, and that tendency can turn into a vicious marketing timing cycle. Even with HP’s mass rollout, it is still unclearwhether app developers will respond, O’Donnell said.

“With Windows 7, touch will gain more recognition, but it will take a year to 18 months before we know whether it’ll be enough.” 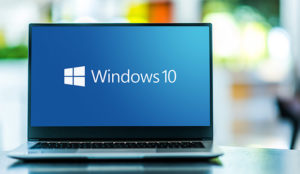