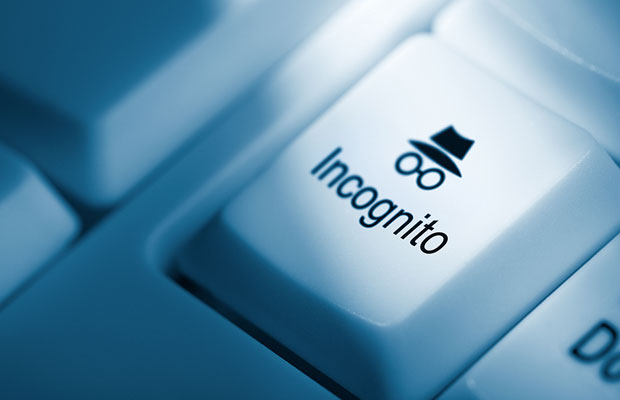 Google is facing a class-action lawsuit for tracking people who used the Chrome browser’s Incognito mode.

Law firm Boies Schiller Flexner earlier this week filed the complaint on behalf of people who used the privacy mode during the past four years.

“Google tracks and collects consumers’ history and other Web activity no matter what safeguards consumers undertake to protect their data privacy,” it states. “Indeed, even when Google users launch a Web browser with ‘private browsing mode’ activated (as Google recommends to users wishing to browse the Web privately), Google nevertheless tracks the users’ browsing data and other identifying information.”

Google conducts this “surreptitious tracking” through Google Analytics, Google Ad Manager, and “various application and website plug-ins, such as Google applications on mobile devices and the “Google Sign-In button” for websites,” according to the complaint.

“When an Internet user visits a Webpage or opens an app that uses such services (over 70 percent of all online publishers use such a service), Google receives detailed, personal information such as the user’s IP address (which may provide geographic information), what the user is viewing, what the user last viewed, and details about the user’s hardware,” it states. Google “takes the data regardless of whether the user actually clicks on a Google-supported advertisement — or even knows of its existence.”

Anticipating that consumers are concerned that it’s tracking their personal information and browsing history, Google “promises consumers that they can ‘browse the Web privately’ and stay in ‘control of what information [users] share with Google,” it continues. Google recommends that its consumers need only launch a browser in private browsing mode to prevent information from being shared with it.

“Both statements are untrue,” the complaint alleges. “When users undertake either — or both — of the aforementioned steps, Google continues to track, collect, and identify their browsing data in real time, in contravention of federal and state laws on wiretapping and in violation of consumers’ rights to privacy.”

The complaint seeks at least US$5,000 in damages for each of millions of Google users who have been browsing the Internet in private mode since June 1, 2016.

“We have nothing further to add, beyond what is in the complaint,” Boies Schiller Flexner spokesperson Edward Evans told the E-Commerce Times.

“Large companies often find creative ways around laws and then convince themselves that they’ll get away with questionable practices. That seems to be the case here,” he told the E-Commerce Times.

The intent of the Incognito feature, and what Google communicated, was to provide users with privacy, Enderle said, “but they then appear to have gone around the function to take the data anyway.”

“Google strongly disputes these claims and will defend ourselves vigorously against them,” said company spokesperson Jose Castenada.

“Incognito mode in Chrome gives you the choice to browse the Internet without your activity being saved to your browser or device,” he told the E-Commerce Times.

When consumers open a new Incognito tab, a notice tells them their activity might still be visible to websites they visit, their employer or school, and their ISP.

“It never says, ‘Our mission is to deliver the most safe, private and secure experience for any individual no matter where they are to access a democratized, even playing field while staying in control of all their data and privacy,'” she told the E-Commerce Times.

“Sharing your information with these services is how they pay the bills,” Enderle pointed out. “If users don’t like that, they should instead buy and use the services from more traditionally funded vendors.”

The average consumer “doesn’t want privacy,” Miller maintained. “They want to be served up a more relevant and personalized engagement, especially when they need it most.”

Google has been sued, and fined, for tracking consumers in the past. The Federal Trade Commission imposed a $190 million fine for tracking children, and $22.5 million for tracking users of the Safari browser.

Both Google and Amazon are under fire for using smart speakers to monitor what users are saying, an allegation tech investor John Borthwick has leveled.

Google tracks user activity on smart home devices, smart cars, and smartwatches. Tracking may occur through use of Google Voice and Google Fiber. Concerns have been raised over the tracking potential of APIs jointly developed with Apple for COVID-19 tracking.

“The systemic problem at Google is that the culture rewards all innovative new methods of collection — including synthesis — of actionable data,” observed Steve Wilson, principal analyst at Constellation Research.

“They’re instrumenting the world so as to aggregate as many signals they can to point to people’s buying behaviors,” he told the E-Commerce Times.

Google then takes steps to de-identify or obfuscate identities, and “to be fair, they’re pretty good at that,” Wilson said.

Still, “when your core mission is to find out everything you possibly can for commercial advantage about Internet users,” he continued, “it’s difficult, I think, to claim credibly that privacy is a top priority. Privacy is inherently a secondary consideration to the business.”