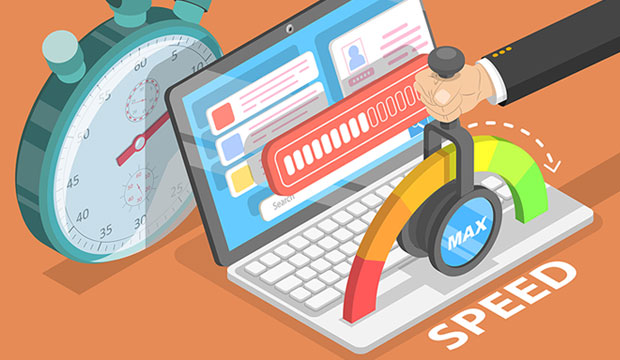 This summer brings hefty changes to Google’s search algorithm. Software developers and website operators need to think about how to keep their sites ranking on top. Failing to do so can have a devastating impact on finger traffic that ads and page clicks have on business results.

Google went live earlier this summer with its new Core Web Vitals algorithm to determine search rankings. With the implementation of Core Web Vitals as a key component of its search algorithm, Google has made a well-considered decision to reward sites that perform the best and that have been specifically designed to create the best experience for users, according to the company.

That design factor is key to keeping website rankings at or near the top of the digital pile. Another key element is Google’s continued reliance on Next.js, a JavaScript framework that lets web developers build server-side rendering and static web applications.

Google has made significant open source contributions to Next.js, including code that allows webpages to load images faster. Platform developer Vercel and Next.js provide many critical capabilities that enable developers to ensure their sites rise in rankings based on performance improvements.

Website performance increases have real business impact. Barely measurable improvements can result in the gain or loss of substantial amounts of revenue to web sites large and small, according to project developers. The ability to measure fully and accurately, and then easily and quickly improve the things that matter most to users is the key determinant of business success today.

6 Years in the Making

Since the introduction of AMP, newer technologies — particularly the popular Next.js — brought not only an ability to improve website performance but also improved the developer experience.

Google has tried to help educate developers on how to build for the web faster. The company also tried to incentivize developers with coding tools like AMP to give higher placement in search, along with providing Featured Snippets at the top of search results, according to Lee Robinson, head of developer advocacy at Vercel, creator of Next.js.

Ultimately, faster pages provide a better experience for the users of Google, and that is where they were trying to help nudge the developer community.

“Developers really did not like that. They did not like having to add Google’s specific code to their applications. It created a little bit of backlash around that,” Robinson told TechNewsWorld.

So instead, Google realized that the core goal was to make fast websites and shifted its focus to providing a better application which they call Core Web Vitals. Essentially it is a different way to measure a website’s performance in terms of what Google is looking for, he explained.

Google looked at the millions of web pages and crafted performance metrics for all these pages. If a website is passing in the green on all these vitals, Google will rank it higher than that business’s competitors. This process has been in the works for a few years.

In typical fashion, nobody really starts to care until it actually happens, as it did last month. Now rankings are changing as the new algorithm looks for those new web vitals indicators, noted Robinson.

The buy-in for web developers is optimizing their websites to comply with the new ranking rules based on the new priorities. Developers can now take the clear guidelines from Google back to their companies.

Developers right away love that there is clarity on what they need to do to get their site or performance regarding SEO, Robinson said. While the new metrics will improve the performance of the web as a whole, it is definitely targeted more towards enterprise because they have the most to lose if their site is performing slowly.

“Google clarified for developers that the new ranking has to do with your relation to your ranking with your peers and with your competitors. So if you have Apple and Samsung both ranking for phones, but Apple’s website is twice as fast, that algorithm is going to give preference to that faster site as one of the factors,” Robinson said.

Unfortunately, Google’s early ranking changes were challenging for web developers to react to, according to Jordan Adler, engineering manager for OneSignal.

“The specific mechanisms of measurement were unclear, and Google often had to delay or soften the rollout of these changes so as to not over-emphasize mobile usability over other ranking factors,” he told TechNewsWorld.

Speaking about clarity, Robinson added in response to a question that the current deployment of these Core Web Vitals is no doubt the first phase of an ongoing refinement process.

His understanding of Google’s work on the new algorithm from his experience with the development team is the process will be a continuous effort to understand how to empower developers to build fast websites.

“I think the guidance around what makes a website fast will likely update over time as we get more and more metrics and data on real world usage of these things, but I think the core principles of what makes vitals are pretty solid,” he said.

That seems to fit the pattern of what Google has already done in prioritizing the mobile user web experience, according to Adler.

“As the primary device used to navigate the web increasingly becomes mobile phones, Google and other search engines have been prioritizing the mobile user experience as part of their ranking approach,” he said.

This work really began in 2015 with the Mobilegeddon update. It continued with subsequent updates, he added.

How the New Algorithm Helps

Core Web Vitals advances these goals by creating a small set of specific and well-defined metrics that can be used by Google Search and other properties to measure website performance, explained Adler. These performance metrics are specifically defined to combat existing mobile UX problems on the web.

For example, the First Contentful Paint (FCP) metric is intended to measure page load speed. On mobile devices, internet speed is often slower, so page load is a much more meaningful consideration, he said. The First Input Delay (FID) provides the first feedback to the user that the page is actually loading.

The FID is intended to measure responsiveness to user input. Nobody wants to see a page load quickly, tap on a UI element, and then wait multiple seconds for a response, said Adler about why the metrics are necessary. The FID metric helps measure a web visitor’s first impression of the site’s interactivity and responsiveness.

Finally, the Cumulative Layout Shift (CLS) metric is intended to measure the presence of what was formerly called “jank” and is now called layout shift. This is the experience of having a page’s click/tap targets move while you engage with the page. It is one of the most frustrating pain points for mobile users.

Lighthouse is a tool built by Google specifically to provide actionable feedback to web developers as it relates to performance, SEO, accessibility, and other targeted areas of ecosystem enhancement.