Hard on the heels of Amazon’s recent announcement that it’s planning deliveries by drone, Google this week acknowledged that it has embarked on a new robotics effort under the leadership of former Android head Andy Rubin.

“I am excited about Andy Rubin’s next project,” said Google cofounder and CEO Larry Page in a comment on the The New York Times story that broke the news. “His last big bet, Android, started off as a crazy idea that ended up putting a supercomputer in hundreds of millions of pockets. It is still very early days for this, but I can’t wait to see the progress.”

Google has acknowledged that the project remains something of a “moonshot.” Nevertheless, over the past year Google acquired seven technology companies that have experience in robotics and it also has begun hiring staff to develop its own robotic products.

Technology developed by the acquired companies includes robotic arms, powered caster wheels that can drive vehicles and computer vision technology, and robotic manipulators that are intended to work side-by-side with humans.

‘The Door Is Wide Open’

Given that Rubin began his engineering career in robotics and previously worked at German manufacturing company Carl Zeiss as a robotics engineer, he seems well-qualified for his new task. Google, meanwhile, is no stranger to pushing technological boundaries.

“Google continues to invest in new technologies and applications, so it’s not a complete surprise,” Jim McGregor, founder and principal analyst with Tirias Research, told the E-Commerce Times.

What the applications of this new effort might be, however, is still “a bit blurry,” McGregor added.

It’s not consumer-focused — at least not initially, the NYT reported.

Based on what has been offered by Google so far, it appears that the company is “targeting manual labor applications beyond traditional manufacturing,” McGregor suggested — “applications such as loading and unloading trucks that require a high degree of flexibility.

“The door is wide open, because no one really knows how and where mobile robotics will takeoff next,” he added. “Who knows, maybe Google is building its own army.”

‘Andy Rubin Is No Joker’

Google has reportedly invested heavily in this new project, however, and the choice of none other than Rubin to head it up suggests that this is no mere proof-of-concept effort.

“Google has bought up several robot companies that are now part of the project Rubin is working on,” Steve Rainwater, founding editor at Robots.net, told the E-Commerce Times. “Those companies developed humanoid robots, 3D vision and holonomic drive systems — sounds to me like parts you’d need to build some sort of general-purpose industrial robot.”

Moreover, while “most of Google’s projects are a bit on the crazy side, Andy Rubin is no joker,” Roger Kay, principal analyst for Endpoint Technologies Associates, told the E-Commerce Times. “Robots can be used for anything these days: manufacturing, transport, security, domestic chores.”

In fact, “one of Google’s most promising efforts is self-driving cars,” added Kay. “That would be a fruitful area for robotic intervention.”

In addition, “with the world becoming increasingly electronically controlled and connected, it is in the best interest of companies like Google to continue to invest in new applications and technologies,” McGregor noted. The Internet of Things, or IoT, “is likely the next major inflection point,” he added, “and robotics may play a role.”

Jellyfish-Bot Swims Through the Air 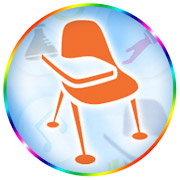