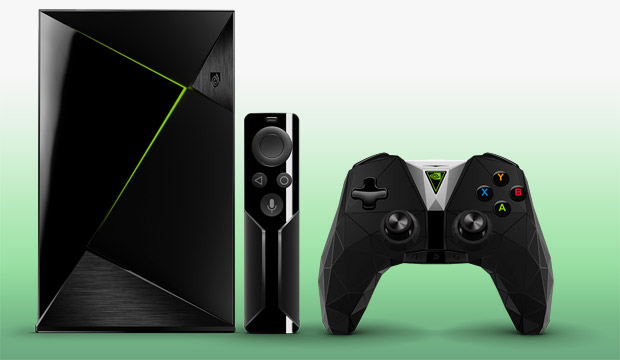 Nvidia on Thursday announced that its Shield TV now includes Google Assistant as part of its Shield Experience Upgrade 6.0 update, which is now available for download. The update also lets the Shield device work as a SmartThings Hub when paired with a SmartThinks Link.

The SmartThings Link, which can be used to connect Shield TV as a SmartThings Hub, will be released in the coming months with a promotional launch price of US$14.99. The regular price will be $39.99.

Shield TV supports voice commands to search apps, play and pause TV, and seek out particular programs. Users can ask questions of Google Assistant to get information not only about TV shows, characters and actors, but also about weather, news updates, sport scores, and a multitude of topics.

Users will be able to communicate with Google Assistant using natural language commands.

The set-top box, which can be integrated with the user’s Google Calendar, offers much of the functionality available in a Google Home smart speaker, including setting timers and alarms, and making phone calls.

Where it could offer a step up from Google Home is that Nvidia’s Shield TV provides a way for information to be visually displayed on a TV screen in addition to being verbally relayed to the user.

The Shield TV integrates with streaming apps from HBO, Netflix and other services.

New and existing Shield owners will receive three months of Google’s YouTube Red — the ad-free version of the video service — for free.

Shields Up to the Competition

Shield TV’s new features could help it stand out from the competition, but it is still a set-top box with digital assistant functionality — not a true virtual assistant.

“It is a TV-first device, and its differentiator is performance. It was one of the first to support 4K HDR streaming, for instance,” he told TechNewsWorld.

Most set-top boxes typically have the minimum performance needed to do the job, and that can lead to frame drops and voice cut outs, Enderle noted.

The other distinguishing feature for Shield TV has been its ability to act as a PC-lite game console. That could help it break out, even if it does make it more of a niche product in a crowded marketplace.

“While some, like Fire TV, do games, they don’t do them particularly well — and this is where Shield TV tends to shine,” Enderle said.

“Where it did lag was with voice control. It had it, but it lagged the Fire TV in experience, so moving to the Google Assistant should close this gap,” he suggested.

“For those willing to pay a bit extra for a higher level of performance, and particularly for those that want to either play PC games streamed from their PC or have a better Android gaming experience, this is the solution they’ll likely prefer,” Enderle said.

The latest updates to the product should be welcome to its hardcore users, even if that customer base is somewhat limited.

“It will be well received, but I’m not sure how many people actually use Shield TV,” he told TechNewsWorld.

“The target market is tiny — gamers who are interested in playing via streaming media set-top box rather than investing in a game console — and the set-top box, streaming media space is incredibly crowded,” said Josh Crandall, principal analyst at Netpop Research.

How some of the functionality is meant to be used could be another factor influencing its appeal.

“Virtual assistants need to live in the kitchen, not the living room,” said Joel Espelien, senior analyst at TDG.

“People don’t want to yell across the room at the assistant,” he told TechNewsWorld.

Even with its limited appeal for those who already are sold on it, “this upgrade extends the functionality substantially,” noted Kay.

However, “the real story here is happening behind the scenes,” Crandall told TechNewsWorld. “It’s the competition between Google and Amazon — so pulling YouTube from Amazon’s Echo Show is a sign that Google is concerned about how integrated Amazon has become in people’s world of entertainment, in addition to commerce.”