Google+: A Social Network Even Geeks Can Love? 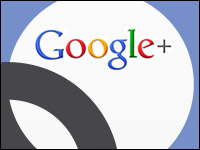 Google+ may still be in its invitation-only early days, but with all the wild excitement and skyrocketing numbers of users, it’s awfully hard to tell.

Quibbles about real-name policies notwithstanding, eager users from virtually every walk of life seem to be flocking to the new social network — even those of us who are perhaps less than entirely socially minded.

It’s not at all surprising, of course, to see your average, run-of-the-mill Facebook fan scampering over to check Google+ out. Such individuals, after all, would likely jump at any opportunity to share photos, updates and every manner of personal details with countless friends far and wide. They are extroverts, in other words, and they *will* share as often and as widely as they can.

What’s been striking, though — at least to Linux Girl — is the more or less positive reception Google+ is getting even among us geeks here in the Linux blogosphere.

“Those of us lucky enough to be on Google+ love it,” wrote ZDNet’s Steven J. Vaughan-Nichols, for example. “Oh, we may get really upset about Google’s real name policies, and how Google’s attempts to improve it haven’t gone far enough. But, we only get so passionate about it because we love it so.”

Paris Hilton may have now arrived on Google’s social network, but apparently that’s not stopping us from finding it useful for our own purposes as well.

So what is it about Google+? What is this “je ne sais quoi” that’s attracting both social butterflies and those of us who just aren’t? Linux Girl rolled up her sleeves and set out to find out.

“Put simply, it’s not Facebook,” Hyperlogos blogger Martin Espinoza told Linux Girl down at the blogosphere’s brand new Circles Cafe. “It has all the same privacy concerns as Facebook, but where Zuckerberg has proven himself to be an evil bastard time and again, Page and Brin have demonstrated a desire to at least do things well.”

Users are “dropped from FB regularly without explanation, for example,” Espinoza noted. “I don’t think anyone believes this is going to be a trend on G+.

“The user interface has improved just in the time I’ve been using it, and if they can keep up the pace for a few weeks then they ought to be able to sort out the most desired functionality,” he added.

“I love the Circles feature allowing you to post updates for particular groups,” chimed in Roberto Lim, a lawyer and blogger on Mobile Raptor. “The J and K keys for scrolling is another nice feature.”

Lim has not used Google+ features including Sparks and Hangouts, nor has he installed the Google+ app on his phone, since it’s not yet available in his area. He also says he still relies much more on Twitter.

Still, while he doesn’t currently see any benefits specific to Linux users, “the main advantage as an HTC Android user is that it allows me to sync updates, phone numbers and email addresses,” he added, and it also “reminds me of their birthdays with my phone.”

‘My Grandmother Is on It’

“Google+ has some nice features, and I really like the way that sorting the friends lists was built in rather than the complete hack of an afterthought it seems to be on Facebook,” Mack offered.

“Unfortunately, for the moment, inertia is still with Facebook, since everyone from old classmates to my grandmother is on it,” Mack added.

For Slashdot blogger hairyfeet, trust is still an issue.

“Remember how they said, ‘Android is open!’ and then did an about-face and changed that to, ‘Android is open for handset manufacturers!’?” hairyfeet recalled. “Or how they have been asked repeatedly about ties to the NSA and refused to answer?”

Google’s “don’t be evil” slogan, in fact, is “right up there with ‘Think Different’ and ‘Windows 7 was my idea!'” in hairyfeet’s opinion.

“It’s called marketing, folks,” he said. “You know corporations can lie, yes? Then why would you trust a multinational corporation who has an interest in mining your butt and NO reason not to do whatever it wants with your data?”

In the end, though, “Google+ frankly won’t matter anyway, not unless they can somehow buy Zynga,” hairyfeet opined. “Don’t ask me why but those Zynga games are like catnip to females and the males go where the females are. The females have too much in their Farmville and Frontierville to go anywhere.”

‘I Want It to Wither and Die’

That, however, remains to be seen.

Users of Google+ already number in the vicinity of 20 million, and most seem pretty happy to be there.

To wit: “I am still responding to content posted on Facebook, but I’m no longer posting anything there,” Espinoza noted. “I want it to wither and die.” 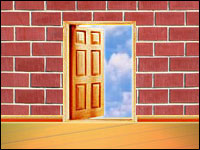