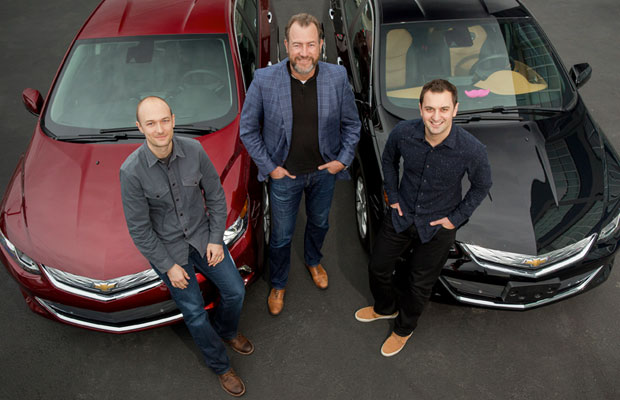 General Motors has agreed to invest US$500 million in Lyft, and the companies will work together to develop an integrated network of autonomous vehicles, they said in a joint announcement on Monday.

As part of the agreement, GM will become a preferred provider of short-term vehicles to Lyft customers, and it will provide them with its OnStar vehicle location services.

GM will gain a seat on the Lyft board of directors.

The companies see the future of personal mobility as “connected, seamless and autonomous,” and they believe they can reach that goal more rapidly by working together, said GM President Dan Ammann, pictured above (center) with Lyft cofounders John Zimmer (right) and Logan Green (left).

Lyft — the second largest ride-sharing service in the U.S., behind Uber — provides more than 7 million rides per month in 190 cities nationwide, according to company figures.

GM is the latest automaker to jump into the autonomous vehicle space, which is under development on a number of fronts, in a bid to compete with Google, which has taken the lead in promoting this promising new industry to consumers.

“This shows GM is paying attention to that and positioning itself for when that day comes,” said Egil Juliussen, a principal analyst at IHS.

Google, which has led the industry in this space, last year hired industry veteran John Krafcik, the former chief of Hyundai’s U.S. operations, to lead its autonomous vehicle unit.

“I think it complements what we do quite well,” he told the E-Commerce Times.

GM Wades Into the Pool

GM last fall signaled plans to expand its development in the self-driving space, announcing that it would provide a fleet of autonomous 2017 Chevrolet Volts for use at it’s Warren( Mich.) Technical Center campus.

The “supercruise” autonomous vehicle feature, which has been undergoing tests since 2012, will be available in its 2017 Cadillac CT6 vehicles, GM said.

GM joined with Google in 2014 to test a ride-sharing service that utilized Chevrolet Spark electric vehicles, and it announced a New York City program called “Let’s Drive NYC.” Residents of the Ritz Plaza, a 479-unit luxury residence in Times Square, were given access to Chevrolet Trax and Equinox vehicles and parking at 200 Icon Parking System garages around the city for up to three hours a month, with additional time priced at $10 an hour.

GM also worked with dealerships in Europe to launch a ride-sharing program called “CarUnity” with its Opel brand.

The company has been testing a ride-sharing program at Jiao Tong University in Shanghai, with a fleet of EN-V 2.0 electric concept vehicles.

The potential market for autonomous vehicles is massive, IHS’ Juliussen told the E-Commerce Times, as about 1.1 billion of the world population of almost 7 billion are licensed drivers. 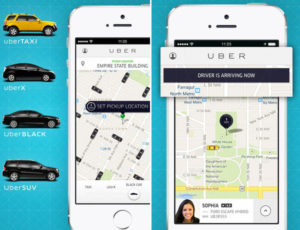