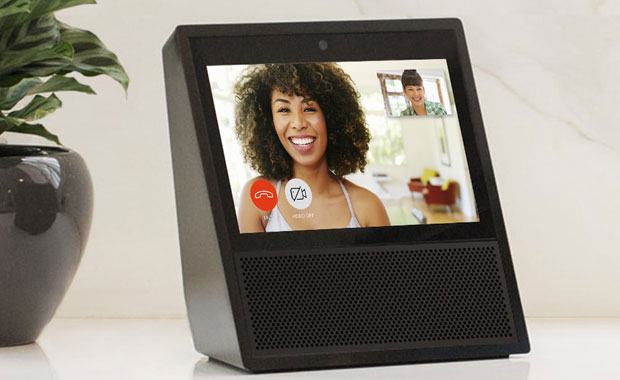 Welcome to the latest edition of Gadget Dreams and Nightmares, the column that’s finally recovered from the North American national holiday cookouts to pore over gadget announcements of note.

In our fireworks spectacular this time around are an Amazon Echo speaker with a screen, a Bluetooth fidget spinner, and a nightlight that alerts you to notifications.

As always, these are not reviews (thanks for still not bringing Echo to Canada, Amazon!). The ratings are indicative only of how much I’d like to try each item. Assuming, of course, that Amazon ever brings more of its products to the Great White North.

I’m cheating. The Amazon Echo Show (pictured above) was announced in early May, but with one column between then and now, and new Apple products to consider, there was just no space last time around. The Show has just been released, though, meaning it’s worth casting an eye over even now.

This is the first in Amazon’s line of Echo smart speakers to incorporate a screen, and it seems very much more “speaker with a display” than “tablet with better audio and microphones.”

It has all the functionality of Echo, including access to Alexa, Amazon’s voice-operated assistant. The screen can, for example, provide a more detailed weather outlook than what Alexa spouts out, and it can keep you more on track when you’re working through a recipe by displaying each step as you need it.

It can display song lyrics too, which can help you avoid an embarrassing moment of forgetfulness during a sing-along at your next house party. The 7-inch screen does not have touch control, so you’ll have to bark orders at Alexa.

I am very glad there’s support for video, namely Amazon Prime and YouTube (but, disappointingly, no Netflix as yet). It can display video from connected cameras, which can prove especially helpful if you want to check who’s at your front door without creating unnecessary movement inside.

There’s video calling through the Alexa app or Show-to-Show, along with a feature called Drop In, which could prove tricky on privacy grounds. The opt-in tool allows those to whom you have granted access to drop in on you, and immediately start a video call. With only 10 seconds to reject a call or make it audio-only, that could lead to some uncomfortable conversations with your nearest and dearest if you’re not prepared or miss the call prompt.

It’s overall a positive addition to the Echo family. It might not be for everyone, and some might prefer to buy a decent tablet for the US$230 they’d fork out for Show. Still, for frequent Alexa users and those who might be too busy to tap on a screen, it could be worthwhile.

Now, if only Amazon could make it available in my neck of the woods — and maybe add Netflix support.

I’m a positive, welcoming person for the most part. I firmly believe in the mantra of “each to their own,” as long as it doesn’t involve harming anyone else. However, I will deliver a strong judgment against anyone I see using a Bluetooth-connected fidget spinner.

The BlueSpin Bluetooth Spinner links to an app that tracks challenges, shares scores, and lets users chat with their pals about their cool new toy.

First, this belongs firmly in the realm of connected devices that in no way need to be connected. Second, it’s a crowdfunding project expecting to ship in September. That means that this tech-minded take on the latest fad may not land until months after the craze has had its moment.

It’s easy to see fidget spinners proving more of a Pokemon Go than a yo-yo in the enduring, widespread-popularity stakes, so this is one idea that’s on the skids before it even makes it to the shelves.

Aumi Mini is a smart notification light and nightlight. It has IFTTT support to allow for all manner of use cases.

At first glance, I wanted to hate Aumi Mini. There’s something just intrinsically annoying about a flashing light every time your phone wants to bring your attention to something. On second thought, though, it’s far more useful.

I do like that there’s a proximity sensor, so it can flick on if you stumble out of bed at 3 a.m. desperate for a snack and don’t want to crash into the armoire in the dark. And connecting it to a smart smoke detector might give the hard of hearing an immediate warning that something is wrong.

I don’t think it’s for me — there are legitimate use cases for this that stretch beyond the gimmicky, but I just can’t quite get past the marketing of it as a nightlight, for some reason.