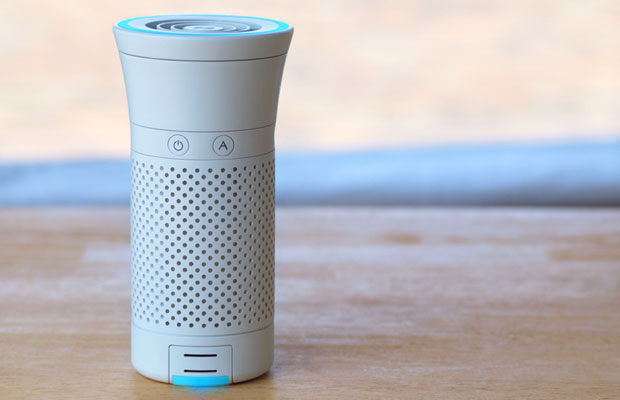 Welcome to Gadget Dreams and Nightmares, the column that’s looking forward to escaping wall-to-wall political convention coverage by holing up in a film festival — but not before delving into the latest gadget announcements.

On the convention floor this time around are a personal air purifier, glass speakers, a sneaker-guitar pedal hybrid, and the cutest appliances around.

As always, these are more first looks than reviews, mostly because I have not even laid a finger on any of these items, while the ratings reflect only how much I’d like to have them in my hands.

I was diagnosed with mild asthma as a kid. I don’t take any medication, yet knowing that illness lives in my respiratory system means I try to be especially conscious of what I’m breathing. Air quality is difficult to control, so a personal air purifier is something that fundamentally interests me.

Looking not unlike the USB microphone I bought and swore I’d one day use for podcasting, Wynd filters allergens, dust, smoke and other pollutants. It can operate automatically, or you can manually adjust the output by twisting the top.

That’s not a feature I could ever contemplate using, but it’s just a small dent in Wynd’s alluring armor. The purifier’s small, portable build makes it extra enticing, as I’d be sure to pack it whenever traveling to a particular smoggy city.

Rating: 5 out of 5 Healthier Lungs

Turtle Beach’s HyperSound Glass speakers apparently can beam ultrasonic audio in the direction of a specific listener. So, if you enjoy watching movies with the sound system set to movie theater mode, but your significant other prefers viewing with a low volume and subtitles, both of you can have things your own way.

It’s impressive technology, and while it’s in the early stages, I’m greatly looking forward to bedecking my entertainment setup with these eventually. That the design is clean and easy on the eye doesn’t hinder the speakers’ chances of surrounding my television either.

Rating: 4 out of 5 Beamed Blockbusters

In a Rock Star’s Shoes

I still harbor dreams of being a performing musician. I’m a terrible guitar player, though, and the more effects I can use to mask my lack of skill, should I ever return to the stage, the better.

You have to look the part in a band as well, which is why Converse has me clamoring for its Chuck Taylors with an integrated wah pedal.

The shoes have regular guitar plug ports on each side, and you can modulate the signal by raising or lowering your foot — just as you might with a regular wah pedal.

The only trouble I really can see here is the potential for accusations that you actually aren’t doing anything. Instead, your off-stage guitar tech is operating the wah pedal while you’re miming.

Since the closest I’ll probably get to owning these is as a figment of my imagination, I might as well pretend to use them with an air guitar anyway.

Rating: 5 out of 5 Toe-Tapping Beats

Regular readers will know I have an affinity for anthropomorphized robots that fall firmly on the cute side of the design spectrum. Now there’s more. Royal College of Art graduate student Hyerim Shin has concocted a series of home appliances that just might make all our homes that much more adorable.

Taking a cue from the Japanese kawaii aesthetic, she created a vacuum cleaner, toaster, and trash can with a difference.

When the robot vacuum fills up, it wiggles its tail end and deposits a container of dust on the floor for you to dispose of. It doesn’t take a great leap of imagination to decipher which bodily function that mimics.

When it’s time to empty toast crumbs from the toaster, it makes some wheezing sounds. As for when you pull back a lever to expel said detritus, the machine sneezes. Or at least, it plays a sneeze sound.

The trash can’s party trick is to show embarrassment when you need to change the bag — it shuttles to the side and turns around, in an “if I can’t see you, you can’t see me” fashion.

Like I say, adorable in their own ways. If machines do their jobs correctly, there’s little reason not to add a little quirk to our everyday home products. It adds a splash of color and brightens our days.

The only downside for me is in those eccentricities getting a little annoying. I imagine I’d have to stop using each for a while when that happened, only later to fall in love with them all over again.

Rating: 4 out of 5 Adorable Appliances 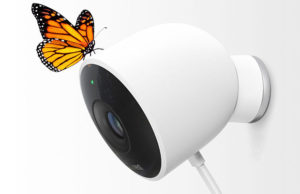 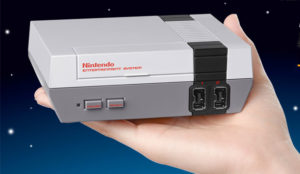