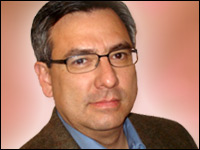 It’s been another eventful week in the continuing original drama, “The Death of Journalism As We Knew It.”

Our story so far:

In their opposing corners of the Web, the usual media analyst suspects digested all this and either wailed about, or hailed the approach of, the Death of Journalism. Tweeps, Facebookers and LinkedIn-ites linked and shared and overshared.

None of this helps Kery Murakami get any closer to his goal: to once again be a working journalist in the city of Seattle.

Unemployed and Working Harder Than Ever

“I’m doing this mostly out of passion and belief for what we do, but also out of desperation, because you go to JournalismJobs.com and you look at the landscape, there are no jobs out there. In the old days, you’d think about selling your soul and going PR, but there are no PR jobs out there. There’s nothing out there.”

So Murakami, a 20-year-plus journalism veteran who covered city hall for the Seattle Post-Intelligencer right up until the daily newspaper folded in mid-March, is trying to create his next job out of thin air. That’s meant working with several of his fellow laid-off colleagues 10 to 12 hours a day, six to seven days a week, transforming himself into journalist-entrepreneur. That’s why his words tumble out in a rush during our phone interview late Tuesday night: This guy needs more sleep.

“Part of it is just starting any small business,” Murakami says. “The gazillion details, and each and every detail will drive you crazy. The regulatory forms you have to fill out, where to get computers.”

Luckily, he and his staff are working with local public broadcasting representatives KCTS-TV and KPLU-FM for what will be Seattlepostglobe.org, a news site which hopes to launch next Tuesday. KCTS is letting Murakami and company work out of their office space free for three months.

“They’re looking into grant funding to hire a business consultant to create a business model, and also to look at us as a demonstration project and give us a little bit of operating funding at the outset,” Murakami said. “That’s the ultimate goal, to create a news site totally operated by all three entities that would share content and resources.” Murakami wouldn’t have to turn himself into an all-platform, multi-media journalist — laptop computer in one hand, camcorder in the other. His public broadcasting partners would provide the audio and video content to ensure that everything looks and sounds professional and doesn’t turn into amateur hour.

For Murakami, it’s about one more choice for Seattle news consumers. “When the Rocky Mountain News closed, the people in Denver were affected by it, but they got no say in it. No one asked the people in Seattle what kind of journalism they wanted here. So that’s part of what we’re trying to do.”

Professionals get paid. Murakami is still doing what Bob Woodward and Carl Bernstein did to break open Watergate; he’s following the money, but for slightly different reasons.

“We haven’t been that successful,” Murakami says. “We’ve met with potential investors and the question they ask is, ‘How sustainable is the business plan?’ I don’t know. It really comes down to what people in Seattle are willing to pay for. I have no marketing studies, and no one I’ve talked to has any. Without a business consultant, we have no idea what the revenue is going to be.”

At this point in our conversation, Murakami’s frustrations with the business side of the Digital Age of Journalism rise to the surface. Some are encouraging him to focus on certain segments of the news-consuming population — political junkies, environmentalists. It’s not part of the grand plan: to continue providing general news. “We keep hearing ‘niche and differentiation.’ If I hear ‘niche’ one more time I’ll scream. Maybe that works from a business standpoint, but from a societal level, it shouldn’t matter if your primary concern is the environment or race or immigration or low taxes or whatever. Everybody ought to be concerned about their own issues, but if we just focus on that, then nobody is going to be able to reach out to the general public the way they used to.

“I hope to God folks realize that it’s about a community issue. It’s not about journalism or a jobs issue. Whatever you care about is affected by this.”

“This” refers to the sudden lack of people keeping an eye on what’s going on with public officials. “There are tons of aggregators out there, and tons of bloggers, and I don’t mean to disparage what they do. They fulfill a goal in the media mosiac that’s out there. But no one’s out there doing what a city hall reporter does. He goes through city records, sits through hours and hours of incredibly boring meetings looking for that nugget that tuns into an important story. That’s just not happening or being done. That bothers the hell out of me. I take what we did very seriously.

“There’s one city hall reporter left in Seattle. God only knows what’s going to go on when people aren’t watching.”

By the time you read this, Murakami will have taken part in yet one more panel discussion about the future of news in Seattle. The voices heard there will no doubt join the chorus raised, re-Tweeted and linked-to on the Internet by the likes of PressThink’s Jay Rosen, BuzzMachine’s Jeff Jarvis, authors Clay Shirky and Steven Johnson and media columnists David Carr of The New York Times and Jack Shafer of Slate.com. (Let’s see, is that everybody on my media guru name-check list?)

At the end of that discussion — if nobody shows up with a check or winning lottery ticket — Murakami will go back to finding a way to get paid for doing what he’s wanted to do since second grade: Be a reporter. He’s ready for the talk to end and for people — Seattleites for now — to start voting with their pocketbooks for the kind of news they’ve always wanted.

Maybe Dean Singleton and the AP are feeling a similar sense of weariness with reading their profession’s obituary over and over again; hence its stand against aggregators, no matter how hollow some may find the threat. It may also explain the recent trial balloons floated by New York Times executive editor Bill Keller regarding a return to paid online content and The Wall Street Journal‘s decision to offer more exclusive paid content.

Whatever. Just make a decision soon and see what news consumers will pay for. It might help Murakami with his biggest challenge since the P-I layoffs; getting his unemployed colleagues excited about continuing to practice journalism when they’re worrying about the bills.

“For the nine years I worked at the P-I, the small core group of people who worked very hard are having a hard time just getting out of bed to figure out what to do with their lives,” Murakami said. “All the things you have to do when you’re unemployed. The parents are having really rough conversations with their children. Just trying to get people to do stories when they’re overwhelmed is hard.”

TechNewsWorld columnist Renay San Miguel started his journalism career with his hometown newspaper in Texas in 1979. He moved to television in 1985, anchoring, producing and reporting in Austin, Dallas and San Francisco before joining CNBC as a technology correspondent from 1997 to 2000. Following a stint with CBS MarketWatch, which included filing tech stories for the CBS Early Show, San Miguel joined CNN Headline News in 2001 as an anchor/tech reporter. He also contributed digital content for CNN.com. After his 2007 departure from CNN, San Miguel founded Primo Media and now freelances in television/online reporting and media consultation.
Get Permission to License or Reproduce this Article