Former Execs Team Up to Fight the Tech Addiction Monster 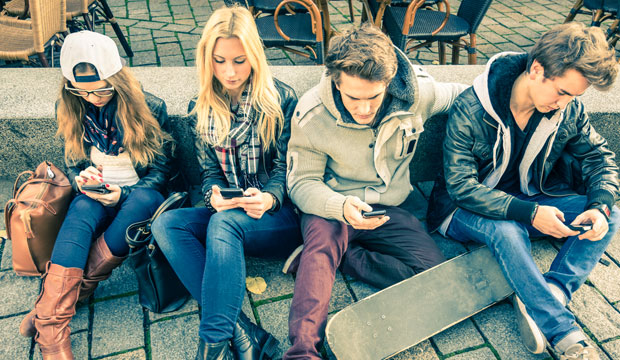 A group of former Facebook, Google and Mozilla executives have joined forces with the Time Well Spent advocacy group to establish the Center for Humane Technology (CHT), a new organization dedicated to combating the growing problem of addictive behavior among social media users.

The new center, along with the children’s advocacy group Common Sense, on Monday announced a campaign to help change the social media model. Its goal is to lessen the negative impact of automation and other technologies on the development of children and young adults, who are considered highly vulnerable to the most damaging aspects of social media.

“Tech companies are conducting a massive, real time experiment on our kids, and at present, no one is really holding them accountable,” James Steyer, CEO of Common Sense.

Teenagers polled in a 2015 survey used social media for an average of nine hours of per day, Common Sense found. Half of the teens admitted to feeling addicted to their mobile devices, and 60 percent of parents felt that their kids were addicted.

CHT and Common Sense will kick off the campaign Wednesday at a Washington conference called “The Truth About Tech: How Tech Has Kids Hooked.”

Social media companies — Facebook, Twitter, Google, Snapchat, YouTube and others — have been microtargeting users with millions of specific advertisements, images, videos and other elements that are aimed at driving engagement, argue the campaign’s backers, led by CHT Executive Director Tristan Harris, former design ethicist at Google.

Social media organizations aim to satisfy the goals of their advertisers, maintain support from investors, and create a model to monetize the information they gather, according to the campaign.

CHT hopes to encourage changes in mobile phone design that will help minimize screen time, unhook users from their devices, and get customers to spend more time interacting with real people instead of constantly checking for the next post. They also will push for better consumer protection policies that protect users from abuses.

Sen. Ed Markey, D-Mass., has been working to address the impact of social media on children. He is the cosponsor of the Children’s Online Privacy Protection Act, a communications constitution, of sorts, for protecting children who use the Web.

Markey also has given his support to the Do Not Track Kids Act, a bipartisan bill that bans Internet companies from using behavioral targeting methods for tracking children and teens. It also would require parental permission for collecting personal information and location data.

“Sen. Markey recognizes that children are immersed in a digital world that may detrimentally impact their health, development and emotional well-being,” said Giselle Barry, a spokesperson for Markey.

Markey intends to sponsor legislation to fund a study by the National Institute of Child Health and Human Development, examining the role of electronic media on the growth of children, she told TechNewsWorld.

This is not a brand new issue, as smartphones underwent design changes back when distracted driving became a major concern, he told TechNewsWorld, and when online activities fueled violent behavior in society.

“We desperately need to moderate this behavior, as it is having an adverse impact on virtually everything we see and touch, ranging from personal priorities to who runs our government,” Enderle told TechNewsWorld.

“We are currently largely unable to tell bad actors from good, or fake from real news,” he added, “and the very young and old are most vulnerable.”

The move toward advanced automation and robotics makes addressing this issue even more urgent, Enderle said.

On the other hand, the center’s concerns appear a bit misguided to Charles King, principal analyst at Pund-IT, who argued that social media has been blamed for human behavioral issues.

“I believe CHT’s argument misses the boat in a couple of key ways,” he told TechNewsWorld. “The first is blaming and then agitating to ‘fix’ technologies for apparently related cultural and behavioral changes.”

It’s unrealistic to expect companies to change or abandon qualities that make them successful, King said.

However, CEO Mark Zuckerberg last week acknowledged that some of the changes Facebook had made, particularly to the News Feed, were designed to help improve users’ overall emotional well being.