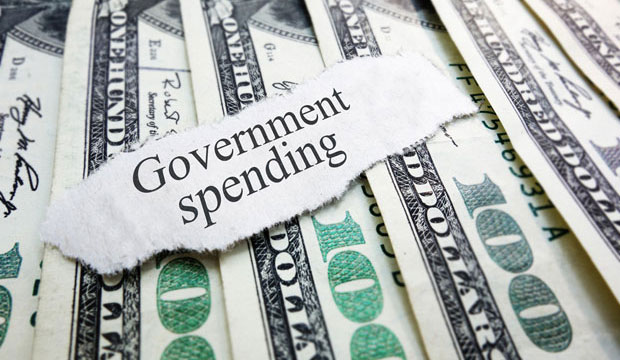 The rapid expansion in the use of cloud technologies to support remote working during the COVID-19 pandemic has underscored that the U.S. government’s increasingly high rate of cloud adoption will likely be sustained for the next several years.

In fact, 2020 was a “historic year” for federal cloud migration, according to Alex Rossino, senior principal research analyst at Deltek. Federal spending on cloud technology reached $6.8 billion in the 2020 federal fiscal year, more than double the level of 2017.

“I think that the federal market turned a corner in fiscal 2018 with the publication of the ‘Cloud Smart’ guidance. After that agencies began rapidly accelerating the migration of systems and use of SaaS capabilities. COVID-19 only added fuel to that fire,” Rossino told the E-Commerce Times.

“Cloud Smart” is a Trump administration initiative to modernize information technology and generate cloud migration at federal agencies with an emphasis on security issues, technology procurement, and workforce improvement. The COVID-19 spurt in cloud usage also reflected a more trusting attitude toward the technology by federal purchasing officials who may have had some lingering concerns about cloud migration.

Those concerns focused on data security and lack of visibility into application performance and availability, she noted in a Web posting during a high point of COVID-19 contagion earlier this year. Agencies that had migrated to the cloud “demonstrated better abilities and agility to deal with the crisis, than those who were still on legacy systems,” Vida noted.

The short-term boost from the pandemic is just one factor supporting long-term cloud adoption at the federal level. Annual federal spending on cloud computing will grow from the $6.8 billion level in 2020 to $7.3 billion in 2021 and to $7.8 billion in 2022, according to Deltek’s analysis

“Faced with aging information technology infrastructure that is increasingly unsecure, and urged by Congress and the White House to control spending while leveraging emerging technologies, federal agencies are turning to commercial cloud solutions as the best method of modernizing their environments,” observed Rossino.

Deltek’s projections are based on detailed data gathering from various federal sources to supplement Office of Management and Budget figures which may not completely reflect all levels of cloud spending. For example, Deltek includes historic trends and cloud activities associated with data center and enterprise IT activities to develop its projections.

Within the Defense Department there has been a decided turn to engage commercial cloud resources. The department’s “in-house” spending for cloud in fiscal 2021 will amount to $41 million, while commercial cloud investments will reach $214 million, Deltek reported. “After years of planning, the Department of Defense appears to be firming up its commitment to commercial cloud, estimating that $300-million of its planned fiscal 2021 cloud budget will be spent with commercial providers,” said Rossino.

The Deltek analysis noted several key factors related to the future development of cloud technology at the federal level:

Cloud Now an Essential IT Tool

Dan Tucker, vice-president at Booz Allen Hamilton, sees several factors driving increased federal investments in cloud technology — almost to the point where cloud migration is no longer optional but is absolutely necessary. Cloud technology is just one of several IT modernization tools that will be needed in the future, along with improved data management, he notes.

“Certainly there’s a requirement for public sector innovation and a need to accelerate the pace of addressing mission needs we haven’t seen in generations. In the world of a global pandemic, the priorities have shifted and we’re seeing necessity become either the mother of invention or the mother of adoption,” Tucker said in an interview with Meritalk, an organization advocating federal IT modernization.

Tucker agreed that increased FedRAMP certifications have facilitated cloud adoption. He also noted that the availability of “low code” and “no code” SaaS platforms which reduce programming tasks are contributing to cloud migration.

“So, it likely stands that the expansion of accredited cloud service providers (CSPs), native services, combined with the proliferation of repeatable cloud engineering patterns, and the evolving landscape of managed SaaS providers will continue to accelerate the adoption of cloud” at the federal level, Tucker told the E-Commerce Times.

“There will be a continued need for cloud migration and cloud native development services across the federal landscape, with potential for more significant acceleration in the defense and intelligence communities,” he said.

Small and Niche Providers Could Benefit

“I do see increased business opportunities for smaller companies with cloud-based offerings,” Tucker noted. While the major CSPs are “continuously bringing their own services and tooling to market, they are also seeking to develop partnerships to bring the industry leading service options and technologies to their current and prospective customers,” he said.

“This may show up as offering in their marketplace, a third-party platform with native integration capabilities, or some sort of strategic partnership which makes it easier or cheaper to procure the niche capability. At the end of the day, the CSPs make the revenue based on data storage and compute charges, so anything that they can do which results in keeping customers on their infrastructure will be seen as a return on investment, ” Tucker explained.

Federal government spending overall is currently subject to a “continuing resolution” in lieu of fiscal 2021 appropriations. But that is likely to be a speed bump in the overall upward trend of cloud investments, according to Deniece Peterson, director of federal market analysis at Deltek.

Investments in the technology have garnered strong bipartisan support in Congress. The upward “trajectory” of federal cloud spending will continue, “given its importance to modernization and the additional ‘clout’ it gained during the pandemic response,” she said. 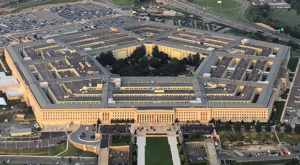