Antitrust regulators from the European Union (EU) levied a US$357 million fine against Microsoft for failing to comply with an earlier order to reduce the impact of its Windows monopoly.

The latest fines bring the total financial penalties assessed by the EU against the software giant to close to $1 billion, with an earlier $600 million fine having set a record for antitrust fines in Europe. The new penalty is based on a $1.5 million per day fine covering the period from December 2005 until last month.

The new fines reflect the EU’s view that Microsoft has lagged in complying with a key provision of the March 2004 ruling that Microsoft had abused its market power — that it turn over documentation on how its Windows operating system works so that rivals can more easily build compatible products.

“No company is above the law,” European Competition Commissioner Neelie Kroes said during a press conference in Brussels announcing the fines. The fines were meant to deliver a message, Kroes added. “It is to give a clear signal to Microsoft that they have to deliver, that they have to stop their abuse.”

The EU also raised the cap on daily fines, meaning that additional delays could be even more costly for the software maker. For its part, Microsoft said it continues to work nearly around-the-clock to gather the documentation the EU is seeking.

Microsoft’s response to the fines came in the form of a conference call in which the firm’s top attorney, Brad Smith, said the company believes it has strong grounds for appeal and may yet prevail in European courts. He also suggested that Microsoft would have produced the specific documentation being sought if the EU had only asked for it more clearly.

“We have great respect for the Commission and this process, but we do not believe any fine, let alone a fine of this magnitude, is appropriate given the lack of clarity in the Commission’s original decision and our good-faith efforts over the past two years,” he added.

The requirement that it disclose how its flagship product works has always been the most difficult part of the EU’s ruling for Microsoft to comply with.

Microsoft has already paid the original fine and has since begun offering for sale in Europe a version of the Windows operating system that doesn’t include the Media Player software.

Recently, Microsoft claimed that it has pulled as many as 300 employees from other projects to focus on gathering the documentation the EU says is needed to help competitors. The company is expected to hand over thousands of pages of documentation to the EU before the end of this month. The first batch of data, found to be lacking, stretched over 12,000 pages.

Whether that solves the problem remains to be seen. In the past, third parties tapped by the EU to evaluate the Microsoft documentation sharing program have found it too expensive and confusing to be adopted.

Meanwhile, many of the competitors that originally complained about Microsoft and set European regulators into motion in the late 1990s have since become Microsoft allies. Both Sun Microsystems and Real Networks, which filed the original complaints about monopolistic behavior, have since settled private suits with Microsoft.

Microsoft has said it will continue to pursue an appeal of the original ruling, but speculation is that if the software maker can win approval for its compliance efforts, it may move the legal maneuvers onto the back burner so it can focus instead on next-generation products such as Windows Vista.

“No matter how many resources and employees and money a company has, at some point all the legal issues start to become a distraction,” said Enderle Group principal analyst Rob Enderle. That, he added, is why Microsoft has spent billions settling private and state-level antitrust suits and other actions, such as patent disputes. “Given the competitive issues it faces, Microsoft needs to stay focused.”

If Microsoft’s current efforts to comply don’t meet EU approval, it may well dig in its heels and wait for the courts to intercede, Yankee Group analyst Laura DiDio said. “They’re going to try to satisfy the EU, but they’re not going to give away the store to do it,” she added. 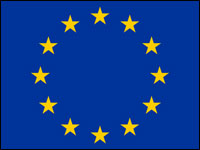