The answer is a no-brainer, according to EnterpriseDB CEO Ed Boyajian.

Founded in 2004, EnterpriseDB began on a quest to disrupt the database stranglehold of proprietary database products with an equally capable product based on open source principles with development rooted in PostgreSQL. The goal was to offer customers dramatic cost savings. 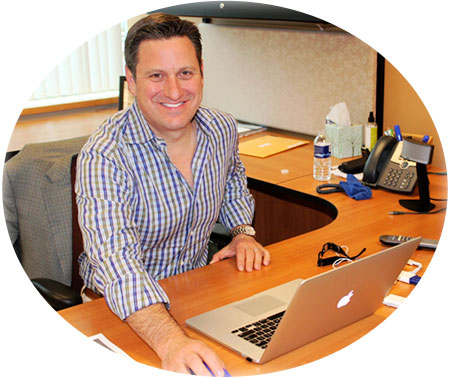 The PostgreSQL Project, more commonly called Postgres, is a hugely popular open source database technology used in business and government offices. It is an object-relational database management system released under the PostgreSQL license as open source software. Its name comes from the project’s origins as a post-Ingres database that developed from the Ingres Project at the University of California at Berkeley in the early 1980s.

There are a lot of parallels in the way EnterpriseDB tests, certifies and supports the community version of Postgres and offers help and customization through subscription.

EnterpriseDB chose PostgreSQL as its technology foundation for its proven performance and reliability over 20 years of large-scale commercial deployments. In addition, the project is driven by a thriving developer community and enjoys a reputation for being the strongest open source database available.

Boyajian’s company markets a subscription service for its commercial open source version of Postgres. His product is the Postgres database with several added enhancement modules that supplement the customization and support.

In this interview LinuxInsider talks to EnterpriseDB’s Boyajian about the new ecosystem reshaping the database market.

Ed Boyajian: The big difference in what we offer as the commercial version is Postgres Plus. The Plus version includes features that we add on to Postgres in four areas: usability, performance, scalability and security. We added installers to make Postgres easier to set up. In terms of technology we added Postgres Enterprise Manager. This is a management and monitoring tool for Postgres, This is a turnkey, complete product.

LI: How much enhancement does a company have to add to an open source community version to make customers want to upgrade from the free version?

Boyajian: In our case we also added technology for multimaster replication. We did work to achieve government certification. This allows government agencies to purchase and use the technology. Another enhancement we built into our customized version is Oracle technology compatibility. This means you can make migrations from Oracle easier. Lastly, we provide the entire project with availability through public and private clouds.

LI: How serious have U.S. government agencies been in pursuing open source software?

Boyajian: I think that situation is changing very, very fast. Governments get serious now about adopting technology — open source chief among them — to cut costs in their IT budget. I will tell you that the U.S. government is by far the largest, most active segment of our revenue for the last one to two years.

Open source use is getting stronger. Almost every branch of government that we know of is looking at or already using Postgres, either a free version or a version from us. Open source is now cutting across all divisions and all departments. Even the contractors that serve the government are also adopting Postgres. This is a really important ecosystem change.

LI: EnterpriseDB competes against giant companies such as Oracle, IBM, Microsoft and a few others. How does an open source enterprise offering convince customers to try out the free version and then up-sell to the commercial version?

Boyajian: The majority of attention that we get comes from developers, architects and DBAs. To that point we get more than 20,000 unique users come to our website and follow through with the free download.

There is already an awareness of open source and a willingness to try the software at the lower levels of organizations. The bigger challenge is in executive awareness at the B level and the C level, where people are much less aware of Postgres and EnterpriseDB.

LI: What are the real costs of open source versus proprietary software? Is there a hidden cost that hits you after you buy it?

Boyajian: I don’t think there really is. Let’s break it down to the basic major differences. Proprietary vendors offer a perpetual license. That comes with a very big price tag — as much as hundreds of thousands of dollars per physical socket or core. On top of that, they add a support fee, which is usually 20 to 22 percent of that number. You pay that annually.

LI: So open source does not come with a “fuzzy math” price tag?

Boyajian: When you add together the license fee plus support over time and compare that to the annual subscription fee, almost invariably the costs are a small fraction for open source. Now, the other cost, which some may think of as a hidden cost, is the cost to migrate — which would be true whether you were going from Oracle to IBM or Oracle to EnterpriseDB. That migration is a real cost that happens whenever someone changes a piece of infrastructure technology.

In the database space it can be very costly to move from one platform to the other. That is true because of the way most databases and applications are so closely tied through the use of stored procedures that it is hard to switch databases.

LI: Can you automate or simplify the transition in every platform migration?

Boyajian: This is what we have done with Oracle compatibility to take that hidden cost away. In our case we made the application designed to run on Oracle and able to run on Postgres without rewriting the application. I think that is a fair hidden cost. We addressed that issue with some additional technology to make the movement cheaper, easier and safer.

LI: How do open source vendors convince skeptical potential clients who may have doubts that open source software indisputably cuts costs and that EnterpriseDB is a better option over proprietary commercial products?

Boyajian: You always have to convince customers to switch. The issue always comes down to price and performance. It really comes down to a simple equation of math. From my point of view, if you think about it from the database market perspective, it is an even easier case to make.

Database is one of the biggest spend items in every IT budget. In fact, Forrester did some research that suggested as much as 30 percent of enterprise IT budgets for software goes toward database spend. That is a staggeringly big number. Customers know how much their database costs. This is not news to them.

LI: Does the line between free download and use versus commercial open source purchase discourage adoption? How does that line affect EnterpriseDB, for instance, and open source in general?

Boyajian: I don’t think so. We see the opposite happening. We see free usage expanding rapidly. I think free usage encourages trial and deployment. That’s good for any technology. I tend to see it working somewhat the other way for almost every commercial database vendor today. They are copying the model by offering a crippled version of their flagship products for very little money or for free.

In fact, we are seeing more attempts to try to imitate the model that promotes broad adoption that we have mastered around open source projects. So from my vantage point, that motion is actually healthy and growing. By putting technology in the hands of users, that opens the door to greater deployment. Ultimately, when usage passes the point of critical mass, most users and companies want the value-added services of a company. Some will always want to use free, and that’s great, but others will reach a point where they want some level of help and support. I think this is becoming the preferred model, frankly. I think it is healthy for business.

LI: As the open source business model continues to mature, will the monetizing line blur between open source and proprietary commercial software?

Boyajian: Companies have to add value to open source software in some way. That starts with bringing engineering value-add in the form of formal tests and release cycles and extends to features and options that exceed what the community version may offer. So you start with a value-add with technology to support the monetization.

Many people are already familiar with the ongoing updates to the support and that technology. Users need the same support from their open source vendors that they are used to from their commercial vendors. I think it is through the continued growth of value-added support that monetization will continue to happen. We have to continue to do those support activities at the pace and the quality of the proprietary vendors. Just because we are less expensive as open source does not mean the government expects less from us.

LI: Does monetization of free open source have any other factors driving it?

Boyajian: Beyond that, an interesting new area of monetization, I think, is emerging around cloud technology. This gives vendors the ability to bring to users on demand in the form of paying only for actual usage by time. I think this is a really compelling new way to monetize.

It is challenging for the big proprietary incumbent vendors to come up with an economic model that works for them. Imagine, they are at the other end of the spectrum. They charge you a massive up-front fee and collect a massive up-front amount of cash that they use to pay for all the other things in their business and profits. The model is built that way.

Think of the cloud model being built exactly the opposite. Instead, you only pay the smallest amount for what you use over time. So we don’t have a business model to change. That is our business model, not just in our case with EnterpriseDB. I think it applies to other areas of open source technology as well. 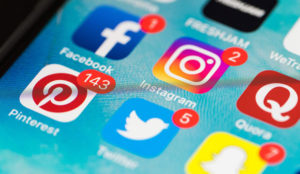