Echo Owners May Get Their Own Kind of Music

Amazon is planning two music subscription services, according to rumors that began circulating last week. One is a US$10 a month offering that is similar to Spotify and Apple Music, and the other is a $4-$5 a month cut-rate service available only on Amazon’s Echo device.

Amazon reportedly wants to launch both in September, but it has yet to finalize deals with major music labels and publishers, or to settle on pricing for the Echo-only service, which will be ad-free and offer unlimited music on demand.

Tying Down the Customer

The planned Echo-only service appears to go against the current trend of streaming music to mobile devices.

Eighty-seven percent of smartphone owners aged 18 to 29 who participated in a recent Pew survey said they had listened to an online radio or music service on their phone, while 41 percent of those aged 50 and above had done so.

“The upside to streaming services is you’re not tied to a device — your music is anywhere that you are,” noted Mike Goodman, a research director at Strategy Analytics.

“If the service works only on an Amazon Echo, the user’s now tied down to a single location, and while it may cost less, it will also be less functional,” he told the E-Commerce Times.

That said, there’s an increasing trend to embed a computer device into the home entertainment system, observed Michael Jude, a program manager at Stratecast/Frost & Sullivan.

“Many outlets, like Tiger Direct, sell purpose-built computers that plug into the home system,” he noted. “This allows streaming services to interface with the home stereo and allow for streaming on a fixed system. Also, many consumers use their home systems to stream music while they do other things.”

Echo “is just a special purpose computer and could easily take the place of a dedicated computer in the home entertainment system,” Jude told the E-Commerce Times.

Consumers want less complexity in their lives, Jude said, based on Stratecast’s research. “A music service over Echo might make the whole entertainment/retail thing less complex and more appealing to the average consumer.”

What’s in It for Amazon

The streaming music tie-in might boost sales of the Amazon Echo, which “is kind of an early adopter device right now,” Jude suggested.

Amazon “wants to sell things retail, and Echo is its way to integrate retail into people’s daily activities,” he pointed out. “If I were Pandora, I wouldn’t worry about this, but, if I were Target, I would.”

The music subscription business is “awfully crowded,” Strategy Analytics’ Goodman said. Spotify is the market leader, and Apple is a strong second, but “there’s a whole host of No. 3s out there — a cast of thousands — none of whom has a significant number of subscribers despite being in the music business longer than Apple Music.”

Apple Music hit the scene just a little over a year ago.

The music business is “especially hard because everybody has the same catalog,” Goodman pointed out. “Apple Music succeeded because it tapped into the huge Apple ecosystem. They have a marketplace they can tap into that nobody else can.”

The question, then, is what can Amazon do to set itself apart? A cut-rate service could let Amazon “undercut Spotify, who has yet to make a profit and carve out a piece of the market that way,” Goodman suggested.

Another issue is how the Echo service will related to the Amazon Prime music service, and what percentage of the Amazon customer base constitutes a greenfield opportunity.

The music subscription service included in Prime “is a competitive product, assuming that it continues to exist,” Goodman observed.

It’s unknown how many Amazon customers already subscribe to streaming music services, Goodman said. “There are more questions than there are answers at this point in time.” 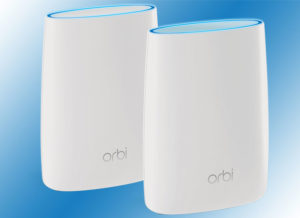 Netgear’s Orbi WiFi Promises Strong Signal All Through the House 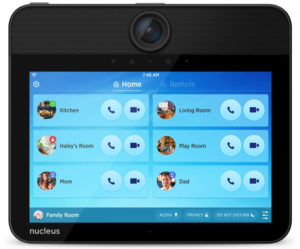