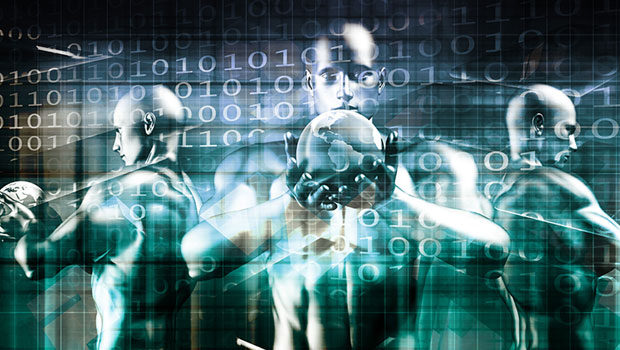 The United States Department of Justice on Tuesday announced an antitrust probe into big tech, following several months of rumors that it was about to do so.

The DoJ plans to review how the leading online platforms achieved market power and whether they have engaged in practices that reduced competition, stifled innovation, or otherwise harmed consumers.

The department will consider widespread concerns of consumers, businesses and entrepreneurs over search, social media and retail services. Its Antitrust Division will seek public input, including from industry participants with direct insight into competition between online platforms.

The goal is to ensure Americans have access to free markets. The DoJ will seek redress if it identifies violations of the law.

While the department did not name any companies specifically, there are strong indications that Google, Facebook and Amazon are among its targets of interest.

“The breadth of this seems to be enormous, which means it will probably lack depth, focus or meaningful change,” remarked Willy Leichter, vice president of marketing at Virsec.

“A thoughtful analysis of actual antitrust issues with e-commerce being increasingly dominated by Amazon might yield useful results,” he told TechNewsWorld, “but throw in a jumble of issues with conflicting agendas, and the process will likely devolve into political theater.”

Politicians on both sides of the aisle, including Sen. Elizabeth Warren, D-Mass., welcomed the DoJ’s announcement.

Big tech companies like Amazon, Facebook, and Google wield enormous, monopolistic power. I've been saying that we need to #BreakUpBigTech for a long time and I support a legitimate antitrust investigation into these companies. https://t.co/IS7Vb3CvSJ

Congressional oversight is needed to ensure that the Trump administration “doesn’t abuse this necessary review in order to pursue its own partisan agenda,” Warren said. “This issue is too important to be dragged into Trump’s petty grievances against these companies.”

Peter Klein, a professor at Baylor University, pointed to a policy shift.

Yesterday marked the start of a new era in US antitrust policy in which the consumer welfare standard was explicitly dropped in favor of more ambiguous criteria. As the NYT notes, this change reflects new trends in academia and policy activism. 1/ https://t.co/Ile31oLQBv pic.twitter.com/POgCADLTPK

“We can expect rigorous investigations prior to the election year cycle,” said Ray Wang, principal analyst at Constellation Research.

“This comes from both sides, where the one political party fears big tech and the other fears the silencing of freedom of speech,” he told TechNewsWorld.

The investigation “will put a microscope on big tech and it will empower those who focus on compliance, but without a decision framework, this is just likely to create confusion and reduce these firms’ ability to execute short term,” said Rob Enderle, principal analyst at the Enderle Group.

“These things can become huge distractions,” he told TechNewsWorld.

The DoJ investigation “will lower [the United States’] ability to compete globally in the short term, but could result in stronger firms in the long term,” Enderle said. “It all depends on how the government and these firms deal with what comes out of the investigation.”

On the other hand, “the slow speed of investigations is unlikely to keep up with the growth of big tech and will probably be no more than a speed bump,” Virsec’s Leichter suggested.

Facebook and Google have been fined repeatedly for violating users’ privacy. Both companies, as well as Amazon, face potential antitrust actions in the EU.

While huge fines have been levied — Facebook just agreed to a US$5 billion settlement with the U.S. Federal Trade Commission — activists’ concerns have not been allayed.

The settlement “lets Facebook off the hook for violating kids’ privacy and manipulating children and teens into making in-app purchases,” said Josh Golin, executive director of Campaign for a Commercial-Free Childhood.

The FTC “did not require an admission of guilt from Facebook,” noted Sarah Miller, co-chair of Freedom From Facebook.

The fine amounts to “a joke to Facebook, a one-time parking ticket,” she said.

Congress should empower state attorneys-general to investigate Facebook before it “can further dismantle democracy,” Miller suggested.

Amazon, meanwhile, has struck fear into retailers small and large.

Nearly 75 percent of retailers with at least 100 employees have expressed concern over being underpriced by Amazon, according to an ActiveViam study covering 500 senior pricing decision makers at such firms.

Where a market has more than 100 million active users, there’s cause for concern, Wang said. “When markets have 1 billion monthly active users, you have a situation headed to digital duopolies. This is the crux of the concern.”

We need regulatory protections, he said, but “the problem is that most legislators lack the technical chops to understand how to write privacy policies that put the power back in the consumers’ hands while ensuring public good and enabling a marketplace for e-commerce.”

A behavioral change would do big tech good, Enderle suggested.

“Recall when Microsoft actually decided to comply with EU requests, they got stronger,” he pointed out. “Behaving allows for more focus on the markets and customers that the firms should be focused on in the first place.”