Dilbert Gets Windows Phone 7, the US Gets the Three Stooges

The two things I found particularly interesting last week were the continued focus on the U.S. government’s inability to live within its means and Scott Adams, the father of Dilbert, accepting the Windows Phone 7 challenge. The first continues to piss me off because both sides seem to be unable to grasp the need to actually live within a budget, and the second provides a much-needed chuckle and some attention to what is likely the most underappreciated operating system in the market.

The two concepts — politicians seeming to work really hard to ignore the actual problem and Microsoft giving a product to a guy who likely will make fun of folks who have lost their sense of humor, like Steve Ballmer — seems to be perfect for a Dilbert cartoon. In addition, I find I could use a chuckle this week myself, so let’s see if I can find a way for us to laugh a little about both of these events. Granted there was a third major event last week, Harrison Ford refused to settle a long standing feud, but unfortunately, I’m still too upset to talk about that.

I’ll close with my product of the week: the HTC Status, a phone that wants to be the perfect BlackBerry replacement but falls a little short.

Zune: History of the Bizarro iPhone

I’ve been researching both what’s been going on in Microsoft over the last decade, in general, and the path to the Windows Phone 7, in particular.

For instance, the path to the Windows Phone 7 started with a major push inside Microsoft to create an iPhone before there was an iPhone. It appeared clear to many of the executives that what was needed to compete with the iPod was a music device that was also a phone. It was also clear that Microsoft’s sustaining advantage against Apple was its ability to license its platforms to a broad market. Also, that Microsoft’s one big successful strategy was “embrace, extend, extinguish.”

Then, an executive who shall remain unnamed — but must be related to Dilbert’s pointy-haired boss — created the first Zune, a product that didn’t embrace the iPod at all, that only connected wirelessly to other Zunes. In effect, it was an iPhone without virtually everything that made the iPhone compelling. It killed Plays for Sure, the only competing iPod platform that had any traction. Then to add to this theme, the product design group created a butt-ugly product and led with the color brown, which provided a distinct and lasting comparison to dog poop.

The memorable joke: “What did Microsoft do when they had the opportunity to beat Apple to market with an iPhone? They Pooped a Zune.”

What is the first thing it did when the Zune didn’t’ sell? Make the Poop look better.

What is the second thing ity did when the better-looking Zune didn’t sell? Reduce the variety and cut marketing.

What is the third thing it did? Actually build a licensed platform that was a better phone than the iPhone. And then instead of calling it something trendy, Microsoft named it “Windows Phone 7” because, well, Windows phones had been so incredibly successful, it didn’t want to lose all that wonderful equity.

In short the company spent nearly a decade doing some of the most incredibly stu…, er, creative things imaginable only to finally get it right. They it gave the phone to Scott Adams, who probably won’t find anything in this story worth writing about.

The Three Stooges (House, Senate, President) and how to F*Up Washington

So the nation is in a world of hurt and this is largely because our government is spending substantially more than it is making. It is currently trying to get permission to borrow more money without any real focus by the old-time politicians on actually addressing the core of the problem, which is the country is buying too much and not making enough. Some really foolish new politicians are trying to force government to demonstrate fiscal responsibility and balance the budget. What a bunch of, er, Hobbits?!?

Yes, John McCain got so upset he called the foolish folks who are trying to force fiscal responsibility “Hobbits,” which suggests he didn’t actually watch “Lord of the Rings,” or is using some kind of brilliant reverse psychology.

In that movie, the only guys who thought the Hobbits were bad either were big evil flaming eyes, or bad wizards who burned smart trees to make Orks bigger and dumber. Let’s see, very pro-business anti-ecology — OMG John McCain is Saruman (I always wondered what happened to that guy). No wonder he doesn’t like Christine O’Donnell (wizards aren’t fond of witches). He also seems to have forgotten that his ex-running mate is now a Tea Party favorite. Though, granted, you can learn a lot from Sarah — like that Paul Revere worked for the British and was a huge gun rights advocate.

This is kind of like watching divorce court, in that neither side is being reasonable, both come across as a bit nuts, neither wants to admit they are equally to blame, or to pay for the mess they created. This has been great for Twitter, which now seems to be fomenting the kind of revolution that was such a big hit in Egypt. I have to admit it is kind of gutsy for our political leaders to create demand for a party that might have barbecued lawmakers as appetizers. This is bad for politics but bodes well for a Three Stooges remake (I’m a fan).

Crap — when did C-SPAN become the comedy channel? Jon Stewart will be so pissed.

Wrapping Up: Ensuring Success for Democratic and Republican Plans

The goal for the U.S. citizen should therefore be to make sure the second part of both plans succeeds. Now that would be government by the people. Funny thing, you’d think one of the first things you’d learn when becoming an adult is how to balance a budget.

Channeling Dilbert, I think the first step to fixing the debt problem is to tie politicians’ total compensation (including gifts) and benefits to U.S. financial performance. I’ll bet things would get fixed a lot faster that way. Or we could elect more wizards and witches, because that has as big a chance of fixing the current problem as what both parties are separately advocating.

Product of the Week: HTC Status, the BlackBerry of Android Phones

There is no product quite like the HTC Status to showcase both Android’s promise and problems. 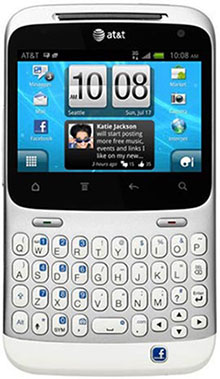 On the good side, it is a full Android phone, which means an iPhone clone, but on more of a traditional BlackBerry hardware platform.

Basically, it’s designed to be great for anything involving text entry and written communication. The small screen makes browsing the Web, games, and movies less exciting than on an iPhone. The hardware design is clean and attractive, and the camera on the back of the phone is more than adequate.

Like most Android phones, the software feels a bit raw, and it lacks the elegance of an iPhone or Windows Phone 7 product. This phone isn’t for everyone; you should have a tolerance for some minor software headaches and love to live on text-based services like email, social networking and forums.

I like choice. Not everyone wants an iPhone or iPhone clone. For those who want something different and rely on text communications, the HTC Status may be the best Android phone in the market. Because that mostly fits my own profile, the HTC Status is my product of the week.