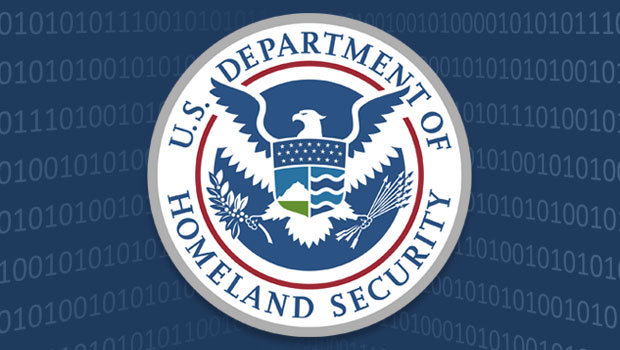 The U.S. Department of Homeland Security this month will start sharing threat information with a small number of hand-picked companies under the newly enacted Cybersecurity Information Sharing Act.

DHS hopes to collect threat indicators from companies and redistribute them to other companies so everyone gets a better view of threats and can use that knowledge to bolster defenses.

The CISA removed a significant obstacle to that kind of sharing: liability. Now companies don’t have to sweat the risk of lawsuits for sharing information with Uncle Sam.

“Taking the liability issue out of the road is a huge step forward,” said Kobi Freedman, CEO ofComilion.

Nevertheless, companies may be reluctant to share data with DHS. At a recent CIO conference, a little more than half of the execs (58 percent) said CISA would make it more likely for them to share information with the feds.

“There is a lot of concern about the ability of DHS to reshare data with other law enforcement agencies if the data being shared is relevant to a criminal investigation,” Freedman told TechNewsWorld.

“Potentially, it could expose the initiator of the shared data to be part of an investigation that it didn’t want to be part of,” he noted.

The CISA employs a soft touch for information sharing. “CISA doesn’t have any disclosure requirements or obligations. It creates a framework for meaningful sharing,” Freedman said.

“The main obstacle to meaningful sharing is trust between the participating parties — government and the private sector,” he noted. “The private sector has to be confident that the government is not only receiving, but sharing, too.”

Only time will tell if the government can build the necessary trust in order to share at scale with the private sector, Freedman said.

“The question is, will the government exploit the trust the private sector gives it or not?” he said.

“What the DHS is doing now is taking a step forward in building trust between the private sector and government,” Freedman added.

“Sharing threat indicators and not contextual data could become a joke,” Freedman said.

“Threat indicators have very short life expectancy. By the time that information is shared, it could become irrelevant,” he continued.

“The government needs to show it can add value to the existing threat intelligence feeds that are being consumed,” Freedman said. “There is real skepticism about whether what the government provides the private sector will be meaningful or not.”

Connecting the home to the Internet of Things is supposed to be a watershed for the electronics industry, but the market just seems unable to build any momentum.

The reason for that? “The IoT is not consumer friendly,” declared Cyril Brignone, CEO ofArrayent.

“Right now, all these IoT products are done in silos. Breaking those silos is key to the success of the market,” he told TechNewsWorld.

All devices should communicate with each other and participate in the security of the home, Brignone said.

For example, if a security system is armed and someone opens your smart fridge, the alarm system should sound. Even if the alarm isn’t armed, if the house is uninhabited from 8 a.m. to 3 p.m. every day and the fridge is opened during those hours, the IoT devices should alert the homeowner that something is amiss.

“Every week I see a new consortium, a new group, trying to create a new standard to make all these products compatible. At the end of the day, we end up with many, many standards, and the number is growing,” he said.

“That’s preventing adoption by the consumer because a mass-market consumer trying to buy a home security or home automaton solution right now has so many options it’s too confusing, even if you’re a geek,” Brignone added.

That confusion can lead to consumer frustration. One-third of smart home devices never make it out of the box after they’re bought, a third get unpacked but not installed, and a third get installed but half are disconnected in a week, he said.

Security, though, appears to be an exception in the connected home market.

“Security companies have been successful in this market,” Brignone said, “because they come with a simple use case, which is, we’re going to protect your home, and they come with a service in addition to the connected device.”

It’s been evident for years now that trying to keep attackers out of an organization’s network is a losing cause. Perimeter defenses alone aren’t adequate to protect the precious data of an enterprise. That became painfully clear to the federal government last week as the IRS and the departments of Justice and Homeland Security all lost data after being penetrated by hackers.

In the case of the IRS, a robot army armed with Social Security numbers obtained from a source outside the agency — plenty of SSNs are floating around the Internet from numerous data breaches over the last few years — managed to access 101,000 electronic filing PINs. Those PINs are used by taxpayers to file electronic tax returns.

The attackers could use the PINs to file bogus tax returns and try to collect a refund check from the IRS for taxes they never paid.

In the case of the DOJ and DHS, a hacker used a compromised email account and some social engineering to get into the DOJ’s computer systems and exfiltrate data. He posted the results of his mischief on the Internet, although much of the information on the 20,000 FBI and 9,000 DHS employees exposed on the Net appeared to be outdated.

What allowed these attacks to succeed was, in all the cases, that the intruders had legitimate credentials — Social Security numbers or a username and password — to penetrate the perimeter of these systems.

“Access controls and passwords work — until someone gets in,” said Zoltan Gyorko, CEO ofBalaBit.

“It’s easier to do social engineering than write a zero-day exploit,” he told TechNewsWorld. “Once an intruder is in, only behavior analytics helps.”