Is there a reasonable expectation of anonymity when defamatory content is posted on the Internet? Is there a difference if the content posted is in the context of political speech?

The answer to these questions is becoming increasingly important as cases surrounding defamatory content are becoming much more frequent. The outcome of Internet-related defamatory decisions is particularly relevant as political campaigns begin to use blogs and social media on a regular basis to foster support and votes.

In addition, political commentators who use the Internet frequently to express their views and garner attention may be at risk if the public interest favoring disclosure outweighs the legitimate interests of freedom of expression and the right to privacy.

In a recent decision, the Ontario Superior Court of Justice granted a motion ordering an anonymous defendant blogger to identify himself for operating a blog that the court concluded was defamatory of the plaintiff.

In the spring of 2010, the plaintiff alleged that blog postings containing prima facie defamatory comments were made about him by the defendant. The plaintiff commenced an action and brought a motion against Google, which was subsequently ordered to provide subscriber information and transactional data regarding the blog and the defendant’s email address. The objectionable postings were removed in 2010 but reappeared through several other hyperlinks.

Identity Information in a Defamatory Context

In granting an order against a third party to provide identifying information the Court in Ontario must consider the following:

In the Ontario Superior Court of Justice case described above, the judge found that absent a competing value such as freedom of expression in the context of political speech, none of the defendants could have a reasonable expectation of anonymity in the face of defamation.

In particular, the judge held that “anonymity should not be uniformly expected or ensured simply because the Internet is used as the defamatory communication tool.”

The court reasoned that in considering whether the public interest favoring disclosure outweighs the legitimate interests of freedom of expression and the right to privacy of the persons, there is no reasonable expectation of the protection of privacy or the right to privacy when using the Internet to intentionally defame an individual in his private life or profession.

Freedom of Expression and Political Speech

The court’s decision distinguishes this case with another recent case involving an operator of a political blog who had allowed a commentator to post anonymously about the plaintiff. In Morris v. Johnson, the Ontario Superior Court of Justice had the opportunity to consider whether the production of identity information of the anonymous defendant who posted on a blog used for political comment can be compelled in order to permit the plaintiff to proceed with a defamation claim. The plaintiff, the former mayor of a small town in Ontario, alleged that in the last mayoral race she was defamed by the defendants.

The court reasoned that it is imperative that it must balance the competing interests of privacy, the public interest in promoting the administration of justice, and the underlying values of freedom of expression and political speech. Using the test as described above, the court held that the plaintiff failed to establish a prima facie case, in particular that the plaintiff failed to set forth the specific words complained of as being defamatory.

In actions of libel and slander in Canada, the precise words complained of are material and need to be included in the pleading itself, and the court must engage in a detailed analysis of each defamatory statement that is alleged.

Moreover, the court made additional findings with respect to the balance of the test. The court found the following:

Harkening back to the second question posed at the outset of this article, recent case law suggests that, in the U.S., the fact that content is posted in the context of political speech indeed makes a difference.

As in the Canadian context, freedom of expression is an important factor in determining whether a U.S. court will grant an order leading to the disclosure of an anonymous speaker’s identity. In Dendrite Int’l, Inc. v. Doe No. 3, for example, one element of the court’s much-followed five-part test is that the plaintiff must show, on balance and in the particulars of the case, that the right to identify the speaker outweighs the speaker’s First Amendment right of anonymous speech.

Recently, the Ninth Circuit Court, while deciding whether to grant a writ of mandamus brought by anonymous bloggers who engaged in commercial speech, suggested that “the nature of the speech should be the driving force in choosing a standard by which to balance the rights of anonymous speakers.”

While the Court did not disturb the decision of the district court judge, who applied the strictest standard in weighing the free speech interests of the anonymous bloggers, it did state that in discovery disputes involving anonymous speakers, “the notion that commercial speech should be afforded less protection than political, religious, or literary speech is hardly a novel principle” (In re Anonymous Online Speakers, ___F.3d___, 2011 WL 61635 (9th Cir. January 07, 2011).

Such is the importance of the distinction between political and commercial speech in the American jurisprudence that a recent case decided by the Ninth Circuit Court suggests that where it is not possible to determine the nature of the speech without knowing the identity of the anonymous speaker, a court hearing a motion for discovery relating to the identity of anonymous speakers should take steps to ascertain the relationship of the speaker to the plaintiff in question, while making certain that details of the speaker’s identity are not disclosed to the public or the plaintiff.

In Canada, freedom of expression is a fundamental right possessed by Canadians with three core purposes, including democratic discourse, truth finding and self-fulfillment.

Although the courts have recognized the relationship between the protection of reputation and the concern for personal privacy, it appears that in deciding whether a court will “unmask” anonymous bloggers for allegations of defamation, the court will assess whether the public interest favoring disclosure outweighs the legitimate interests of freedom of expression and right to privacy of the persons sought to be identified if the disclosure is ordered.

In light of the above decisions, politicians and political commentators on the campaign trail may be reassured to know that “Canadian law recognizes that the right to free expression does not confer a licence to ruin reputations, both with respect to private citizens and people in public office. Those who enter public life cannot reasonably expect to be immune from criticism, some of it harsh and undeserved. [However] Nor does participation in public life amount to open season on reputation.” 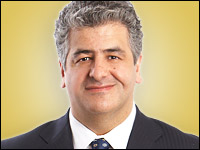 Oracle Seeks Its Ton of SAP Flesh in Court 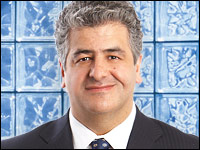