The extent of Amazon’s product offerings is quite breathtaking. Consider that it is not only a powerhouse in book retailing; it also is selling such things as consumer electronics, retail goods, computer services and digital content. Its computer infrastructure is so substantial that it is currently renting it to companies of all sizes on a worldwide basis.

The fact is that Amazon has become a retail and technological behemoth. What’s next for this amazing company, manufacturing? How and why would such a company change its business model and venture into something so mundane as manufacturing?

I’m not sure if Amazon would venture into manufacturing, but we do have a new industrial revolution on our hands today. Companies are able to “print” products via 3D printers. In a July article, I wrote about the type of future I believe possible for 3D printing.

In that article, I say: “3D printing is quite a bit unlike conventional printing in that a so-called printer makes an actual three-dimensional (not virtual) object. 3D printing is also called “additive manufacturing” because an object is made by continually adding layer after layer of raw material based upon a design that comes from a digital file.”

Why would Amazon be interested in 3D printing? My guess that Amazon might be interested is because it is currently adding warehouses throughout the United States with a not-so-long-term goal of being able to offer same-day delivery to its customers. With warehouses strategically located throughout the country, it would be able to set up 3D printing facilities within them, thus making three-dimensional products (manufactured products) conveniently available to major population centers.

I can’t imagine that anyone could reasonably argue that Amazon is not a major technological powerhouse. Its computer infrastructure is so massive that it is renting out its excess capacity to companies throughout the world, as well as to governments, including agencies of the U.S. Government.

With such technological depth, it would seem to be an easy reach for Amazon to get into 3D printing, especially given the fact that it is currently expanding its warehousing presence throughout our country.

So, if technology and logistics don’t seem to be the problem, what would deter Amazon from setting up its own 3D printers? The only obstacle that I see is product offering. Could it offer enough products to make this new direction worthwhile?

I recently browsed Amazon’s site to come up with some initial offerings for its possible 3D printing business. In my opinion, the offerings are breathtaking and easily adapted to what I know as the present-day state of 3D printing.

The first category that I searched was “Tools & Home Improvement.” Under that category, I looked at hammers. It just so happens, for example, that hammers could be easily manufactured using 3D printers. They are not made of moving parts. (Moving parts make 3D printing more difficult.) Amazon has quite an assortment of hammers available. In fact, it has more than 15,000! Not bad for a starting point!

My next search was for screwdrivers — another product easily manufactured by a 3D printer. In this case, I came up with more than 20,000 results.

Using one’s imagination and the benefits of Amazon’s broad spectrum of product offerings, it seems that Amazon might be well situated to consider 3D manufacturing.

Amazon revolutionized the publishing business by allowing writers to self-publish paperbacks and e-books. Their trick with paperbacks that are self-published through Amazon is to have no inventory at all. This is a wonderful example of just-in-time manufacturing (JIT).

JIT eliminates the need for Amazon to keep an inventory of the thousands of books that people have self-published through Amazon’s Create Space affiliate. When an order for a book arrives at Amazon, it merely has to send an electronic message to its printing arm asking it to print out and ship the requisite copies — no inventory costs and no printing of books unless an order comes through. Efficiency at its best!

In fact, I have recently published a book through Amazon, Mother’s Guide to Daily Living, and I found the process seamless and efficient.

Getting Into the 3D Printing Business

Let’s carry my speculation further. If Amazon were interested in getting into the 3D printing business, would it make sense to start from scratch? Of course, the only ones who could answer that question would be the management of Amazon. I do, however, have some suggestions.

One question that comes to mind is whether Amazon’s present suppliers would be so put out with Amazon eliminating some of their products that they would withdraw from providing all their goods to Amazon. I really can’t imagine that, because I can’t think of a situation where it would benefit a supplier to refuse to supply product to Amazon. If a supplier has a well-known brand name, it shouldn’t be overly threatened by Amazon’s competing with them.

Amazon would probably in turn lend its name to a brand of tools that it could offer at prices competitive with well-known brands. After all, if Amazon locates its 3D manufacturing processes at its various warehouses throughout the country, it no longer would have to take into consideration the cost of shipping products to its warehouses for resale — the products would be manufactured right at the warehouse.

So, will Amazon ever venture into the relatively new realm of 3D printing? I have no idea, but it’s fun to speculate. 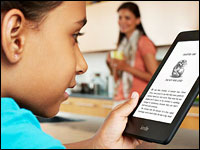