Google’s data collection did not fall within the ambit of an exemption set forth in the United States Code governing wiretaps, the appeals of court found.

“We are disappointed in the Ninth Circuit’s decision and are considering our next steps,” Google spokesperson Nadja Blagojevic told TechNewsWorld, echoing earlier statements the company made on the ruling.

The Essence of the Case

Google contended that its capture of data from unencrypted WiFi networks was inadvertent and that the data qualified as radio communications readily accessible to the general public under a provision of the Wiretap Act.

The Act states that it is not unlawful for any person to intercept or access an electronic communication that is basically readily accessible to the general public, or intercept what amount to public radio broadcasts, among other things.

In the ruling that Google was appealing, U.S. District Judge James Ware of the Northern District of California found that the Wiretap Act uses the term “radio communications” to mean traditional, broadcast radio services, and not all communications that travel over radio waves.

He also stated in essence that although the WiFi networks Google got the data from were not encrypted, the networks were configured to prevent the general public from gaining access to the data without using sophisticated technology.

In the 9th Circuit Court’s ruling, Circuit Judge Jay Bybee upheld Judge Ware’s finding. He also wrote that Google’s “expansive” view of the Wiretap Act exemptions would have produced the absurd result that the protection of the law would depend on whether a recipient of communications was using a secure network.

This could theoretically let someone park outside the home or office of a person using an unsecured network and use a packet sniffer to capture data being transmitted over that network without penalty, Judge Bybee said.

The Miracle of the Fishes

Accidental capture was not a good defense, because Google used the information it captured, Van Dyke told TechNewsWorld.

“Google went out like fishermen with nets and scooped up whatever electronic fish were out there and processed it,” Van Dyke continued.

The company “could have thrown those fish back but did not. Indeed, if the fish was protected, Google still kept it,” he said.

“Under this ruling, when someone intercepts messages you send or receive on your laptop over a public network at, for example, Starbucks, that action would violate wiretap laws,” Simpson explained. “That had not been clearly stated before.”

The ruling means a consolidated class action suit against Google over its Street Car data collection can proceed.

Google could appeal the decision to the full Appeals Court and “could possibly push it all the way to the Supreme Court,” Simpson suggested.

Looking Across the Pond

It is not clear just how the EU will respond to the 9th Circuit Court’s ruling.

Germany has fined Google about US$200,000 for scooping up data with its Street View cars, and the UK ordered it to destroy all such data captured from residents there.

France is looking into the issue following Google’s admission that it did not delete data captured by its Street View cars as promised. 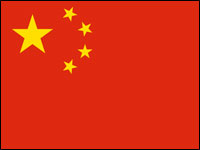